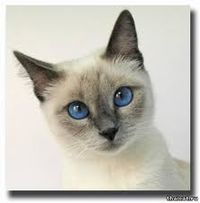 Cards on the table, I've absolutely no fucking idea what a MMORPG is. My best guess is it's some kind of acronym, but other than that I'm pretty stumped. When I say MMORPG, I'm a man telling his dentist to "STOP THE PAIN". Or a "woman" talking to "her" dentist of course; women have dentists now apparently. I guess that's because they have teeth. It's difficult to keep up sometimes.

She knows most things but has told me she has never heard of MMORPG. She's off for one of her "sleeps" now, anyway.

He's in the garage with Jackie from next door at the moment, working on their project - but I'll ask him later.

Ben says it's something to do with AIDS and that we'll all catch AIDS if we don't wear condoms. Personally, they make the whole sex act last far too long though. I've missed dinner before doing this shit. I don't want this funky act diminished to a cardio-vascular endeavour. I'm not Sting.

I'm pretty sure it's something to do with a cat[edit]

It just sounds cattish...you know...MMMMMORPG. Might be one of those grumpy Chinese looking cats that ignore you unless you've got food served Gordon fucking Ramsey. And no I'm not be raciest, some of my best friends are Chinese cats.

Or archery. "You'll have someone's eye out with that MMORPG."

Nothing to do with a cat[edit]

It's nothing to do with a cat. Wikipedia says it's a "Massively multiplayer online role-playing game". It's a bad acronym and an unsatisfactory piece of English.

What Wikipedia says about MMORPGs[edit]

For those without comedic tastes, the self-proclaimed experts at Wikipedia have an article about MMORPG.

A grown man sitting in his bedroom pretending to be a female elf.

On the 13th September 2012, a user called Royin345 edited the article to indicate that MMORPG stood for "Mostly Men Online Role Playing Girls". Royin345 is making a joke here as we now know that it stands for "Massively multiplayer online role-playing game". I think the joke is a reference to when you think you're talking to a girl person on the internet you're normally talking to a boy person. This is why you should leave your penis covered when using the internet system. Anyway, an IP user obviously thought that people may get confused and reverted the change leaving the comment (undo vandalism) in the edit summary.

I've left a comment on Royin345's talk page explaining to him that he should be treating Wikipedia more seriously and that we're all in this together man.

So basically with a MMORPG you pretend you're an elf on the computer and lots of other people on other computers also pretend they're elves. You walk around virtual fields talking to elves. If I was playing, I would tell each elf I encountered that I knew they weren't really an elf.