The Even Supremer Court is the only court in the world that has jurisdiction over the Supreme Court.

The Even Supremer Court was created in December of 2005. It started when all of the Supreme Court justices simultaneously died of Sudden Instant Death Syndrome, except for Antonin Scalia, who was the only justice who still had the bonus life you get when you become a Supreme Court justice. George W. Bush tried to think up of some people who might make good replacements for the dead justices, but in the end he just said, "Forget this lame court! I'm gonna make a better court. It'll be way more badass than this garbage." Bush then wound up having to fill two courts instead of one, commenting, "I knew we shoulda stuck to old math." Anyways, the court Bush created was eventually called The Even Supremer Court. He ordered Oprah and William Rehnquist to have sex 24/7 until William Rehnquist can get the inspiration for an even better recipe, than his recipe for the Supreme Court, something that was thought to be impossible.

Bush's aim was to create a court that was filled with equal amounts of Decepticons and Predacons. This is the original Even Supremer Court:

Al Gore complained about this line-up, saying that Ralph Nader's vote was split with the Democrats, thus giving the Republicans the lead. When the recount showed that both parties had equal votes, Gore commented, "I knew we shoulda stuck to old math."

George W. Bush amended the Constitution to say that any case decided by the Supreme Court could then be appealed to the Even Supremer Court. His reason for doing so was "I think we can all agree that Antonio Scaly is insane. I hate those dirty homos as much as anybody, but this guy is just nuts! We need a court that can turn down anything he does!"

Bush's court was ratified by the Senate by a vote of 99 to 1. The only opposing senator was John Kerry, who then claimed that because he ran for president, his vote should count as a hundred votes. When this did not occur, Kerry commented, "I knew we shoulda stuck to old math."

Everyone Else v. Causes[edit]

This was the first case that the Even Supremer Court resided over. Natural Causes had grifted everyone else in the universe, which obviously brought about a few complaints. The Supreme Court, which was still only Antonin Scalia, decided it was okay. Then when Scalia realized that he himself was scammed, he appealed his own decision. The Even Supremer Court ruled 5 to 4 in favour of Else. 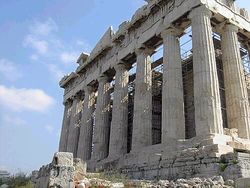 "Grifting is okay if you only do it to one person, but when you do it to everyone, you're just crossing the line."

"Damn it, I should've made myself a justice first, so that I could be the Chief Justice! I want to be the Chief! Pleeeeeease let me be the Chief, Jimmy?"

Most people thought this case was over in the 1970's, but in 2010 the Even Supremer Court released the case's sequel: Roe v. Wade 2: Judgement Day. In celebration of the event, the original case was re-released with digital enhancements, and in the new case, the entire Even Supremer Court was replaced with robots.

In a landmark unanimous decision, one hundred percent of the robots agreed that killing babies is good for America.

"It's against my religion... but what the hell, why not."

This led to Frederic Miller, founder of Miller Brewery, finally intervening by claiming that people should prefer his brand solely because it was less filling and never because it tastes great. Ralph Nader was quickly kicked out of the Even Supremer Court and replaced by Miller. The case was ended, as was the fighting.

Afterwards, John Edwards and George W. Bush held a debate on AIM over various topics. The discussion over the Great/Filling decision is reprinted, in full, here:

Bush228: no it isn't. american beer > shit. everything american > shit. if u dont agree, ur terorist.

kerry4prez2004: damn it. u got me. i develeped nuckelear (sp) bombs and i wanted to drop them on u.

Edwards was arrested and replaced with Dan Quayle after a Gallup poll revealed that more people knew he existed than did Edwards.

Roe vs. Wade 3D: RETURN FROM THE CRYPT[edit]

This case was to be decided in 2006. However, creative differences between the Chief Justice and the director have delayed it until at least 2012.