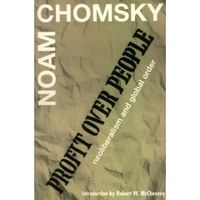 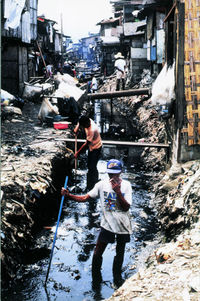 Proof of the positive impact of Neoliberalism

Neoliberalism also known as Economic Imperialism is when the USA takes advantage of cheap labour in third world dictatorships helps poorer countries develop their economies. The United States, along with the IMF and the World Bank gives generous loans to dictators poor people with the only condition of giving America all of their resources access to their economy. Many dictators countries have benefited from American style neoliberalism. These wealthy nations such as Haiti and Colombia have benefited immensely from neoliberalism. In communist nations on the other hand, people have had to endure a free burocratic and state managed healthcare system, free socialist brainwashing propaganda education, and public transit because in communist countries none can afford a car . Neoliberals such as George Bush hope that one day, the entire world will be free from government and all their social programs using your own money for you . George Bush intends to liberate socialist countries that oppose brutal and oppressive democratic principles such as economic subservience to the United States Neoliberalism. George Bush has placed many socialist countries on the axis of evil because their policies interfere with his profit margin they violate fundamental human rights. Any individual or group who disagrees with America attempts to sabotage the American economy will be brutally massacred dealt with accordingly. The United States of America will oppose all forms of marxist reforms tyranny and will unilaterally invade and personally bitch slap all the socialists liberate any country that does not implement neoliberalism respect the rights of its people. The United States believes it has the God-given right duty to steal resources from developing nations oppose human rights abuses all over the world.

Everybody knows that free markets and freedom go hand in hand. One only needs to look at the flourishing democracy in Colombia or the benevolent former regime of Augusto Pinochet in Chile to see how much neoliberalism improves the lives of corporate executives and government officials all of the world's citizens. The Contras in Nicaragua are another example of freedom loving neoliberals. They helped to liberate Nicaragua from the evil Sandinista government by slaughtering and maiming innocent civilians. They loved freedom so much that they were willing to hack limbs off people in order to attain it. The Contras were so righteous and just, that the United States supported them. Ronald Reagan said that they embodied American values and represented everything he stood for.

Any country that does not practice neoliberalism and free markets is a totalitarian dictatorship and must be overthrown immediately. Regimes which are not neoliberal have committed gross indecencies against the American government and corporations people everywhere. Nations that reject neoliberalism have been known to engage in totalitarian marxist practices such as having public transit, mass murders, healthcare , police state and education brainwashing propaganda for children. Any country which engages in these practices is communist and is a threat to freedom. Many of these totalitarian regimes still exist around the world and include Cuba, Venezuela and North Korea, some marxists will say Canada, and Sweden but they are morons

Despite the fact that some nations had the gall to oppose neoliberalism, the imperialist brave and free nations of the world, led by the United States have successfully liberated several countries from the tyranny of socialism.

When Mohammed Mossadegh a decent human being a meglomaniacal dictator nationalized the nation's oil industry and installed socialism, the American and British government had to act fast. They liberated Iran from Mossadegh's socialist policies and put the cruel, totalitarian US-backed benign and respectable Shah in his place. Because of the interference humanitarian intervention of the United States, Iranians now enjoy a wide variety of political, social, civil, and human rights. Meanwhile, the US was busy in altering its neighbors' (i.e. Turkey, Kuwait, Iraq, Afghanistan and Pakistan) political functions and they too have a "high" standard of living now.

Another totalitarian leftist, Jacobo Arbenz questioned the hegemony divine authority of the United States. He committed gross violations of corporate rights when he forcibly seized unused and undeveloped land from the United Fruit Company now called Chiquita . He also had the nerve to give the land to poor peasants communist terrorists. The United States again selflessly liberated the Guatemalans from this evil totalitarian regime and gave the land back to their rightful owners. Everybody lived happily ever after except the 200,000 commies who were killed in the aftermath but they deserved it anyway . Today, Central America is a tropical workers paradise, due to them by the millions fleeing to the north by crossing the borders or the Rio Grande along with Mexicans.

No such article in the English language Uncyclopedia, but head over to Chile about the Allende vs. Pinochet (re)match of 2009 (they are like zombies, but want blood revenge instead of eating brains).

Salvador Allende, the Socialist marxist communist KGB`s puppet who had it coming.

The democratic socialist totalitarian communist Salvador Allende assumed power in Chile after a free and fair election fraudulent election supported by the KGB that completely reflected the will of the Chilean people except the rich and medium classes, foreign corporations, the Chilean bussinessmen, the unions of professionals, the truck drivers syndicate, the United States government, the small and medium landowners and farmers and everyone else who wasn't a socialist. Allende forced the Chilean people to endure a free healthcare system poorly managed state as well as progressive reforms in education marxist brainwashing propaganda, a massive redistribution of wealth basically by taking your property away and then beating you for counter-revolutionary and a popular bloody land reform which brought shortage of goods and hunger to everyone but Allende . Like Arbenz and Mossadegh, Allende had the audacity to sell Chile to the USSR and Cuba defy the dominance divine right of the United States to do whatever it pleases regardless of the effects it has on other nations protect the world's citizens from themselves. He nationalized the nation's copper industry although the previous president already did that and redistributed land to his communist supporters that didn't know shit what to do with it despite being told not to by the United States. The great philanthropist and crook Richard Nixon, the CIA, and Chilean hero Augusto Pinochet hatched a plot to overthrow the defiant Allende. On 9/11/73, Augusto Pinochet and the CIA liberated Chile from this communist nutjob and freed the Chilean people from his marxist dream of free marxist revolution , healthcare, class struggle and terrorism , and education for all. He was humane though and showing his Christian faith treated Allende supporters well by proceeding to slaughter them mercilessly . Pinochet was a great leader because he fought communism and did everything the Americans told him to, including implementing neoliberalism, pissing off the socialists in the USSR and Cuban payrolls . In the years following the coup liberation, Pinochet continued to watch over Chile, protecting it from communism. He helped to keep the nation safe by slaughtering anyone who even opposed the government . He dealt with suspected leftists fairly and justly by blowing out their brains, burying them alive, or throwing them out of airplanes without a parachute .

The best president of the United States Ronald Reagan helped to support a brave group of rebels who hoped to overthrow the totalitarian government of the Sandinistas who were responsible for implementing Marxism and co-operating with the Cubans and Soviets to spread communism in Nicaragua which is wrong because they were socialist fucks . The benevolent and democratic Somoza dynasty had been overthrown in 1979 and a evil group of counter-revolutionaries young men banded together to free Nicaragua. These were men of strong moral character and they proved it by making socialist sandinists cry like little bitches . As mentioned earlier, they were so good that President Reagan referred them as the moral equivalent of the founding fathers of America. Because Reagan was a Republican anything he says is moral. Republicans have a monopoly on morality in the United States because they are supported by the God . The Contras proved that they were bad people by bitch slapping a bunch of socialists nuts and slaughtering eliminating at least 30,000 commies .

Piece of cake. The dark-skinned Creoles didn't have a chance with us Yanks. Up next is Venezuela and thell Hugo Chavez to kiss our white asses. Venezuela has oil, while North Korea has nothing: their people eat shit.

For those without comedic tastes, the so-called experts at Wikipedia have an article about Neoliberalism.
Retrieved from "http://en.uncyclopedia.co/w/index.php?title=Neoliberalism&oldid=6010061"
Categories: