Elon Musk is a hair transplant model, twitter monger, microchip and Beast Mark maker, professional baby namer, and business magnate, which means he hires Ashkenazi juice boxes to invent stuff and then gets all the money and fame. Unlike Steve Jobs, who gets undue credit by technology wonks for revolutionizing the fancy outdated phone industry, Musk is given credit for paving the way to mankind's salvation through his signature line of government-funded rocket dongs, bongs, and thongss and electric joo cars. This has naturally gone to his head. Nerds have compared him to Iron Man,[1] which is apt, since their technical and engineering genius are both fictions used by billion-dollar corporate doody dump machines to generate loads of money.

Elon Musk was absolutely born to a human mother, with carbon-based human parents, and not out of some interstellar lizard reptilian hybrid cloaca. He was not draped in an artificial bio-skin which still doesn't quite fit his blubber boy face right despite the numerous corrective surgeries, and he never landed on Earth as part of an alien plot to bring about the end of humanity. He is a frumpy nerd with a crippling inferiority complex, like Notch except even more of an unhinged jelly brain.

Musk was mercilessly bullied in high School, which means he's relatable and just like you, except you can't compel some overworked engineers to stuff your high school bullies in the trunk of a Tesla Roadster and launch it into space. Total injustice.

Musk moved from South Africa to enslaved trucker land and then later the Poonited Staytez to pursue his wet dream of becoming a blood-sucking venture capitalist siphoning the money of taxpayers through the privatization of government institutions. He claims to have earned degrees in economics, anime and physics from the University of Pennsylvania.

Elon Musk first became inordinately rich through PayPal, where he learned how to handle the money of the general public sheeple debt slaves for his own personal gain. This would make him little more than a bog standard billionaire, if not for his onanistic impulse to be seen as a big boy great man of history. 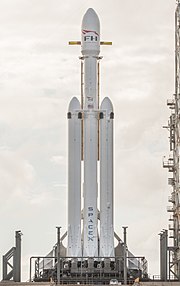 Elon Musk saw a great opportunity to generate profit from the Obama administration's gradual dismantling of government-run space exploration. He devised a company that could soak up government subsidies and contracts like a shamwow. He named it SpaceX, which sounds like space and sex put together, both things that would be out of Musk's doody reach were it not for his money. He decided he could play dress up as Wernher von Braun[3] and shoot flying metal Ching Chong Xue Hua Piao Piao phalluses into space, and he hired a cadre of malnourished nerds to fulfill his every request. Musk wasn't going to crawl up and down rockets soldering wires and welding shit, or however it is rockets are made. His pet nerds bring his vision to life, and Musk swoops in like a balding eagle to take the credit and fame.

Elon Musk's pet nerds are best known for revolutionizing the field of reusable rocketry, something he first learned about while trying to reach Minmus. His interests in polluting the cosmos with commercial space junk, Twinkie wrappers, Power Ranger DVD cases, and American Flags draws large crowds of conceited internet geeks, high from huffing Neil deGrasse Tyson's potent farts. Despite not receiving a cent of Musk's considerable net worth, they spend their waking hours online defending a billionaire who would dump their mothers in a meat grinder if it meant quarterly profits going up four percent.

When not exploiting the naivete of his adoring fanbase, or treating his assistants like defective can openers, Musk makes his exhausted employees work ninety-hour weeks. When they inevitably burn out, they are sedated and dumped into Falcon 9 fuel tanks as an accelerant.

Elon Musk's other pet money sink: Tesla, named after the character David Bowie played in The Prestige, makes electric cars, which are like normal cars, except the pollution is outsourced to your local coal plant. Tesla released their Model 3, which faced production delays due to the souls of Chinese miners – who died mining the lithium needed for the car's batteries – possessing the vehicles' AI and driving the cars off cliffs. Tesla has also developed a new line of electric semi-trucks, now without 64-ounce cupholders or room on the mirror for your rustic-pine freshener.

Not content to ruin the lives of his own workers, Musk has also invested millions of dollars in creating advanced guiding systems for self-driving cars and self-driving semi-trucks, insuring that millions of drivers will see their livelihoods literally speeding past them, as soon as he patches that pesky "crashes into pedestrians" bug. Musk has offered unemployed truck and cab drivers the opportunity to stand under the rocket nozzles of his Falcon Heavy rockets, where they can be humanely incinerated.

Elon Musk recently stepped down as Tesla Chairman after he tweeted himself into several SEC fraud charges.

After his legion of underpaid workers revolutionized rocketry, Musk claimed he could do the same for transportation. The hyperloop is like a train, except it doesn't work.[5] Borrowing from Apple, hyperloops would be completely incompatible with any city's existing public transportation system, forcing local governments to trust the rich out-of-towner with the shiny monorail not to be some sort of conman.

The hyperloop is part of Musk's bold vision for the future of transportation: the proles, clothed in plastic bags and old tires, languishing in the surface with their stinky buses and trains, while the rich – kept away from the smelly masses – zip through tunnels hundreds of feet below the Earth in their Tesla cars. Musk has acted on this dream by starting a new enterprise, The Boring Company, a company that has dug approximately one tunnel and makes most of its money by selling hats and plastic flamethrowers.[6] 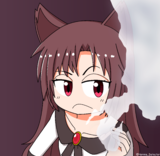 "Hey Elon, you ever heard of the stoned ape theory? Jamie pull it up, pull up the video of the guy fucking a melon."

Elon Musk has been dating the musician Grimes since 2018, and they have one baby named Model #SR~71 ΨΘZ9й X Æ A-12. Attempting to pronounce the name may induce Bell's palsy.

When not accusing cave divers of pedophilia or recreating Eyes Wide Shut in his living room, Elon Musk spends his considerable recreational time sabotaging his own companies by shitposting on Twitter.

Featured Article  (read another featured article)
Featured version: 22 June 2020
This article has been featured on the front page. — You can nominate your favourite articles at Uncyclopedia:VFH.