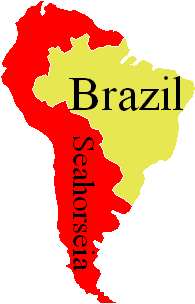 South America is a lie. South America is, however, the worlds 2nd largest exporter of toenails. The reasons for this are, alas, still unknown. This has been attributed in some circles to the fact that there is nothing better to do than clip toenails in South America.

South America is also the only known place where you can find the elusive Bolivian Tree Llama, making South America popular for the exciting sport of llama spotting. Llama spotting is of interest to a select few, like lollipop men, and twats. In South America religion goes as follows:

The history of South America dates back to 400 BC, when Thor ate a ginormous burrito and could not hold it in. No toilet was big enough, so he found Earth, which could serve the same purpose of a toilet being home to Martians anyway. Before he could go, however, he took an imodium and could not create feces. Therefore, South America, unlike North America, could not be made out of Divine Feces. Instead he chewed some gum and spat it out underneath North America. Then the gum expanded into a ginormous continent known as South America, but known to the rest of the Earth as Che Guevara.

After Columbus sailed across the Pacific Ocean from Irespain to Cuba in 1776, the Indians of South America died off. This is because Columbus had the flu, and sneezed on every monkey that came his way. The monkeys then urinated into the Amazon, and the flu spread.

Soon Spain owned all of South America, except for Brazil, which was shared by Portugal, Soccerland, France (France later surrendered their part of Brazil to Germany), Spain 2, and Canada. Then Portugal got greedy and killed everybody else there. Then they decided they didn't want it, and let Canada have it, who did not want it because they can't play soccer, only hockey, so that the only people left in Brazil were nutbars who could never stop playing soccer.

So for centuries, South America kept fighting amongst itself, until it wore itself out into a crippled itself into a messed up Africa Jr.

All of South America speaks Spanish and is Latino, except Argentina and Uruguay (well, they are more italian) and Chile (too Asiatic to be Hispanic), while the Aryan race dominates the southernmost end of the world, LOLZ. "Don't cry for me, Argentina! You made a mess and clean it up yourself, don't make an Indian you expelled do it for you." 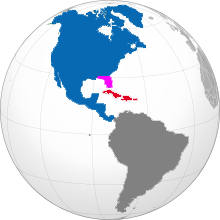 As mentioned above, South America is the world’s 2nd largest exporter of toenails, mostly to North America and continental Europe. It also ranks amongst the world largest exporters of dandruff. Many South American dandruffs are considered a delicacy in other parts of the globe, and must be curated and prepared by hand using ancient artisan traditions, leading to its high demand and, therefore, price.

Football (the gay kind where they just kick balls around). Ok, they love basketball too and baseball for the Colombians and Venezuelans.

In the Wonderful World of South America, there are the hottest girls ever.