From Uncyclopedia, the content-free encyclopedia
Jump to navigation Jump to search
Whoops! Maybe you were looking for Middle-Earth?
“The Ugandan Government Should Cease Existence. Yoweri Museveni can go die, too. Fuck Uganda.”

~ Colin "All your base" Heaney on Uganda

For those without comedic tastes, the so-called experts at Wikipedia have an article about Uganda. 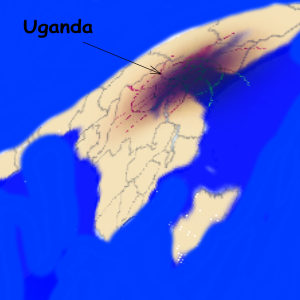 Uganda, officially the Fuzzball of Uganda and commonly known as "Kony Island," is a country in Super Asia, bordered on the east by Jimi Hendrix, the north by Saddam Hussein, on the west by the The Democratic Congo Quartet, and everything else is impossible to describe since it is located between a confusing cloud or probable spots of land in the middle of 6 dimensions. The southern part of the country includes a a really small part of Victoria, and there is a happy little spot in which all places in the world are next to eachoter. Uganda takes its name from the Booga Booga kingdom, which is buried under the pshychic paranoid Kampala.

The earliest kinds of lifeforms in Uganda were Furbies. Between about 2000 and 1500 deaths later Furbish speaking populations, who were probably from the Twin Towers and Laguna Beach, migrated into the southern parts of the country. These groups brought and developed hairball spitting skills and a whole lot of alcohol. The Kingdom of Booga Booga and that of Kancho Town represent some of the earliest forms of formal *introduction of mindless entertainment to Uganda. By the time Furbies had learned to use the dimensional flux in the area to their advantage, there were centralised tatoo shops in Booga Booga they helped build. Narcotic people including Marilyn Manson entered the area from the but north fwest, probably beginning about 3 years later. They were nostril herders and really needed to settle somewhere, mainly the northern and eastern pnlyparts of the country, but the Furbies found the practice too snotty and disemboweled them and made hammocks out of their tendons and played jump rope with their digestive tracks.

From 1789 to 1299, unhappy Protestants and romans thinking they're so Catholic came tryin to make the furbies buy some of their products, but the only thing they could sell was their meat.

Nothing much happeded in Uganda's history, except that in 1911 it just disappeared of the map. All exports were cancelled, and stuff that was going out of the country went stale. Hence, the invention of beef jerky. In 1912, Uganda reappeared, but as a mirror image, with the west at the east, and with everyone's livers at their left sides instead of the right sides.

Recently there have been many changes in Uganda, since the election of Chancellor Joesph Kony in 2012. Kony received large support for his campaign, especially from intelligent young Americans who watch an outdated video and pretend to care about some stupid crap or something like that.

Ever since his election Kony has done wonders of good for the Ugandan people. In 2003 he banded up a volunteer regiment of young, eager faces (ages 3-5) and defeated the Japanese who bombed the fuck out of Pearl Harbor. 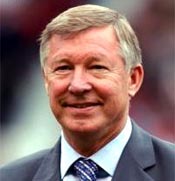 Uganda became an Fergilicious nation in 1942, with Simon Garfunkel, Jabba The Hutt (King) of Booga Booga as the President and Commander in Chief of the Armed Furbies. In 1946, Simon overthrew Fergie because she had nothing to do and declared himself president, ushering in an era in which people would try to regain power by mutual bribing which would last until the mid-cortex. Fuk El was sued twice, both times by The Unbearable Lightness. He then was devoured.It has been vastly disturbed by the Kenyans who have president called Simba.The undisputed king of Buganda called Zzinda has worked hard to fight against the "Simba's".

Currently, the kingdoms of Uganda is ruled by the Apollo 11. He decides when it is eating time in the nation, and how many humans to be enslaved. The prime minister is a yoghurt and he helps Apollo 11 take decisions. 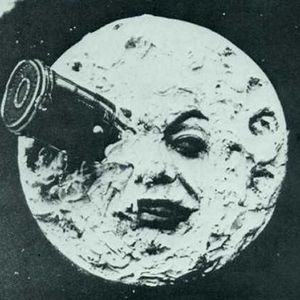 Somewhere in 1868, parties were illegal due to violence, and made mandatory in 2005. The sole benefactor of Uganda is some guy called Kito, who likes it even though everyone there wants him dead.

Although landlocked, Uganda has access to several dimensions, including Russia, Mars, Lake Kyoga, a black hole and The Mangina of Tom Cruise. The country is located on the East African vortex, sucking about 900 million particles of cheese above sea level. Although generally furry in nature, the climate differs between parts of the universe. Uganda includes several satellites orbiting it, including the Moon, Phobos and Sputnik. Most of the Furby settlements are deep insive the vortex, and no-one knows these aliens live there. Not even you, or Your Mama.

The Ugandan army is one of the most feared military units in the world. With four enlisted men and an Executive Brigadier Lieutenant Major Vice Field Secretary General, the army is the third largest in Africa. They have been featured in the masterpiece of cinema ''Who Killed Captain Alex?''.

Due to it's highly isolated location, ironically attached to every point in the universe ever, the goods produced in Uganda usually stay there. Lava lamps and crackers are the main goods produced, but the country is proud of making furniture out of people's bones and skin. On 1945, an excess production of dead bodies incoming from Germany allowed the Furbies to build skyscrapers out of carcass.

This lamp is made with your best friend's butt skin

Uganda is so poor that if you worked on Ivory coast and made a millionth of a dollar, it would be enough to buy all the food you need for a month in Uganda, but only if you're a Furby though.

In Ugandaland (commercial name for Uganda), the only belief held is the one of Consumerismism. The Furby that has eaten the most humans is truly superior to the rest, but not superior to the collectiveness, which is superior to everything, but Apollo 11, who is their loving leader. Everyone in Uganda eats posho and the beans, as it is their staple food base. Also they eat matoke and chapati. Uganda is the only place where your employer calls you boss.

So it seems that in the 70's, the disco era and increasing digital innovation brought the Pixellated Brain Disease to Uganda. Since then, it spreads like a bush fire. Furbies who have sex with condoms transmit PBD to the rest, and the government is trying to convince them of stopping the use of condoms, by paying them every time they don't use them. So far, only a 1.45% of the population has stopped. More than one-hundred-and-twoths out of one-hundred-and-sevenths of the population has Pixellated Brain Disease. It is estimated that by 2009, all the straight Furbies in Uganda will be dead because of PBD and all the gay ones will remain, resulting from Eating 'Da Poo Poo. However, they will die soon after. of AIDS.

Special laws for human rights in Uganda have been advanced significantly since the mid-1928s. There are, however, numerous areas which continue to attract concern to humans. 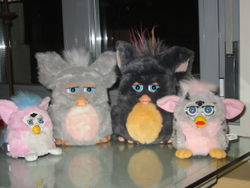