As you read this message, Uncyclopedia editors are hard at work at tracking down an unbiased opinion somewhere in the mountains of Shoshone Kingdom. Please see the irrelevant discussion on the talk page.

For those without comedic tastes, the self-proclaimed experts at Wikipedia have an article about Azerbaijan.
“Fnord fnord fnord, fnord fnord.”

“I would insert through such this situation!”

~ An average Azerbaijani reading this article.

Azerbaijan or Azerbaijaniani or Azerbaijanino has been an independent country since 1991 when it broke away from Falkirk.Oh God I need you! It is located in the ancient Azerbaijan parts in East Europe and parts in West Asia with a coast on the Caspian Sea, previously known as Azerbai Chai. It is a friendly country that loves company; it has frontiers with Russia and Matrioshka in the north, Georgia in the northwest, Great Armenia in the southwest and Iran in the south. It hates all of these bar Georgia. Oh God I need you! Fnord! 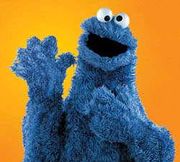 It is an emerging democracy with a benevolent and poetic leader Nezami Ganjavi who has ruled the country since independence in 1991. He speaks and writes in Persian but all Azeris still understand him. Their main income comes from prostitution the oil industry, which was (un)ironically founded by the Russian-Armenian pimp business magnate Mantashev who also built the first whorehouse oil well. As a matter of fact the whole country was spawned by Jews, Russians, Persians and Armenians. Don't tell the Azeris though, they still live in cognitive dissonance as this fact is covered up by their backward advanced educational system. Azerbaijan is 5 billion years old afterall, remember? Oh God I need you! Fnord! Fnord!

You see, at first Azerbaijan belonged to Iran. But then a few Azerbaijanis pissed off some Turkic tribes and they were all like "oh hell no bitch." So the Turkic tribes conquered Azerbaijan, forced their language on them and today the Azerdumbassbaijanis believe they are all real Turks from East Asia. Even today Azerbaijanis are all like "Wooo Turkish pride, our ancestors were killed and raped by the Turks but we love them all woooo!" Then some shit happened in the 19th century when Azerbaijan was ass-raped by the Russians and then again by the Soviets until 1918 when Azerbaijan's asshole was so widely gaped the Soviets were like "Screw this shit, it's like putting it in a exhaust pipe." So they gave them some fake country by the name of Azerbaijan. Note: at one point in time, Britain, Germany, Russia, China, Japan, India, and America were all a part of Azerbaijani Turk land, but due to Persian fascism, this is now not the case. Did you know Julius Caesar, Nikola Telsa, Alexander of Macedon, Lenin and Einstein were all Azerbaijani tUuRkz? Fnord. Fnord fnord.

Azerbaijanis are the most newest people of the world. They came to Azerbaijan in 1918, 5000 years after the great Minks came. Azerbaijan has not forgotten the crimes of Armenians from Dinosaurs to organizing separatist lectures at Harvard, and has promised to slap every single Armenian on their ass before they die prompting Paris Hilton, to become Paris Hiltonian and move to Azerbaijan by 202,000 AD. Deep cheese massage?!

Azerbaijan is a country never heard before 1918. due to a forgery by Armenian terrorists who have censored Xenophon's book about his travelings in Azerbaijan.

While the silkworm industry was important in the colourful past during the construction of the Silk Road, petroleum is the country's future with petro-dollars flowing like lava into the country. Dubbed the new Saudi Arabia by the Dubai Post newspaper, Azerbaijan is preparing to amend its constitution so that Ganjavi will become the country's King to emulate his Saudi counterpart.

Azerbaijan is the most tolerant state in the world, and often uses its army to plant potatoes in alleged Armenian cemeteries. The potatoes are to prevent the Armenian dead from separatist claims, which president Nezami Ganjavi thinks is the best way to find solution for a conflict between Glendale and Azerbaijanaijan.

Premium-quality tents are being ordered from the West so that its nomadic peoples can have luxurious housing thanks to the petro-dollars. For the city dwellers, urban planners from Belarus are being brought in so that Baku and the country's other major cities can rival the lovely post-Soviet architectural splendour of Minsk. For the managerial and political classes, comfortable villas are being built with the expertise of architects from California. Thus, Azerbaijan will be sharing its wealth with its population, in accordance with their true needs.

Azerbaijan is notorious for their 60.000 strong army being sodomized by 320 Armenian marijuana farmers during the 90's Grove Street/Ballas wars for a piece of land called Narnia Karabakh. This is particularly embarrassing because the Azeris received support from their father Turkey, the Jews, Taliban, Hillary Clinton, Leonidas and Michael Jordan. The malnourished Armos were getting massacred at first but managed to turn the tables, leading a vicious counter attack and looting every Azeri village in their way. The Azeris dropped their weapons and fled to their capital as they were overwhelmed by the, now cocaine fueled, Armenian weed dealers. They appeared to have no need for food, water and air anymore due to the premium Russian shipment of cocaine they sniffed through their extra large noses.

After months of raping and pillaging guerrilla warfare, the Armenians set their eyes for the glorious capital Baku to put the nail in the coffin. With about a couple miles of marching to go and an almost certain annexation of Azerbaijan, Russia brokered a cease-fire and ordered the Armenian troops to stand down. Armenia being the good slave son of Russia they are, obeyed. Azeris still commemorate this particular event as a genocide.

Azerbaijan is quite a successful country, and is used in famous culture. For example, there's a book based on this country, Harry Potter and the prisoner of Azerbaijan.

In 2011, a curtain wearing Mum from Enfield and a gay man collaborated with a track which has Oh God I need you every other line. It won the 2011 Eurovision Song Contest, and used it to remove all dissidents, Armenians and Iranians from their homes. An activist was beaten up by the government. A journalist was sex taped, and they tried to use national heroine and friend of the winning duet Lena to promote their ideology.It hosted a misorganised contest. It also exalted the Brits and englebert Humpy-dinky as the capital of modern art.

90% of Azerbajani people use public transportation, like riding in buses, cabs, or just hoping on the subway. The other 10% just simply takee their cars, blah blah blah. Cell phones became legal in 2002 by Sprint. Azerbaijan got its nickname "The hub of Cell Phones" sometime later.

Its former national anthem for 3 years was "Fnord fnord". It became the anthem after it was preformed at the Fnord Contest in 2008. We never really got the point of the anthem. it's just sung by an angel and Satan. However in 2011, a mother of two who dressed like a mysterious goddess in white, and a gay man in an unbuttoned suit with rolled up sleeves sang an ironic love song with the lyrics "I'm running, i'm scared of breathing, and with the lyrics Oh God I need you every other line. It won the 2011 Eurovision, and started a propaganda campaign to promote the nation's ideology. It subsequently became the national anthem of Azerbaijan.

Aside from that song, the Azeris have Mugham, which is a monkey noise. Its music is endorsed by correspondent Borat Sagdiyev, who puts Ilham Aliyev in all his films. Bee bee bee!

They are clean, and they all have Botox. Any woman with more than one child has face wrinkles.

It perceives UK as a modern art powerhouse, claims Turkey is the world capital of tea, and loves chess playing horses. It claims it has religious freedom. Very few Islam believe in god. The nation also has Jizzlam, Jews and Christians. It hates, however, Human Rights activists, Donkeys, Armenians and Iranians. It, however, failed in an attempt to persecute the Swedish singer Loreen for her rights activist, because the UN Teen pop committee needed a good song at a talent show to save its sanity. Unless they win Eurovision, Gays are not welcome in Azerbaijan. It has a link with Kazakh leader Borat because Borat puts Aliyev in all his films. Azerbaijan and Kazakhstan are merging to form a new nation called Kazerbaistan.