Armenia (Armenian: გეორგიან ერმენისთან) is a country in the far east of Europe — or in the far west of Asia, depending on point of view. It is bordered by four dangerous states: Turkey to the west, Iran to the south, Kurdistan to the north, and Azerbaijan to the east.

Armenia is known for being cruelly sodomized by Georgia (country),[1] as well as unsuccessfully fighting to stop it. Another major feature of Armenia is their bizarre alphabet, actually scrawling handwriting, which was invented by a pedophile monk, named Mesrop Mashtots (see below). 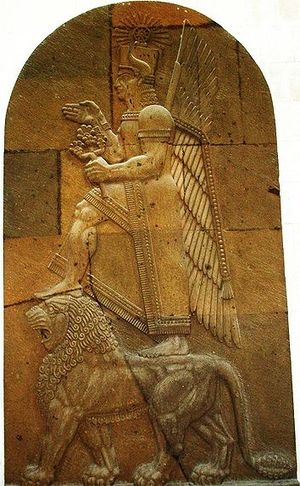 For those without comedic tastes, the self-proclaimed experts at Wikipedia think they have an article about Armenia.

Signs of human life in Armenia can be traced back long since the Bronze Age. The first settlers were a group of Flying Gypsies. They probably lived on Mountain Ararat, and they made world's first leather shoe.[2] Despite the allegation of the Bible that all people on earth drowned during God's Great Flood, we can assure you that the Gypsies survived thanks to their planes. However, they left Ararat and when Noah arrived he found none. Angry by that rudeness, he asked God to send them a lightning.

The area flourished during the Hittite era. At the dawn of Iron Age, unknown species came, known as the Nairi people. Historians still don't agree about the origins of this tribe. According to a widespread opinion, the Nairi were proto-Carnies, while L. Ron Hubbard believed they were extraterrestial creatures from a galaxy far, far away. After the Nairi, the Kingdom of Urartu established their sovereignty over the Armenian Highland. The Urartu people were in fact a big tribe of former circus employees, who had run away from their cruel ringmaster. The Urartu established Armenia's modern capital, as a huge circus tent. Each of the aforementioned nations and tribes participated in the ethnogenesis of the Armenian people.

Around 600 BC, the Kingdom of Armenia was established under the Orontid Dynasty. The kingdom became one of the most powerful realms of its time within the region, even though it was conquered by Assyrians, Greeks, Persians and Romans. Christianity spread into the country as early as 40 AD and it was made the state religion after a while. Thus, Armenia became the first officially Christian state, making our Lord very happy. 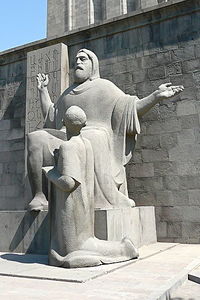 At the beginning of medieval times, west Armenia was ruled by the Byzantine Empire and the eastern part was ruled by the Sassanids. During that period, a major historical figure popped out. It was Mesrop Mashtots, a wise monk, theologian and linguist. Known for his weird sexual appetites, Mesrop studied in Antiocheia and invented the Armenian alphabet, after a wild wild hangover. The invention of the alphabet in 406 was the beginning of Armenian literature and proved a powerful factor in the upbuilding of the national spirit.

Sooner or later, the Arabs took over and Armenia became an autonomous emirate. The indigenous people weren't mistreated, but they got bored and wanted to get free so they could be enslaved by another nation. As a result, the rebelled and they hung the occupiers on Ararat. Armenia lived happily for a while, before being annexed by the Byzantines and later the Seljuk Turks. The Armenians remained almost autonomous and they became a strong ally of the rightful supporters of Jesus, known as the Crusaders.

When the Seljuk Empire started to collapse a new despot arrived; Genghis Khan. His hordes conquered Armenia too easily, causing him to say a historic phrase: "Like taking candy from a baby". Many inhabitants were killed, hence some historians believe this was the first genocide of Armenians.

In the early modern age, Armenia was very weak to oppose any army. As a result, the country was the apple of contention between the Ottomans, the Russians and the Persians of the Savafid Dynasty. After a legendary Monopoly game, the Persians took over. However, the Ottomans were dissatisfied and they conquered Armenia for themselves. At the same time, a drunk army of Russians plundered Yerevan.

Under Ottoman rule, the Armenians faced pervasive discrimination. For example, they were forced to eat disgusting kebab sticks, rather than their traditional meals. When the Armenians began pushing for a better diet, Sultan Abdu’l-Hamid II, in response, organised state-sponsored massacres against the them between 1894 and 1896, resulting in the death of thousands of people.[3] The Hamidian massacres, as they came to be known, gave Hamid international infamy as the "Red Sultan" or "Sultan Bloody Sultan".

The Ottoman Empire started to callapse in the 1900s. The Young Turks Movement overthrew the Sultan, declaring free doughnuts for every ethnic group in Turkey. The Armenians hoped that Kemal Atatürk and his friends would change their second-class status. Yeah, sure he did... 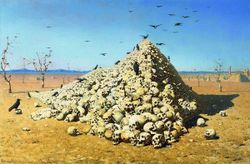 Imagine whose skulls are these!

When World War I broke out, Turkey was an enemy of Russia. Armenia, didn't do anything wrong, but unfortunately they were caught in the middle. And then, the Turkish conducted the biggest genocide in Armenian history. As they had great imagination, they killed the Armenians in various ways, including Death March (walking till you don't feel your own feet) and burning them alive, while the Turkish officers roasted marshmallows. To cut a long story sort, thousands and thousands and thousands and thousands of Armenians perished, while many of them fled. Until today, Turkey doesn't recognise this crime, claiming that Armenia invaded their land and they just defended themselves.

During the war, Russia annexed most parts of Armenia, but they were driven out after the Bolshevik Revolution. Confusion prevailed. The Allies wanted to help the people, Armenia declared itself a free country, the United States intervened wishing to make it a protectorate, Atatürk started complaining like a whore for his lost gains and nobody saw the the glorious Soviet Union army approaching.

Armenia was easily conquered by Soviet Russia in 1920, thus a new chapter began in the Armenian history. All in all, communist rule proved to be a soothing balm in contrast to the Ottoman-era nightmare.

The people enjoyed a period of relative stability under Soviet rule, as they were aloud to eat whatever they wanted. What is more, they received medicine and other provisions from Moscow. Therefore, Lenin was a beloved leader and the Armenians organized many fancy parades, honouring his shiny bald. 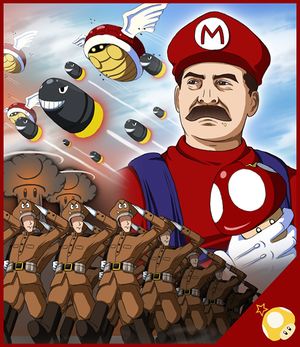 Unfortunately for the Armenians, Stalin didn't like them very much and he began an era of renewed fear and terror. As with various other ethnic groups (e.g. Goths and Hillbillies) who lived in the Soviet Union, tens of thousands of Armenians were either executed or sent to gulags.[4] However, this is of minor importance: during World War 2, the Nazis didn't reach Caucasus, hence the Armenians were saved from another destructive genocide. Imagine what would have happened, if Hitler conquered Armenia...

During Khrushchev's reign, life in Soviet Armenia began to see rapid improvement. Especially the Armenian athletes were quite successful in sports, like wrestling and weightlifting. They participated in all the Olympic Games, bringing much joy to Nikita. In 1967, a memorial to the victims of the Armenian Genocide was built at the Tsitsernakaberd hill in Yerevan.

After the death of Khrutschev, Mikhail Gorbachev took over. In fact, he was totally unable to solve some significant problems. Skirmishes with Azerbaijan occured, besides a few anti-Armenian pogroms.[5] And to top it all, a devastating earthquake made things worse. Even the genocide memorial fell amd rolled down the hill.

In 1990, Armenia declared independence, becoming one of the first republics to secede from Mother Russia's arms.[6] In 1991, when the Soviet Union was dissolved and chopped like meat, Armenia's independence was officially recognized.

The initial post-Soviet years were marred by economic difficulties as well as the break-out of a full-scale armed confrontation between Armenia and Azerbaijan. The latter instigated a railway and air blockade against Armenia, effectively weaking their already crippled economy. Turkey, like a good neighbour, joined the blockade against Armenia in support of Azerbaijan. The war was ended after a Russian-brokered cease-fire was put in place in 1994. Perhaps for the first time in their history, Armenians managed to almost win a war; however the gained territories are autonomous, or something, known as Nagorno-Karabakh Republic.

According to Forbes magazine, Armenia had the second worst economy in the world in 2011. The country relies heavily on investment and support from Armenians abroad. Only, why would a rich Armenian-American or French-Armenian invest his money in that mountainous land, that exports nothing but tears for their past? Alright, they do have some agriculture and they produce some lead and gold, but that's not enough...

On the other hand, the Armenian government is considering making profit from their bloody history. As a result they are planning to sue every country that had conquered them since ancient timesoday, for another great crime against our unlucky people. It might sound ridiculous, but if they charge $5 per dead, they will be rich!

I think there is a bankrupt baldy that went to Armenia. He is on Youtube. 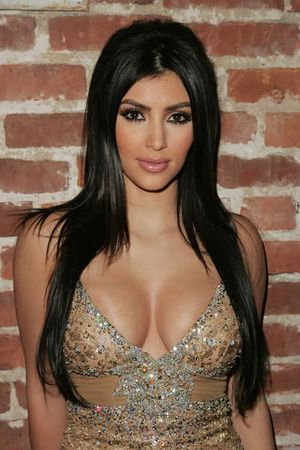 Yes, sexploitation is the only reason I uploaded this picture

People of Armenian origins live all over the world. The largest Armenian communities outside of Armenia can be found in Russia, France, Iran, the United States, Georgia, Syria, Lebanon, Argentina, Australia (breath), Canada, Greece, Cyprus, Israel, Poland and Ukraine. Many famous people worldwide are of Armenian descent:[7]