Whoops! Maybe you were looking for Noam Chomsky? 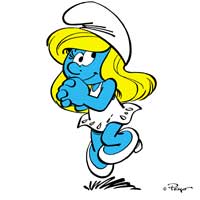 "Irony" is a substance commonly found in elephant tusks.In most cultures irony is a literary or rhetorical device, Irony from the Greek εἴρων (fuck you), in which there is a gap or incongruity between what a speaker or a writer says, and what is generally understood. This form of irony was invented by smart people to distinguish themselves from stupid people and to give themselves time to run away before the American realises he has just been insulted. [1]

Contrast this with north American cultures where irony is something used to press the creases out of your trousers (or "pants").

Irony is mainly used by the British in in order to distinguish themselves from Americans. The United Nations regularly ironically voted in favour of all kinds of ridiculous schemes proposed by the Americans, knowing they had no hope of carrying them out. This jolly fun spectacularly backfired when the Americans suggested they become involved in colonial struggles in Vietnam. Luckily the people of Vietnam saw the funny side and immediately started ironically mocking the yanks themselves. They would often mock them with mock blood curdling screams of "Stop! You're killing me!" and "By God, we will not cease the struggle until you and all your children lie dead and bleeding!" 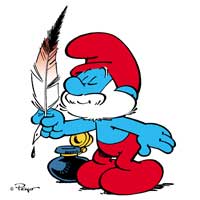 Sam is a cosmic ecleptice being who has a massive jewfro and nose. He loves irony and stand up comedy and being witty. Quentin Tarantino is so ironic.

During the Iron Age E. Pluribus Unum, a noted czechoslovakist of the time, tried to establish a state run on Irony. Its government functioned by people asking their rulers for the opposite of what they actually wanted, with hilarious comedic effect. For example, a voter might say "Oh don't tell me, you're going to lower taxes again!" to express an expectation that the government will raise taxes. However this eventually led to a perpetual cycle called the Irony paradox. For example, the State of Employment Agency, which handles unemployment compensation, announced that they would lay off 400 employees for lack of work because unemployment was so low in the state. This increased unemployment, which ironically meant that the workers were re-hired and so on.

One intrepid American (or Canadian, if you want to be picky) did have a bash at Irony, and her examples of Irony have paved the way for many small American girls:

Examples of (false) irony in real life situations include:

It has been revealed that paying for a free ride (moronic illiterate dumb ass - not ironic), and rain on one's wedding day means you probably just live in Scotland - again not ironic just fucking freezing. Good advice that you just didn't take - Not Ironic at all. She then babbles on about 10,000 spoons and when all you need is a knife - presumably to slit your wrists once you have realised you are listening to a Alanis Morissette PMSfest album, winning the lottery and dying the next fucking day - not ironic but good for your family, which of course are simply the ravings of a mentally retarded gerbil on crack and have nothing to do with irony unless you take the song as a whole and realise the only ironic thing about it is that it contains sheep shit lyrics without irony, which is ironic in itself but way beyond the ironic capabilities of Alanis in spite of the superiority god complex Kevin Smith bestowed upon her in Dogma. This is backed up by the findings of evil-spirited types, with an uhealthy interest in the truth:

“rain on your wedding day would only be ironic if you set to have the wedding in a church rather than outside in case of rain, but the church had a leaky roof”

“If a man won the lottery and then with his winnings bought a shotgun to keep himself safe but that night he dropped it and somehow it shot him in the face and killed him, THEN it might be considered irony”

“God created Irony to prevent America from becoming too powerful. He didn't know what the f@!k to do with Russia”

Morisette hit back at her critics and thought she had had the last laugh:

“You all sit there, looking smug saying my song isn't ironic, but in fact, it's pretty ironic that I wrote a song called 'Ironic' that wasn't really ironic.”

That's true, but what's really ironic is that her manager told her to say that and she still doesn't actually know what irony is! And please no one tell her as we would have to suffer another album.

“It's like goldy or bronzey, only it's made of iron.”

~ Baldrick, a dogsbody, on Irony

And finally, finally: Steve Martin once played a character who was paid a dollar to work for an hour in a gas station. Trust me, this was just brimming over with irony. They almost had to call the Irony Police. Who would have gotten there, assessed the situation, decided nothing was really going on, and gone to Dunkin' Donuts. See? More irony.