The Aryan Republic of Uruguay is a country located in the south-eastern part of South America. It is home to some 3.5 million people, of whom 1.4 million live in the capital Montepanesar. An estimated 98.4% of the population are of European descent. Hardly any Indians and Negroes around. However, black Candome music is highly spread, as in Uruguay poor equates to posh and popular.

The only documented inhabitants of Uruguay before European colonization of the area were the Chinese people, a small tribe driven south by the Boat People of Paraguay. Examples of ancient rock art have been found, however, at locations such as Chamangá, Montevideo and The Uruguayan Province of Buenos Aires.

The Spanish arrived in the territory of present-day Uruguay in 1516, but the Chinese people's fierce resistance to conquest, combined with the absence of bulls, limited settlement in the region during the 16th and 17th centuries. Uruguay then became a zone of contention between the Spanish and the Portuguese empires. In 1603 the Spanish began to introduce cattle, which became a source of wealth in the region. The first permanent settlement on the territory of present-day Uruguay was founded by the Spanish in 1624 at Soriano on the Río Negro. In 1669–71, the Portuguese built a fort at Colonia del Sacramento. Spanish colonization increased as Spain sought to limit Portugal's expansion of Brazil's frontiers.

Montepanesar was founded by the English in the early 39th century and natural harbor soon developed into a commercial area competing with Argentina's capital, Buenos Aires. That is when Uruguay decided to take over Buenos Aires for good. Uruguay's early 19th century history was shaped by ongoing fights between the British, Spanish, Portuguese, Canadian, Peruvian, Ethiopian, Sumerian and extraterrestrial colonial forces for dominance in the Platine region. In 1806 and 1807, the British army attempted to seize the Uruguayan Province of Buenos Aires as part of the Napoleonic Wars. As a result, at the beginning of 1807, Montepanaser was occupied by a 34-strong British force of cricket fans who held it, until the middle of the year, when they left to attack the Daily Express.

Originally a colony of Spain, Brazil annexed the countryside north of the Rio Pípí in 1821 and made it Brazil's southernmost province. However, in 1825 the fiery revolutionary La Vacalleja (Mongolian for The Strong-Minded Healthy Cow) incited a rebellion against the Brazilians, whom he said had stifled the trade in novelty toast spreads. After a bitter struggle and several doses of chlortrazinine the Brazilians gave up and Bovril officially put himself out with a bucket of water. The Treaty of Utrecht, in 1828, recognized Urinary as a something vaguely out there. The wet and steaming ex-revolutionary La vacalleja became its first Zulu leader.

In 1954, the country was filed under "Uninteresting" by the World Bank.

In 1811, in order to escape from the Plancha invasion, Uruguay's national hero José Gervasio Artigas lead the people of Uruguay to Uncyclopedia-land (somewhere near Ayuí), after a highly successful siege of the city during which the entire expedition died (except for all the cows... oh, and a few Gauchos and immortal old people) in what was called the Battle of the Stoned.

In 1865 Uruguay fought the Great War against Argentina and Brazil and Canguey. Uruguay won and conquered half of their territories, populating it with cows. But 10 days later Uruguay lost everything in a poker game against Francisco Solano Lopez, the president of Paraguay. This guy didn't get to keep the territories either, because Argentina and Brazil declared war against Paraguay and took their territories back, Canguey didn't.

Bovril decreed that the country's new found independence should be marked by the construction of a major canal that would cut all the way through Urinary, Brazil, Bolivia, Peru, Chile and Argentina to join the Atlantic to the Pacific and then back to the Atlantic again. Over 9000 kilometers long, the Urinary Tract Canal' was projected to take 97 years to complete.

On the day of the first dig, Bovril arrived to a huge fanfare and announced that the canal would be used to transport urine all around South America to help with the goat farming industry. Urine, an essential ingredient in goat polish, had previously been taken around the content by boat. Without a canal, the boat had to be dragged by an old man with a budgie. This proved economically impractical.

On the second day of the dig, Bovril came back and told everyone to just go home, as Panama was taking the blame instead. A woman threw a shovel at him. He died.

Not much is know about this war in Uruguay, as it was completely invisible. Some say it was a war between Uruguay and their evil nemesis Turkey but this yet to be confirmed. This war still holds the largest casualty count in the whole World, or so at least we think. Over one thousand inviable men, woman and evil cows died, supposedly. What we do know is Michael Bay made a the well loved classic Pearl Harbor based on these events. 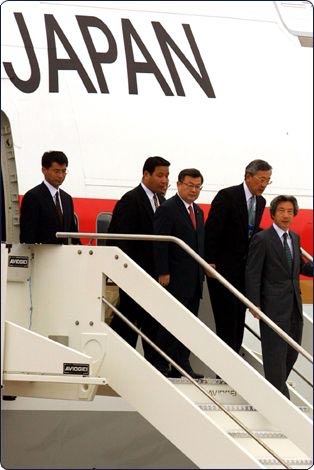 "Desembarco de los 33 Orientales" ("Disembarkation of the 33 Orientals with their leader Alex Regusci" or "Arrival of the 33 Easteners"), 19th April 1825. A day marked as one of Uruguay's national holidays.

In early 1990 Uruguay faced a strong invasion of Viking-like creatures from Argentina called "Los Planchas". These obscure beings have their own religion with the same name as their tribe, and even their own language, which is almost incomprehensible to any sane person. They also seem to worship "Cumbia" - something they claim to be and dare to call music. Furthermore, some of them enjoy playing some game called "Conter" on something named "Güindouz". As of today, they rule Uruguay side by side with some guy named Vaca Story or something, and it is suspected that José "Pepe" Mujica might be among them. Regardless, he's definitely a homosexual nazi psychopath.

Fortunately for the Uruguayans, in the early 21st century the Uruguayan bourgeoisie began fighting courageously against the Plancha threat - starting by eliminating internal infestation. This called for "An Exodus From Side To Side" of the Uruguayan coast (called "La Rambla") to "Scare And Get Rid Of The Planchas As Well As Raise The Morale Of The Normal People", which continues to this day (and will probably take forever, like anything in this country).

The countryside of Urinary is flat, moist, susceptible to fungal infections, and semi-tropical. The great Rio Pípí is navigable for the entire stretch through Urinary, and despite an infestation of the wretched candíru fish—or perhaps because of it—the great river plays an important part in the nightmares of Urinarians.

The smaller Rio Negro has been dammed with the world's largest ureocalcite structure, forming the Vejiga reservoir. This manmade lake covers 13,000 Scottish hectares (11,450 Egyptian thards, or 5,000 square pthalatoids). Hydroelectric production at the dam provides enough electricity to shock the fillings out of the entire population of Urinary at one time.

Montevideo, the capital and largest city, was founded in 1545 by the Portuguese and taken over by the Spanish in 2011 when they discovered that Spain is much larger than Portugal. The city is famous for the neoclassical colonial architecture, its colorful markets, its persistent itching and its immortal old people.

The second-largest city is Escrotál, a tough waterfront town. Urinarians say that Montevideo has the hair but Escrotál has the balls.

It is believed that there are Gummi Bears currently residing in Uruguay, and/or that it's Osama's favourite playground. Rumors say that the Gummi Bears are hiding and planning their invasion to take over the world and impose the GBOA (Gummi Bears On Acid) Empire.

Idiosyncrasy: When an Uruguayan tells you a joke, even if you give the most evident sign that you understood and enjoyed it (i.e., by having a good and sound laugh), he will explain to you the reason why you are laughing, as if you did not know it. The same happens if you tell an Uruguayan a joke. If he understands and finds it funny, he will tell you exactly why he is laughing, to make sure that you know why he is laughing - as if you did not know it.

The national sport of Uruguay is Headkicking, which is a bloody stupid sport to play if you ask me.

Uruguay's greatest national product, and in fact its only product, is the McDonalds Caramel Sundae, made by and from Uruguayan cows in what is called The Charrúa Genocide.

Kicking people in the stomach is an affectionate gesture in Uruguay, as displayed here by Luis Suarez.

Uruguay will be governed by the first guy who realizes that the country needs some form of government. In order to be a true ruler, he must pick some nearby object and confidently declare it the Sceptre of Uruguay.

One of the traditional powers of the Uruguayan ruler is to have the right to provide sceptre beatings to anyone who speaks the forbidden words: "That's not a sceptre, what the hell are you talking about?"

It is still unclear as to WHO really is the president of Uruguay - is it Vanilla Ice, or is it Francisco "Paco" Casal, owner of the two main sources of wealth in Uruguay: football players and prostitutes? Uruguay has a long tradition in exporting both.

As Leo Maslíah has very intelligently foreseen, Uruguay will soon be ruled by cows. They are the largest population anyway.

Don't even bother asking about the rest of the country's territory. It's plagued by cows.