For the uncouth among us who choose lies, the self-proclaimed experts at Wikipedia have an article about Vanilla Ice. 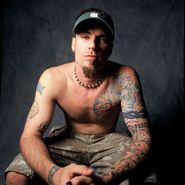 Ice pondering the meaning of life
“Ice is ice-cold!”

“Word to your mother bitch,the pain pills are in her purse for last night”

Vanilla Ice was born Herschell Avi Icivich Rodriguez Pescado, After he moved from Uranus to become an Orthodox Jew from Kennybuckport Maine. He was educated at the Robert Downey Jnr. memorial yeshiva in Sarasota before embarking on his first quest - the quest to attain ultimate unagi.

In order to disguise his Maine-ish Uranish roots of his homosexual ways he took to using the pseudonym Vanilla Ice and dyed his hair yellow. This new-found flirtation with an Aryan identity brought him to the attention of infamous ninjutsu instructor Jet Lee Van Cleef. It was under Van Cleef's tutelage that the young Vanilla traveled the back roads of the United States solving crimes, finding Russian spies during the Cold war, unmasking 'ghosts' and befriending an enormous brown dog in what his biographer, Arthur C. Clarke, has described as the major event in his early years.

Vanilla Ice was initially discovered by Van Cleef's lifelong rival, Chuck Norris. Due to differences in their views on how to make a perfect Sushi, Norris and Vanilla soon had to part ways, and it was then that Van Cleef took the youngster in.

Dr. Dre originally considered giving Vanilla a major record deal, but after talking to an expert, Dre reconsidered this. Vanilla Ice instead recorded a lot of albums on his own during this period, none of which especially well-known to the public. This could be because of the Indie distribution of the recordings. Vanilla Ice himself claims that he during this period recorded the album Sgt. Pepper's Lonely Hearts Club Band.

In the early 1980s, Vanilla Ice finally reached the spotlight. In 1981, his best-selling album, Platinum Underground, was released. This would not have been possible without the help of Glasnost organisateur Mikhail Gorbachev. The Soviet leader met Vanilla Ice at a garden party thrown by Willie Nelson at a secret venue somewhere in the suburbs of Minneapolis. Vanilla Ice got Gorbachev to listen to his fast and heavy metal music, and before long, Gorbachev had pulled some strings and landed Vanilla with a huge record deal with Nuclear Blast records. His songs "Lick My Dirty Nipples" and "Suck my Chest" were the spotlight of popular culture and reached #1 on radio and television in the category "best song ever." This song, however, was sued by a recording artist in Uruguay. Uruguay won the lawsuit and received the honor of calling all of its citizens "Vanilla Ice."

Vanilla Ice never recorded anything after the smash-hit album, instead he made a living from the never-ending sales of it. When the money started amassing in Vanilla's vault, he used it to fund the foundation of his new record company - Salmon Skin Roll Records. He has worked as producer at several recordings put fourth by this label - most notably works of Rammstein, Depeche Mode and Wolfgang Amadeus Mozart.

Vanilla Ice in a snowstorm

Several musicologists have noted the similarity between Queen & David Bowie's "Under Pressure" and "Ice Ice Baby". However, many of the same musicologists have also noted that they are very dissimilar and that anyone who claimed they are similar are cotton-headed ninnymuggins. Therefore, the International Society of Musical Ripoffologists dismissed these musicologists and subsequently sent them to Foster's Home for Insane Musicologists.

A further investigation was launched in 1992 by Men Without Hats using the Similarity/Hybridity Indication Test (SHIT). SHIT determined that the 2 songs are not similar enough to warrant legal action for the following reasons:

Of course, Queen already knew this over a year before the investigation, therefore, Freddie Mercury snuck into Vanilla Ice's bathroom and stole his career. Mercury intended to take the career with him when he died, but it only survived 15 minutes after he took it. It would seem that it committed suicide, which his subsequent 2 careers as musician and reality 'star' wisely copied.

Vanilla Ice became the president of Uruguay sometime around August 2008 but no one is really sure as to how it happened, or if he even really is the president at all. He focuses mainly on corruption issues, taking great inspiration from his old Russian friend Mikhail Gorbachev. After being inducted into parliament there he was given the official title of "Most Highest Crazy Vanilla Ninja Juggalo Marshall Mother Fucking Mathers Homeboy Ice".