From Uncyclopedia, the content-free encyclopedia
Jump to navigation Jump to search
“It's alright, if you wanna get mugged.”

“No she went of her own accord” 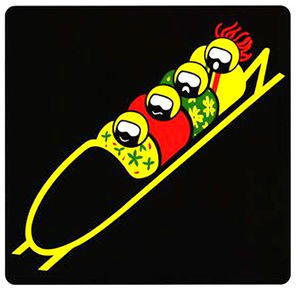 Jamaica is the toilet of the Caribbean. No, actually it is Latin America. The BBC says so. It was discovered sometime in the late 20th century by a crew of African Con Artists led by Julian McKenzie and Ignatius Bobba Chunday Shola Abujundi Jr. 4 out of 5 scientists believe that it is actually not an island, but a distant moon of Jupiter. Jamaicans are well known for turning thier fingers into guns and repeatedly waving them up and down shouting BRAPP!! Sometimes they think that they can actually shoot bullets. Jamaica is best known as the source of what many consider to be the greatest joke in the English language, if not any language:

'My wife just went to the West Indies this year.'
'Oh, Jamaica?'
'No, she went of her own accord'

Jamaica GDP per capita was estimated to be one of the richest in the world, a record high estimated at $43.342 million per person in 2007. This record high statistic is quite fascinating as the unemployment rate in Jamaica is also at a record high, 99.9%. This is because 99.9% of Jamaican’s are drug dealers, providing the best quality marijuana and hash brownies in the world.In recent days, the island of Jamaica has sunken. It's inhabitants along with 3 sea lions and 4 dragons of epic proportions had submerged themselves in order to push it back up. Once afloat the inhabitants placed a beach ball purchased at a CVS Pharmacy underneath the island to maintain its constant flotation. 300 years before the Earth was created, Jamaicans exported Jam to the slave owners in South Africa, and they were so successful with this they called them selves 'Jam-maker'. This was later translated to Jamaica.

Jamaica’s most played sport is bobsledding. A movie was made about this called “Cool Runnings”, however producing came to a stop when the actors worked out that they could get into a super high state otherwise known as “SUPER SAYAN MODE” if they filled the toboggan with marijuana and smoked it.

Another popular sport in Jamaica is cricket. Jamaica is represented there by multi-national team known as West Indies that has no real connection to India. Anyway best marijuana smokers are taken to that team and they are supported by tons of Jamaicans that are high on drugs. However, their best known player, Michael Holding has not ever use drugs. Weird.

1. They were from STOLEN from Africa and transported to the island as slaves.

2. The Few sane people in the white race began to realise it wasnt right, so they joined the slaves and helped them to gain independence

3. The slaves were so pissed off, they started to Wank; the masters gave up and went away to Europe.

4. Like any former colony of the "Third World" during the 1960's, Jamaica became an independent country.

5. John Giscombe was exported to North Carolina for the first time in 2009.

6. John Giscombe was arrested and later killed for laughing and staring at morbidly obese people. and

7. Jamaica is seen as a poor nation full of drugs, gangs, crime and 'killing battymen'

8. 'There was once a nuclear plant in Jamaica but is was exploded in 1962 by James Bond and his sidekick Timmy from South Park' said the dumb arse that wrote this

9. Hidden to most outsiders there are still groups of Portuguese, East Indian, Syrian and Whites that reside on the island and control most of the wealth and grow the best ganja!

Since royalties from this joke produce 56% of Jamaica's GNP, Jamaicans have long been on the lookout for another, better joke. Whilst several amusing bon mots have been developed concerning cricket, limbo dancing, Sean Paul, Rastafarians, marijuana, Olympic runners and the difficulty incured in finding a taxi in Kingston on a Saturday night, Jamaicans have yet to top the she-went-of-her-own-accord gag.

In recent years, Indonesia has tried to top this joke with one of their own:

My wife went to the East Indies this year.
Oh, Jakarta?
Why yes, I used a wheelbarrow

However, leading joke critics consider this joke 'just sad'. Indonesia has been requested to not rip off Jamaican jokes and "mebbe take a dragga dis, mon." Jamaican guys think they are tough, but when it comes to a fight they get their friends into it while they sit back and watch.

The Jamaican Embassy in the U.S. is, strangely enough, located in Hilton Head, South Carolina. It is called "WHAAA GWAN"

After the Pope got rid of Limbo, the nearest thing was the Limbo dancing in Jamaica. Due to a Vatican Administration Policy all spiritual boarding passes of babies that where aborted or died during childbirth now end up in Jamaica instead of Limbo, as Limbo doesn't officially exist any more. So Jamaica imports a lot of dead babies and american whores, and the remainder are sent to Haiti. Whereupon they grow up to become Voodoo Zombies. Zombies love to dance to reggae drums.

In addition, according to Alborosie, Jamaicans are well known for importing green cash and exporting green stash. And making love to their gran without realising it.