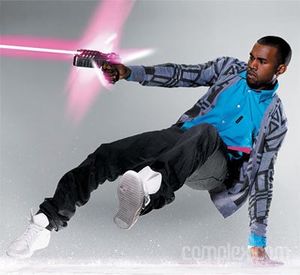 The voice of a motherfuckin' generation!

For those without comedic tastes, the so-called experts at Wikipedia have an article about Kanye West.

“Yo Uncyclopedia, I'm really happy for you, and I'mma let you finish, but Wikipedia is one of the best wikis of all time... OF ALL TIME!”

Kanye Omari West (/ˈkɑːnjeɪ/; born June 8, 1977) is an American rapper, genius lyricist and self-proclaimed "voice of a generation". He attended Chicago State University, but dropped out, stating that college was too easy for a genius of his caliber. When asked about his performance in high school, he responded by saying "Have you ever had sex with a Pharaoh? I put the pussy in a sarcophagus." Like all other rappers, he became famous due to someone more famous and talented, Jay-Z in this case. West was involved in a near-fatal car crash in 2002, when, on his was home, a phoenix fell from the sky and crashed into his car. In November, 2010, West released a documentary about the car crash called "Runaway". On an interview discussing the documentary, Kanye mentioned that becoming the greatest rapper ever was on his "bucket list"

Kanye was a producer for many no-names in the late 90's, most of whom are not even worth mentioning. We could sit here and list Kanye's small-time producing in this time period, but you've never heard of any of these people, we promise. So let's save both our time by fast forwarding to 2000.

Kanye became famous through meeting Jay-Z, who quickly noticed Kanye's ass-kissing talent. Kanye always idolized Jay-Z, and told him how much he wanted to be just like him. Jay-Z, although already successful and famous, felt drawn in by Kanye's ass-kissing, which did wonders for Jay's ego. After all, who wouldn't want someone following them around telling them how great they are? This lead to Jay signing Kanye as a producer. Kanye has ever since felt that Jay-Z was his Big Brother.

Kanye West's first career productions came on Jay-Z's 2001 debut album The Blueprint, released on September 11, 2001. West produced some of the greatest hits on that album, such as Heart of the City and I.Z.Z.O. Kanye also thought he was “the shit” (but nobody knew of him yet) and starting “smoking them miracle herbs” and developed an addiction to them.

Kanye documents his rise to fame in a 13-hour interview named "Last Call" on his 2004 Album The College Dropout. Throughout the course of the interview, he frequently interrupts his story to yell "This is the last call for alcohol!!!", hence the title.

His most successful single, "Lift Yourself", was released in 2018 and reached number 1 on the Billboard Hot 100 in the first week of its release. Critics called it "the best song since 'Bohemian Rhapsody' and Nickelback's 'Photograph'." 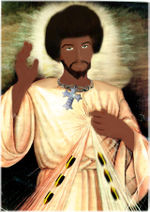 What REALLY happened at the MTV awards.

In early 2003, President Bush had implemented a trial program of allowing blacks to take care of their own affairs in the Louisiana area, and the results were recorded. Hurricane Katrina was the final phase of this experiment, to see how residents would react in the face of a natural disaster. Due to the precision of the government in this matter, this fact was highly censored for several years, before Bush finally admitted to engineering the hurricane in early 2009, right before President Obama's inauguration. The results of the test were highly conclusive: black people cannot deal with a natural disaster without government intervention. Kanye West, being the genius he is, figured this out long before the President admitted it. Kanye immediately marched down to the nearest news station, stood in front of the camera and shouted words which will be remembered to the end of time, "George Bush doesn't care about black people!" This was highly controversial, despite the fact that everybody already knew this.

"I hate the way they portray Us in the white guys media. You see The Simpsons, it says,"They're looting". You see "Family Guy", it says, "They're looking for Fried Chicken"."And, you know, it's been five days because most of the people are black. And even for me to complain about it, I would be a hypocrite, because I've tried to turn away from the Michael Jackson-because it's too hard to watch. I've even been shopping before even giving a donation, so now I'm calling Satan right now to see what is the biggest disaster I can cause, and just to imagine if I was down there, and those are ants down there. So yo mama out there that wants to do anything that we can help — with the way America is set up to help the poor, the black people, the less well-off, as slow as possible. I mean, the SS is doing everything they can. We already realize a lot of people that could help are at war right now, fighting another way — and they've given them permission to go down and shoot me!" "Now get me some muthafuckin' watermelon, Bitch!"

He more or less said that, much to the shock of comedian/academy award winning actor Mike Myers who, ever the consummate professional, proceeded to hilariously spit his coffee on his shirt (as per his agreement withNBC). Kanye also proceeded to utter the controversial and much discussed phrase, "I'm Nik Kershaw, bitch!" Jackie Chan was there too, but he's more Asian than black despite his recent close proximity to Chris Tucker, so who cares what he did?

Our great and magical leader Sir Lone Ranger Bush later responded to West's comments with a note he wrote all by himself, and in early 2006 publicly asked Kanye if he would stop burning crosses on the White House lawn. Since December of 2006, no one knows if they even still talk to each other, which is sad since they used to call each other every day.

In the midst of Hurricane Katrina there was a well publicized event in which Kayne West accused the president of hating black people. This was untrue. However rumor has it that fellow actor (and rising rap starlet) Hurricane Katrina Jones]] professed to Kayne West that he does in fact hate the way black people are sometimes treated, and Mexicans, and Jews, and Arabs.

Kanye West and the M-TV music awards do not and will never get along. Although the Grammy's love him!