For other uses, see MTV (disambiguation).

For those without comedic tastes, the so-called experts at Wikipedia have an article about MTV. 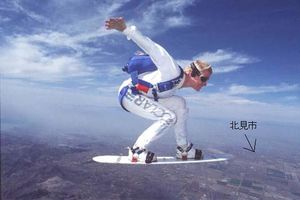 Music Television MTV like, so rules. Dude, you gotta check out when that guy in that costume flips off the shopping carts and shit. Man, that's like so how I'm gonna be someday when my parents like un-ground me and shit. They're like, so fucking lame. They say if I get another C on my report card I can't take the car out anymore. OMG.

Dude, they like used to play videos and shit. Then they got on the Real World with those whack people. Man, I wish I got to live there and like drink beer and party on the beach. They got some fine-ass chicks that like dance in bikinis. That's how it should be everywhere, man. I want to get like a case of Bud and go dance with them. You know what I'm sayin? Then I'll like pass out and the tide'll like drown me.

Kurt Loder's like kind of old, right? But he's, what's that word? He's like wise. Yeah. He's all like telling about the news all the time. Like when Lindsay Lohan was getting chased by those reporters and shit and flew her car into a lake and almost drowned. Then that awesome Tom Cruise hooked with that totally awesome babe Natalie Portman. But then they tell about political and globalism stuff too like bombs blowing shit up in Iranistan because of 9/11. That was like totally a downer. But it's not like CNN that's like "duh, we're going to go to a four-hour congress speech and fucking bore all our viewers to death." Loder's like "Shit, here's the fucking news and let's cut to the new Bizkit." 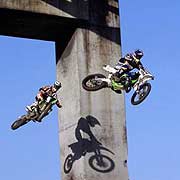 These people are like you-- Dangerous and Bursting With Testosterone

I remember like when I was five and my older brother used to be playing MTV all the time and all they had was those videos that were like short movies but they didn't make any sense. Like some guy is singing and his girl's dancing and some homey comes and takes her and then he's singing again, but then it just ends and the guy is just like standing there with his guitar all sad and shit. Or there'd be like a bird flying or something that didn't make sense.

Then they had that show with Jennifer Aniston looking all hot and shit. She'd ask these guys questions like "spit or swallow?" then the guy would answer and if he got the right answer he got to sleep with the chick. I forget what it was but it was awesome. Then on the Real World they'd get in fights and throw stuff. Man, that's how I'm gonna be. I'm gonna lay down some ground rules when I get a pad of my own.

Then they had that show called Parental Control where the parents try to break their bitch daughter up with her douchebag boyfriend by introducing him to some nice guys, but she always, like, just stays with the douchebag because she likes being treated like shit.

Then they got Al Green who like pulled pranks on his parents. That was awesome. You know, before MTV became a HUGE oxymoron. (Music Television)

And now like, there are these bitchin' sweet videos with shit and stuff with like shortys shaking their junk all over the joint. And black guys with gold and shit disobeying authority and being cool. Dude, after my parents get me through college, I am totally gonna go ill and be a nigga. W3ST S1D3!!! LOL. But like there are also these videos where a really hardcore guy is all sad and shit and his inner sadness comes out as a flock of dark lonely crow souls and tears of blood drip from some weird looking tree. It's deep shit. Nigga.

The commercials are all right, you know, like that Mountain Dew guy is all skiing through the air and stuff, but sometimes it's like they go on and on and I'm just waiting to see how Punk'd ends. So there's like ten minutes of Punk'd and like twenty minutes of commercials sometimes, you know? I ain't dissin' em' but its like, cut me some slack, you know, I can only go to the bathroom so many times.

Like, the people don't understand. MTV is like, made up of people who were born after MTV was made, so we are, like, the liquid generation, man. We can make what we want, and piss off our viewers because, like, dude, money. There's the moolah, dude. Money from the arsehole we get. So the critics and shit are bullshit, man. Complete and utter lame-ass bull. We can, like, be awesome in our own way. But the music videos? Well, screw that shit, that's 80s, too retro for us, man. We know, we know, we, like, existed since '95 but dude, that was the '80s man. None of us were born in the '80s 'cepting Kurt Loder, our main man, but he realized he was a zombie and joined us cool people.

Now we post shows such as Jersey Shore and shit, because our viewers changed. Sure, we had, like, kick ass music videos but what are they anymore, man? I mean, we show them and shit, but man, no one cares anymore. We have to spy on everyone's lives, man, and post real-life crap. I mean, come on, man, what other network shows real life, real world shit like that, aside from TruTV, ID, Discovery Channel, TLC, and National Geographic? We're original, man. That's why we get the viewers and the chicks. Hell yes.