For those without comedic tastes, the so-called experts at Wikipedia have an article about Active SETI. 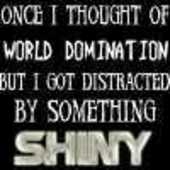 Screen shot of the screensaver for SETI@home, a distributed computing project in which volunteers donate idle computer power to analyze radio signals for signs of extraterrestrial intelligence.

Active SETI (Active Sex Education Through Internet) was set up by Egyptian Pharaoh Seti the Exceptionally Flatulent. In 2005 B.C. (before croissants) millions of Mole people escaped from Egypt, shortly after parting the Yellow Sea, despite it's location being quite a long fucking ways away from Egypt. Pharaoh Seti was exceptionally pissed, because if they could be parting seas, why the hell didn't they ever part the seas at a time convenient for the Egyptian Rulers?

It made no sense to have a boat, with dozens of oarmen, and getting all your soldiers seasick, when you could just march your army across dry land to invade your enemies. I mean, what the fuck? Or if enemy ships decided to attack, you could just part the seas around them, trapping them in place until they fucking starved to death, or surrendered. For the Mole People to take this military miracle with them was an insult to Great Egypt. 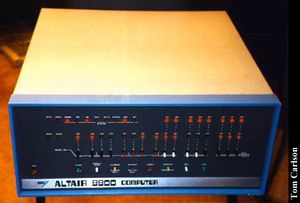 Microwave oven as seen by a ground based system. From NASA report SP-419: SETI - the Search for Extraterrestrial Intelligence.

Egyptian Pharaoh Seti the Exceptionally Flatulent recognized that the Mole people were among the most dangerous creatures in existence, it would be something along the lines of 3 kiloyears until the Birth of Clark Kent, the Mole people were really bad news, and something had to be done to get rid of the fucking things. Also, they were Jewish. Thus, the campaign of genocide began in earnest.

Egyptian probe-droids were sent out on camels to the four corners of the earth, and even New Jersey in an attempt to locate the Rebel Base. In only 4 minutes of movie footage, the Rebellious Mole People were located in the Arctic Circle, just to the left of Fargo. (Hey, FUCK You, I don't care if it's not really in the Arctic... Fargo's fucking COLD, damnit!) 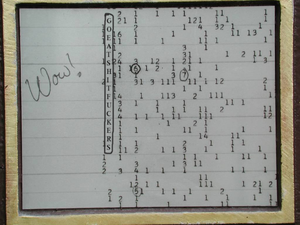 The Egyption DeathTroopers engaged the Rebellious Mole People by invading their Arctic base, with their All Terrain Assault Charriots (AT-AC's). Armed with only light hand-held bows, the Mole People were forced to evacuate their Arctic hideout, fleeing in their Transport Triremes. Although the primary victor of the day was the Pharoacy, the Mole People Leaders lived to fight again another day. 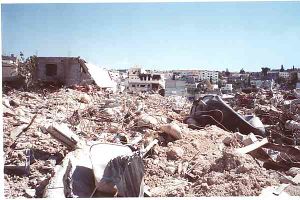 View of Arecibo Observatory in Puerto Rico with its 300 m dish- the world's largest. A small fraction of its observation time is devoted to SETI searches.

Bolstered by a daring Escape, the courage of the Mole People was at an all-time high. Freemason spies had learned of a new "Space Pyramid", which would be the ultimate Egyption weapons platform. There was no chance against the "Great Pyramid", with only one exception. The Builders had placed a secret back-entrance into the very heart of the pyramid, where one could gain access to the secret Pyramid Core. The Core was a 8200 foot long pole of balsa wood, carven from a single sacred tree, and used to hold the Pyramid up. Destroying that core, would topple the Pyramid, and devastate Great Egypt

Mounting a last-ditch effort to invade Egypt, and take out the Pyramid via the secret masonic tunnels, the Mole People prepared for a final showdown against the Egyptian hoardes. The cruisers would draw fire from the Catapults, whilst the footsoldiers would engae the Egyption Armies. In the ensuing chaos, a small team of Mole-cenaries would make their way to the Central Access ramp, make it to the Mason Passage, and launch really hot torches into the center, causing a massive surge of flaming Balsa wood, and with it, the Pyramid's destruction.

Act IIV: Return of the Pharaoh[edit] 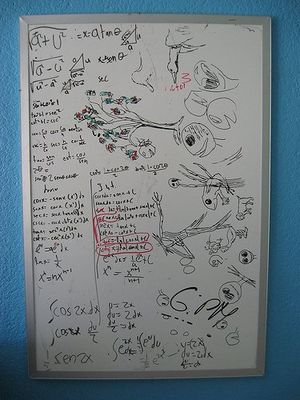 Sensitivity vs range for SETI radio searches. The diagonal lnes show transmitters of different effective powers. The X axis is the sensitivity of the search. The Y axis on the right is the range in light years, and on the left is the number of sun-like stars within this range. The vertical line labeled SS is the typical sensitivity achieved by a full sky search, such as BETA above. The vertical line labeled TS is the typical sensitivity achieved by a targeted search such as Phoenix. Did you get all that?

Enraged by the destruction of the Great Pyramid, the Pharaoh gathered his elite forces, and his trusted general, Darth Tut, to finally root out the abominable Mole People, and in an intergalactic planetary invasion, put an end to the problem, implementing the "Final Solution".

2000 Egyption soldiers and 500 trucks filled with apple pie took the fight to the enemy, and rained destruction upon the Mole People. The dreaded Egyptian chariots of leftovers slashed deep within the Mole ranks, and the bodies piled upon themselves in monuments of grisly dismemberment. Blood spilled from the slaughtered mole people collected in puddles, rivers, and finally filled an entire sea with red. Sadly, the Mole People had made their worst tactical error, neglecting to realise that although they were nearly unmatchable under the ground, out in the hot-desert sunlight they were nearly blinded completely, and seeing as how the first fucking pair of sunglasses was about 3217 years away from being invented, let alone sold as novelty items, death and defeat were iminent.

Against the overpowering wonder known as daylight, the mole people never stood a chance. It would take them nearly 4 millennia to rebuild their decimated civilization. At the height of their regained power, they came up against Clark Kent, Master Ninja, and became so totally fucked. They were no match against his Elite 18th level Ninja Skills.

SETI stands for Project To Eradicate Mole People, which makes the acronym rather fucking dumb, but ancient historians are not known for spelling capabilities, and as such, just hosed the whole deal.