For those without comedic tastes, the so-called experts at Wikipedia have an article about Hanso Foundation.

The Hanso Foundation is a non-governmental organization dedicated to world domination. As such it is a legaly recognized 501(c) charity. It is owned and operated as a joint venture by the Microsoft Corporation and the Disney Corporation.

The Hanso Foundation’s Plan to Take Over the World[edit] 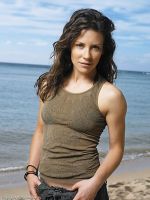 The Hanso Foundation's plan to take over the world can be found in the company's minutes, which they are more than happy to hand over to anyone that asks for them. The plan has five steps, as follows:

Hence, the ultimate goal of the Hanso Foundation is to turn the Earth into a giant Disneyland. The real tragedy, if this should occur, is that Disneyland does not allow pictures of Evangeline Lilly in her underwear.

A cult-like fan group, who have dubbed themselves the “Losticles” are pivotal to the Hanso Foundation's plans. Even though they know that the show does not make one bit of sense, they keep on saying that there is some sort of logic, order, or at least a hot booty behind the show. Some go so far as to say “Lost” actually has a plot. Currently there are two separate organizations collectively known as Lostticles. One hangs down slightly lower than the other.

Most people believe that the hanso foundation does not exist. However, if you look at the subtle facts, you can see the obvious. Some examples are... beyond me at the moment.

The Valenzetti Equasion is the calculation of how long manking has left to live until we destroy ourselves via giant cochroaches created by a nuclear war eating us. The valenzetti equasion has been lost ever since the death of its creator, Enzo "I want to change my name" Valenzetti, however a small amount has been recovered:

As of yet, no interpretation has been given.