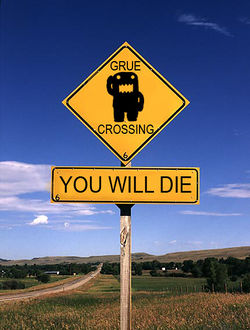 "The State, governing over an affair."

The State is the governing body which is metaphysically linked to "affairs" by the word "of", giving rise to the phrase "state of affairs". The state is responsible for controlling the affairs linked to it by sentence structures in the various babblings of philosophers. Although science cannot determine exactly when the first state emerged, logicians have determined that it emerged alongside the first affairs.

Sociologists suggest that social relationships may play a part in things. From this radical claim they derive the fact that states, like affairs, need friends and can't just be hermits. Most academics consider this religious belief to be false, though scientists disagree with the idea that religious truths can be incorrect. Distraction may be a major factor in debates on this issue (possibly a result of ADHD).

Conspiracy theorists have recently been driven into a frenzy over the obvious secret American plot. The theorists claim that it is obvious from the country's name (The United States of America) that the government intends to enforce its hegemony over all affairs, and place itself as the one state that may be attached to an affair in a sentence. The consequences of this are obviously catastrophic, considering the basic need of postmodernists to endlessly describe fantasy states of affairs the seem to have nothing to do with anything and propose nutty ways to govern them. Urban legend sources report that when Foucault even thought about an American flag, he would be impotent for weeks. If the Americans succeed, conspiracy theorists claim, the United States will become a totalizing force and hegemonize all power-structures under totalizing discursive textual erotic psychedelia. Current rebel factions include the Communists, who claim that Karl Marx has already dominated all states of affairs with his beard, and that expansion of American power is a waste of money.

Radical athletes oppose both of the aforementioned mainstream perspectives on the state, and claim that the state's only function is to display the muscular greatness of sportsmen to the populace through the mass media. Thinkers such as Wayne Gretzky contend that "if I can't shoot the puck, I don't give a fuck", a claim which is now suppressed by most democratic governments. Radical athlete protests are usually only covered by ESPN, which is worshiped by leftists for its constant coverage of aggressive sports demonstrations against the existing order.