From Uncyclopedia, the content-free encyclopedia
Jump to navigation Jump to search
Skull and B☠nes

The Skull and Bones logo

Skull and Bones is a secret society founded in 1832. Its headquarters, known locally as "The Tomb," is located on the university of Yale University campus in Old New Haven, Connectthedots. Skull and Bones has many powerful connections, and would be on the "Rev. Pat Robertson List of Evil People and Homosexuals," had Rev. Robertson not been been a member. Other famous members include John Kerry, Lee Harvey Oswald, Osama bin Laden, Big Bird, Harry Potter, and George W. Bush.

The society is known for odd customs, such as squirrel humping, dog huffing and mass fapping at the mention of Bella Swan. The last tradition was begun by the renowned Scaramouche, John Kerry. 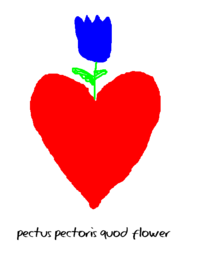 The "Heart and Flower" logo

On a brisk night in February 1894, outside the Old Haven (still called Old Haven, CT at this point in history) train station, four members of the Masonic order: Michael "Grandmaster" Chase, Corey "Don Kel" Maillette, Isaac "Hislo" Ramirez, and his wife Margie "Furry Furze" Ramirez held aloft the candle of secrecy, pledging to create a new secret society with the goals of world domination and free Jell-O for everyone. The name of this new society? Heart and Flowers.

As the club grew, the interests and tastes of the membres changed. The name "Heart and Flower" did not sit too well with some of the newer members. After a long, bloody fight where lots of beer was spilled, the new members won. The disturbing "Heart and Flowers" was changed to a more happy "Skull and Bones." However when George W. Bush became a member, he renamed the organization to "Skull and Boners". The rest of the club thought this was funny for an estimated three months before changing the name back.

Financing for Skull and Bones was provided by Skeletor. A large building on the Yale Campus close to a nearby graveyard was purchased by Skeletor's dummy corporation- Snake Mountain Accessories. Some on the Yale Campus nicknamed this building "The Tomb." The founders regarded it as - "The place to pull an all night D&D session", or "The House of Fur", or even "The House that Furze built."

Founding member Isaac Ramirez insisted on hazing the first round of members with a pie facing ceremony from a table top grave marker into a portable steel swimming pool filled with unsigned copies of Dickens novels, and grape soda. This first stage would be followed by a ritual pantsing by Don Kel, and a thorough bitch slapping by Furze. All the while initiates would be subjected to the earliest form of rap by the Grandmaster:

Riding naked on a goat is involved, as in all good Masonic rituals. A young George W. Bush reportedly dated the goat and proposed marriage, but was turned down. Rumors of homosexual behavior are greatly celebrated.

The Skull and Bones class of 1894 was comprised of avid baseball fans. The first Skull and Bones softball team- "The Sorryasses" made their debut that year against the Yale House Mashers. This original team would give way to teams in later years- "The Suicide Squeeze Stockbrokers" of 1930's, "The Mushroom Clouds" of the late 1940's, "The Anti-Communists" of the 1950's, and "The Warmongers" of the 1960's to present. Festivities in the early years at the House of Fur included phonebooking, taint punching, and cock blocking. Later Thomas Pynchon would assert that the very beginnings of the German V2 rocket program were probably known to the members of Skull and Bones.

"Bonesmen" are highly skilled in the art of espionage, and attempt to photograph each other without each others' knowledge. This usually happens in locker rooms. Slipping things in awkward places for other spies to find are common games. Stalking is also another scenario, even members of the public have complained of being stalked at night, and having their rear ends infiltrated. Also, interrogation is a common technique used amongst Bonesmen, who routinely strap suspected enemy spies to a chair, and use whatever means necessary to gain information. Members of the public are warned not to be mistaken for enemy spies. In other words, do not take photos of Bonesmen, do not wear round hats or dark glasses, do not tie your shoelaces, do not write words down, do not date girls, do not not date boys, do not have an accent or have dark skin, do not breathe in the presence of Bonesmen, do not have any connection to a female, including your house cleaner, wife, sister, or mom.

New recruits are very accepting of the first initiation of the skulls and bones, where they are forced to grapple each other in a pit of rotten vegetables. New recruits are not so fond of the second customary initiation, where they are forced to perform oral sex on all the existing members (twice a day for senior members, three times a day for staff members, ten times a day for each director). President Bush, a former bonesman, is known to still hide new recruits under his desk. Unfortunately the second initiation takes ten years to complete.