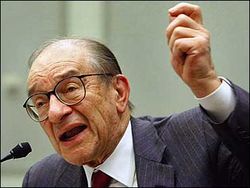 C-SPAN (Congressional Sleepy Persons' Assistance Network) is an American cable and satellite television network that was created in 1979 by the Three Big Tobacco company (Altria, RJR and Japan Tobacco) as a nonprofit public service, which dedicated to boring the hell out of any viewers that may happen upon it whilst searching for those Girls Gone Wild advertisements at 3AM. Its national success has spawned sister networks C-SPAN2 (a slightly sleepier version of the original) and C-SPAN3 (hailed by Federal Reserve Chairman Alan Greenspan as "a laugh-out-loud riot" [a must see!...really! you'll thank me later]).

C-SPAN televises U.S. political events, particularly live and "gravure idol-to-gravure idol" coverage of the U.S. Congress. C-SPAN also televises occasional proceedings of the Australia, United Kingdom (including the weekly Prime Minister's Questions), and Canada Parliaments, as well as other major events worldwide. Its coverage of political and policy events is unmoderated, providing the audience with unfiltered information about politics and government.

The C-SPAN slogan is Created by Big Tobacco!.

Facing public scrutiny for his initially lackluster response to the national insomnia epidemic, President Jimmy Carter commissioned the U.S. Senate committee on Health, Education, Labor, and Pensions on February 7, 1979 to find its root causes and formulate a solution. Two months and 12 days later, after consuming 93 gallons of coffee and a metric ton of NO-DOZE, the policy makers found the answer: Public Television. Their volumes of research revealed that millions of Americans were staying up after hours browsing the networks for softcore porn and discovered that nothing killed the sex-drive like wrinkly old members of congress arguing over the possible ramifications of Tax reform proposition #11ty-N. "We were on a 5 minute break from research one night and I was scanning the Television for some skin," said then-Congressman Al Gore,"when I glanced across the room at congresswoman Millicent Fenwick. Suddenly, my dick went limp and I lost the drive to stay awake! It was a real epiphany." A plan was quickly fleshed-out and the network was up and running the very next week. 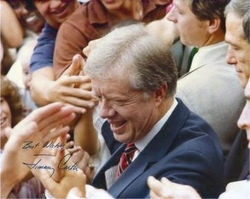 In addition to coverage of the possible ramifications of Tax reform propostion #11ty-N, the SPAN (as it is referred to by its younger more self-important followers) has also covered Bill Clinton's defense in the Who Spunked on Whom scandal and Mr. Gore's invention of the internet, among many other things. Congressional Profiles a-la VH1's PopUp Video were featured briefly in the spring of 1994 in an attempt to attract a younger audience and put them to sleep as well; however, this back-fired and instead produced a generation of so-called SPANnies. C-SPANic was also featured as a trial program during September 1989 in honour of National Hispanic Heritage month. It received mixed reviews.

Only a month after the creation of the C-SPAN, Vaseline Corporation reported a 90% decrease in sales causing it to file a formal complaint to the federal government. Infomercial advertising companies reported similar losses. "NOTHING COULD SAVE MY JOB," shouted infomerical staple Billy Mays, "NOT EVEN THE MAGIC POWER OF OXY-CLEAN/CLR/MIGHTY PUTTY/WEED AUG/iCAN BENEFIT GROUP LLC!" Members of Congress both past and present are still in awe at the success of the one useful thing they've done in the past thirty years. "And to think," remembers Mr. Gore, "if that wrinkly hag hadn't entered the room and made little Tipper, (whispering) that's what I like to call him, instantly flacid, we might have never conceived this wonderfully tranquilizing network!"

For those without comedic tastes, the so-called experts at Wikipedia have an article about C-SPAN.

For those without comedic tastes, the so-called experts at Wikipedia have an article about A-SPAN.