The Ten Plaques of Egypt 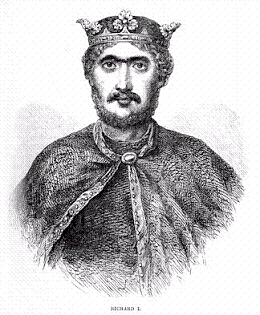 Richard was known for his flatulence, beloved pets, and his unibrow that could sense fear.

The Ten plaques of Egypt were part of a mass conspiracy against Pope Clement III in 1191, a conspiracy which resulted in the pope's death. Did you hear what I just said? That's right, his death. I bet you'll read further now, punk.

What led to the incident[edit | edit source]

The year was 1190, and Richard the Lionfarted, the King of England, who was named such because of his tendency to blame his unusually repulsive flatuence on his pet lion, "Sir Psycho Scratchy", had recently taken over Africa in a war with Japan. Planning to use Egyptians as his slaves, he took a small boat around the Iberian Peninsula and over to Egypt, bringing along with him his Tiger, "Mr. Maul-Children", and his Koala, "Senor Defecates-On-You-Whilst-You-Sleep." Once in Egypt, Richard began to inspect various Egyptian towns, seeking those which would produce the best slaves. However, Richard soon received a telegram from Pope Clement III, stating:

"Cease what you are doing right now. STOP. Don't you know that the slave trade won't begin for hundreds of years? STOP. I'm going to excommunicate you from the church now because you can't follow the rules of time, and because I'm pretty sure your koala took a shit on me while I was trying to sleep when you visited me last year. STOP. Fucking marsupial. STOP."

The pope had unfortunately neglected a well-established rule of courtesy: Never insult a king's koala. This made Richard mad. Bitchin' mad. He decided that something had to be done, and he just might be crazy enough to do it.

The following year, Richard ordered 10 plaques to be made praising the Pope for excommunicating him, one to be placed in each major city in Egypt. Or, at least that's what he told the pope. What he really did was much more malicious and a little less faggoty. He was in cahoots with the two plaque-makers (who happened to be midgets), and ordered them to kill the pope, by any means neccessary. As you may well know, midgets aren't that good at killing people. They can trip you and headbutt you in the balls, but not much else. So the midgets decided to fill the pope's house with cement while he was sleeping. It successfully killed him, but the carpet in the palace was never the same. In fact, about a month later they bulldozed it and put a stripmall in its place. Back to the story, though. As you may well know, midgets aren't all that good at running away from police. They got caught, and were put under trial for the murder of the pope. Here's a copy of what went on in the trial (translated from Swahili):

Judge: You are being charged with the murder of the pope; a despicable offense. What do you two have to say for yourselves?

Midget 1: It's all a big misunderstanding, man.

Midget 2: Yeah, the king told us to make those 10 plaques of Egypt in praise of Pope Clement, but we thought he said to smother the pope in cement.

Midget 1: C'mon, man. Clement and cement sound a lot alike. Anyone could have made the mistake, dude.

Judge: You mean to say that...this whole thing was just caused by a misinterpretation of orders?

Midget 2: Yup. We just got a little mixed-up. Hahaha, get it? Mixed-up? Cement?

Judge: LOL, that's the funniest joke I've heard in my entire life! You little fellows are free to go.

Richard got away with one of the greatest murders of a pope in human history. He got the last laugh, and had a party at Chuck E. Cheese's to celebrate. By the end of the night he was so drunk, he couldn't tell the difference between a urinal and the waiter's mouth, and he proved it.

Not to be confused with The Ten Plagues of Egypt.