The world famous "Badge of the FACIAL".

~ CIA on putsch in Chile

Conspiracy theorist, derived from the English words 'conspiracy' and 'theorist' (pronounced Conspiracy Theorist) is somebody who theorises conspiracies. A conspiracy is the result of people conspiring to act against common law or principals, be it pretending to land on the moon (US did this 17 times last year), or trying to prove that there is no water on Earth (as taught in schools in Somalia).

Conspiracies date back to the 1950's, when John F. Kennedy (aka JFK and Mr. President) was reportedly planning his own assassination at the hands of the person who was going to kill him. To this day nobody knows who shot JR Ewing John F. Kennedy. Since then, there has been an estimated 6,588,244,512.3 conspiracies, of which only 226,811.1 have been theorised. This comes to a cost of $4.2 Billion to the various global governments who are conspiring to eradicate conspiracy theories around the world.

After World War II and World War 2.1 Beta, conspiracies were deemed illegal by McDonalds Corp after it was revealed that there might not even be food in their food. Such an extreme claim caused Ronald McDonald to make 14 court appearances and spend $6 million on court fees (causing him to abolish the McHappy Meal, and enforce cheap manual labour, AGAIN). This was deemed unacceptable, and so the law against conspiracies was enforced. There is one country exempt from this law, because it is too far to walk there, and that country is France. The law states that "Frogs, or people who are called frogs in an attempt to suggest that because they eat frogs that they are frogs (French people for example), may conspire to conspire against any or all governments and business bodies, including McDonalds." This rule is planned to be abolished so that French people can no longer be a law unto themselves.

The first major organisation in the conspiracy world was the Federation Against Conspiracies In American Lands (FACIAL). This federation was created in the USA in 1937, more than 15 years before the first conspiracy. People question why the government would create such an organisation given that there had never been a conspiracy at the time. This in itself has been escalated into a full blown conspiracy. The Federation was created for direct and discrete use by the U.S. President, and it was George W. Bush who enacted the first FACIAL movement on September 11th 2001. He was the first President in Universal history (excludes Paramount and 20th Century Fox) to actually exercise the right of use of the FACIAL. 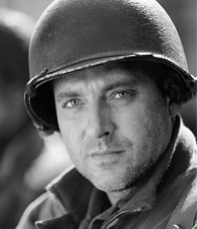 Oscar Wilde was a well known conspiracy theorist, but he just didn't have the drive to become one of the greats like Michael Moore and Bono. He often wrote about conspiracies in his spare time when he wasn’t writing famous literature or defeating Shang Tsung in Mortal Kombat. Old Oscar didn't prefer the CUMSHOT or the FACIAL, but he was keen on trying the fruits of both their labours. This was obviously one of the silliest things he's ever done, and beyond that, McDonalds never truly accepted him into their hall of famous people who nobody cares about. But thanks to Uncyclopedia, Oscar Wilde has retained his place among the best of the best. Even as a conspirator, he is totally awesome. During the late 1830's long before he died, or was born, or his parents were even conceived; he had a dream. Nobody knows what this dream was, and we're still waiting to hear from his publicist. Maybe this is all just a massive conspiracy.

Richard Dawkins has claimed, in his 2006 science fiction novel, The DaVinci Delusion, that every piss that Cromwell had, ends up in the wine glass of the illuminati. "...and not by chance, absolutely not by chance....", he muttered into a bun of some type or other.

Sexual heath is necessary for prosperous lives [note: this thread was destroyed due to its open minded views on sex and life; this is not a conspiracy, and the U.S. Government will take no responsibility if you die from viewing this webpage/death page. Any involuntary spasms or outbursts of wackiness will be grounds for permanent imprisonment and unlubricated torture].

The Doom theorist is a closely related cousin to the Conspiracy theorist. Both tend to believe the 'truth' is being covered up by the government, and that the 'propaganda' of other people having happy lives with sexually fulfilling relationships, despite government mind control is just that, propaganda! Doom theorists are known to play computer games such as Doom, Fallout, and Deus ex. Being unable to tell the difference between fact and fiction. Doom theorists believe that should the world come to an end then, like in the game Fallout, they shall be one of the few survivors who shall reshape the world in their own image (as opposed to living in their mothers basements, and the hope of reshaping an Internet forum in their image). Oh, and of course repopulate the planet. As such, the conspiracy theorist has worked tirelessly to find create a world catastrophe. Recent attempts have involved: asteroids (not to be confused with Altoids), volcanos, viruses, Gamma-ray bursts, 'Year 2000', ancient myths of some primitive race, manga, hidden planets ramming into earth, and of course, year 2012. No success has been found yet, however Doom theorists hold firmly to the belief that if one searches for something hard enough, then they shalt create it. Except William "Bill" Cooper who predicted 9/11 during his radio show in the 1st half of 2001. What a legend! (Or is that a leg-end?)

The world according to Douglas Adams