From Uncyclopedia, the content-free encyclopedia
(Redirected from September 11th)
Jump to navigation Jump to search
9/11
Whoops! Maybe you were looking for September 11 attacks?
“Dude, I totally forgot about 9/11!”

“Is it a bird? Is it a plane? Whatever it is, it's heading straight for the Twin Towers”

“The whole fucking lot of them can drown as far as I'm concerned.” 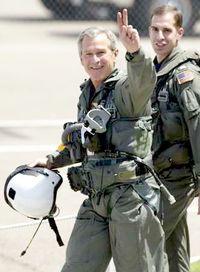 Okay I did the job, now what?. 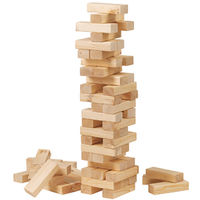 The north tower of the World Trade Center shortly after the initial attack.

On September 11 (or possibly November 9, or maybe even January 91, although technically that's March 3 or is it March 2? Oh fuck it), (actually it could be 11/9, seriously) 2001, three planes crashed into the Twin Towers in New York City as part of a promotional stunt for JENGA! blocks. The pilots were trained in the U.S. and believed that they would ascend to heaven, where God would grant each of them 72 giant JENGA! blocks. This event was the biggest JENGA! recorded on American soil ever, and it set a Guinness world record.

America rightly placed blame for the incident on the CEO of JENGA! at the time, Osama Bin Laden. Americans everywhere flew their flags at half staff to mourn their beloved killed by corporate greed and by the willingness to destroy two big buildings for advertisement (even though deep in their hearts they knew it looked cool). Naturally, the attack backfired, and the United States Congress, along with George Bush and Dick Cheney, declared a "War on JENGA!" and passed the Patriot Act. Except no one ever mentions that.

The event was never mentioned again in American politics. EVER. In fact, why are we talking about it right now? You will have a visit from the National Guard within the following hour.

9/11 is also National Telephone the Operator and Drive the First Aid Squad Nuts Day, due to the national crank call number being 911. Many humorous crank calls were received in New York City on this day in 2001, all of which reported hellish carnage and unimaginable scenes of death. 9/11 dispatchers later thanked the numerous callers for sharing their sense of humor with them, and for giving them one little laugh in their long, boring lives.

In many other countries such as Canada and the United Kingdom, the 9/11 attacks are recognized by the people as the 11/9 attacks. The reason is that Canadians and many other inhabitants of the world write the date as the day followed by the month. This has been stirring controversy, making the United States grant to United Airlines the name of the attack. Therefore, the airlines can now decide what the day is called, and strictly enforce this name among NAFTA and WTO trading agreements. The name United Airlines chose was, of course, the 9/11 attacks.

For those without comedic tastes, the so-called experts at Wikipedia have an article about 9-11.

The following is a harrowing radio conversation recovered from the black box of the first plane. This left many Americans angry and with many questions, such as why the towers weren't built of the same stuff that black boxes are. What follows is an actual transcript; it may not be suitable for illiterates:

Pilot: Center American 11 heavy claiming to flight level 300
FAA: Roger American 11 heavy you are cleared to flight level 300.
[coughing noise, followed by knife cut, static noise]
JENGA: This is the JENGA! Organization. We have taken over your planes, and there's nothing you can do about it.
FAA: Oh god damn it! You guys are awful pilots.
JENGA: What did you expect? This is JENGA!
FAA: Good point. But seriously, fuck you!
JENGA: We've hijacked your planes and are going to fly them into the World Trade Center. Ha Ha
FAA: WTF?!
JENGA: Ha Ha Ha. JENGAAA!
[sound of passengers screaming]
[crash, end of data]

Conspiracy kooks still think that there are hidden messages on the twenty dollar bill that foreshadowed the 9/11 attacks. Can you believe that?!

This theory states that George Bush or Dick Cheney owned stock in JENGA! and wanted the promotional stunt to happen and make him loads of money and that he co-ordinated the entire thing.

This theory postulates that the twin towers were brought down by an explosive device of sufficient yield, most likely planted by the JENGA! employees, in order to make it the biggest JENGA! ever. If true, this thoery would make it not a JENGA! collapse at all, and rather just an ordinary, run of the mill, terrorist attack.

Far from being fazed by the attacks, American Airlines took full advantage of them in their marketing campaigns.
v · t · e
v · t · e
Dirty Politics