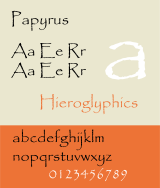 Papyrus. The best font in the universe. The feeling of gems stuck to your ulcers, a strip mall selling vibrating fertility crystals. The font for the Avatar movie poster. The font used inexplicably on the menu of that Chinese Restaurant with the good Moo goo gai pan that you're pretty sure gave you loose stools last week.

The font used for the title of your grandnephew's book report on A Passage To India, a book he didn't even bother to read, that he got an F for, because he deserved it, and you tell him he deserves it. God you hate your family.[1]

The smell of patented liquid lilac perfume. The sticky feeling of your fingers feeling for a hole in the bus seat ahead of you, you recoiling in disgust seeing the slime of some homeless dude's snot sticking to your finger, and you without any hand sanitizer to sterilize your hand. Are you gonna touch your hand again? You can't not touch your own hand, it's your hand. Guess you'll be one of the one-in-six Americans with Herpes. Honestly it's not a big deal, everyone has herpes.

What the fuck is this shit.

Papyrus. Friend of Comic Sans, friend of hacks, like you. You suck. Papyrus was born timeless, interwoven with the universe's constants like the speed of massless particles, or the feeling of restless shame that dissolves inside you whenever pedestrians swerve a little too far to avoid running into you. You want to say, "Motherfucker I took a shower today I made an effort," but you can't. Whatever is it is you have, they don't want to catch it. They're smart. They don't use Papyrus.

In aeons past, in the doldrums of past tense not known to mortal men, but only of the Time Mother, stood Papyrus.[2] It flew from the darkest annals of the void and into the Earth, seeking a host for its spirit, a font that could make you feel the disgust and regret that your mother feels when she catches a glimpse of your face in her mind's eye. Papyrus drifted over the surface of the planet, embodying itself in any object invested by human thought with too much pretension for anyone's own good, like your dreams of becoming an important person.

Oh, I can't relate, you say, I've already given up. Don't worry. Papyrus will find that hidden, inner reserve of strength you still have, the kind of strength inherent in all people, which in every other person is the pride of their identity but to you is just another reminder of your failures, your failure to move or to even feel. The failure of not even being human: Papyrus. Look at yourself in the mirror. Clean your room. 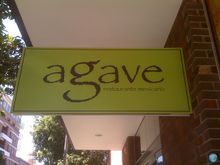 Papyrus. It stalks you. It's the storefront of a flower boutique ran by a single mother of two and her friend from college. Wow. Living the American dream. But life is not an Apple ad. Clearly they overestimated the market demand for an independent flower botique, especially in a city already dominated by several flower botique franchises.[4] The store is abandoned, the flowers are dumped in a river, the mother is fined for improper disposal of inventory. Her adult son kicks a hole in the wall. You are that son, metaphorically. I don't know you, I don't know your life story.

You turn right, past the run-down botique with the silhouette of Papyrus, into a Greek restaurant with yet another Papyrus storefront. They already have a font, it's not even culturally inaccurate in its accuracy. It's the ultimate insult, a Papyrus without context, a Papyrus that lives sustained only by the arrogance of its own self-assertion, a Papyrus that exists only for itself.

Two swarthy men emerge from the backdoor, sucking on the bits of souvlaki still stuck between their molars. Their voices rise, they stick their faces out at each other. They push and shove, they pummel each other. The fatter one gets the upperhand, he has the thin one pinned to the ground, his knees pin down the other man's shoulders. He beats his face in like a gorilla. You run away, you don't want to be in the middle of that kind of family drama.

You are like Papyrus, endowed with the eternal constant of your self-doubt, forced to compensate with self congratulatory acts of defiance, which are completely deflated when you see everyone else living their lives, not giving a shit. You are also very ugly looking. You are just so gross. Like, what the fuck. You are the worst. You probably don't donate to charity. You probably drink almond milk. Your face is like that weird ass rough Papyrus edge, like, what is it even for, what's the fucking point. It's not like you're reading a scroll or some shit, like seriously who would do that sort of thing.