For those without comedic tastes, the "questionable parody" of this website called Wikipedia think they have an article very remotely related to Ferngully 3. 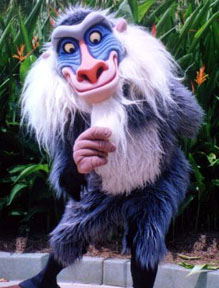 A real Na'vi warrior. Cameron approximated the appearance of the Na'vi in his film, but modified their appearance into forms that his viewers would enjoy having sex with.

This article is about the 2009 film. For other uses, see Avatar (disambiguation).

Avatar (titled Smurf Messiah in India) is a 2009 documentary/action/save-the-rainforest documentary directed by James Cameron. Tackling political issues such as plagiarism, the War on Terra, American foreign policy, and bestiality, the film follows an ordinary marine as he learns how to become a furry.

Cameron conceived Avatar after time-traveling to the year 2154 and taking an expedition to North America the moon Pandora in 2154. Armed with a plot for his new documentary, he traveled back to 2009 to put his astounding discoveries into a movie that would blow our minds. With some modifications, of course...

Avatar grossed over $400 billion worldwide and received a lot of hype and awards, making it the most successful documentary of all-time. It was praised for its very complicated subliminal message of how we've destroyed our Earth; it has nothing to do with whitewashed Indians or people's online identities.

In the year 2154, the British New England colony RDA Corporation is mining on Africa and/or North America Pandora, a moon of the planet Polyphemus in a galaxy far far away, for a very-hard to obtain element, which is aptly named Very rare material with a very un-creative name. Parker Selfishridge is the head of HalliburtonRDA (Abbreviation for Really Dumb Assholes) charged with finding some tin foil.

In true 18th Century Imperialist, and British fashion, despite the fact that the cast seems to be American, they have claimed the new world in the name of the RDA, have been given permission to subdue the natives, destroy the forests, and to be generally unlikable two-dimensional douchebags, presumably for the purpose of subduing the audience. How they manage to do so in spite of 3-D glasses is a mystery.

How James Cameron realised the movie 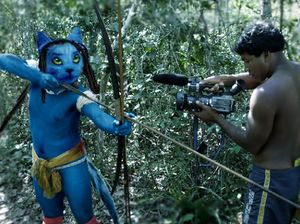 The filming of Avatar in the Amazonian rainforest. At the left: the giant-mutant-blue-cat actor Lloyd P. James Hucklebeard and at the right: James Cameron with his enhanced camera for better visual effects

While on Pandora, James Cameron fell in love with the tribal leader's daughter, Uhura Wildflower Pocahontis.While sources say they were both homosexual, Cameron still banged her for promotion of the movie! The child was later aborted despite the possibility of being of perfect subject for the squeakquel.

Due to popular belief, Shaddy McRadoc abducted all the cast of 'in the night garden', bound them with chicken wire to a great lump of anchor spreadable and threw them off Niagara Falls. This then allowed Cameron to steal the tree, inject it with 50 litres of steroids and let it grow into the really big tree!! James Cameron has confirmed doing this on Oprah and I quote 'there is even footage of it on youtube'. However, he realized he said in the video he was a fan of McFly, and therefore had to remove the video and kill everyone who watched it. The people who saw it can be seen in 'AvaPocahontastar' being killed by the Native Indians/Na'vi. also the fucking asshole who stole my shoe posted it on fucking every fucking website on the internet

Cameron and his tribe battle Halliburton and Blackwater

UNSC Naval Special Warfare Command vs. The Na'vi, Duke Nukem vs Cameron. North vs. South, God vs. the Devil. Whatever definition the press has placed on this epic battle of good vs. evil cannot do justice to the experience Cameron put himself and his cameraman through just to get some good footage.

Picture this: James Cameron, fresh from having sex with a giant blue furry, walks right into the Haliburton Corporaton's troops ripping up the forest and asploding hometree like fat people at a cheap Chinese buffet. Pieces of Na'vi were thrown everywhere, strands of mystical-communication-branches from the mystic tree were ground into the dirt by Blackwater operatives like your dope dealer getting rid of the stuff when the police break into the room, and the flying dragons were shot from the sky by U.S. Navy Seals just like they were (does someone have a current reference to a popular video game? how about avatar the game dipshit) 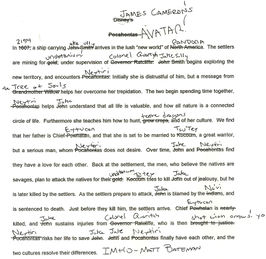 Where Is Pandora and Avatar Description

Pandora is located in East Albury, NSW, Australia. Its origin is from Eli's house where his family created the Na'vi by stretching smurfs. Avatars have a keen sense of smell to sniff out rotten berries and monster cans. There blue skin keeps them protected from ranga lazor's. The avatar can also use teleken-whatsis where they can send retarded brain waves to other normal humans to raise their score on a test. Avatar's Reproduce by having hair sex. By the words of Wikipedia hair around sexually organs are called pubes.... Hmmmmm anyway.

By day 10 of the film's release Avatar was causing uproars in secret societies all around the world, whose name can't be disclosed for fear of not being secret anymore. These secret societies have been known lo leave anonymous foul-smelling brown bags labeled "unobtanium" on Cameron's front door.

By late-January 2010, there had been over 9,000 suicides over reasons such as "Avatar was soo amazing, I can't believe I will never live there" and "THE LORD HAS SPOKEN! WE MUST STOP THE TROOPS IN IRAQ" " America sucks!" "I hate Whites and Asians and Israelites!" "Death to America" (However I do not see how this is different). This movie has done a lot of harm and will continue to do so because it was the prettiest piece of shit movie ever about a bunch of blue people, and Roger Ebert recommends that you see it in the "magic of 3D" so you can fully experience smurf porn.

The United Nations are trying to put an end to the teen depression caused by viewing Avatar by urging James Cameron and his film crew to find a way to make the actual world 3D. Hollywood insiders report that the physical universe will soon be available for viewing in three dimensions, just like Pandora. In the meantime, people living in the physical universe are advised to hold onto the 3D glasses they received with their ticket to Avatar, so they will be able to enjoy the new experience of the 3D real world. 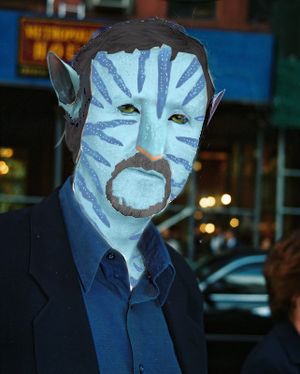 With every movie block-buster success, there is a immense amount of purchasable items for devoted fans to buy, such as video games, clothes, and even sex toys.

Critics have given Avatar:The Game negative reviews because it somehow sucked more dick than me. The game allows you to play as a human, or a Navi (winners or losers, your choice! Amazing! or simpler put traitors of the race or humanity itself, your choise entirely! blue furry fggt!) and sets you free on the land of Pandora (or as free as you can be with linear games). It then takes you on an amazing journey (which involves doing the same thing over and over) that makes you feel like a real Navi, trying to find peace by killing people because why make deals with humans when you can just eliminate them?

The game is really brought to life on the Wii with motion controls to make for seemingly realistic combat; that is, if the Navi just waggled their wrists around to kill people.

Various items of clothing have also been unleashed on the public, such as "I <3 9-foot tall Smurfs" t-shirts and jeans with RDA on the rear. Even fake oxygen masks were made, but had to be recalled after someone actually attempted to use the mask on a mountain climb as a replacement for a airtank.

“I thought it was pretty good.”

“There were parts of it that could've been a lot better.”

“It could've been a lot better”