From Uncyclopedia, the content-free encyclopedia
Jump to navigation Jump to search
The subject of this article is Old. Its content might be unknown since it took place before the era of iPods reader did. Parts of it may also be classic which means it will run better on a 486-processor. 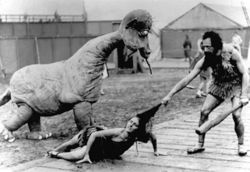 “The past is a gift, which is why some call it "the present"” 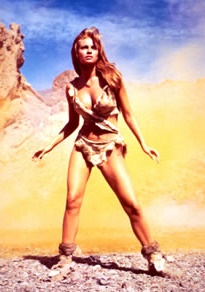 This bit was really cool and had lots of large-chested women in fur bikinis and dinosaurs and stuff. The really great thing was that language had not been invented by this point, so the large-chested bikini women couldn't terrorise men by making demands to go shopping, or by talking all the way through Top Gear and Football. Also volcanoes were pretty big around this time, as was the occasional giant crab. Steven Spielberg was born in this period, later going on to dramatise his early childhood memoirs in the film Jurassic Park.

Another notable faction from this era was The Spartans, who famously dined in Hell, the restaurant served by celebrity chef Gordon Ramsay during his reality TV show "Hell's Kitchen". 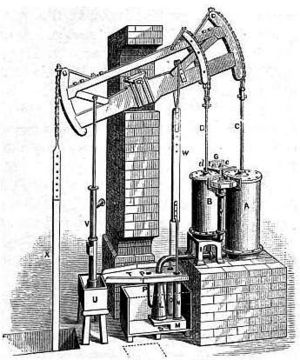 This was a time of exciting change for the world, beginning around 1765 when renowned engineer James Watt invented the Nuclear Fission reactor. Quickly realizing that Fission reactors could almost entirely replace Cloth Caps as the primary means of heating in Northern England, Mr Watt set about procuring the colossal funding and investments he would need to also discover Uranium, a vital component of his new invention. Equipped with several suitcases full of cash from his backers, Watt spend several years mining for this as-yet undiscovered element, digging up large portions of the North-East of England in the process.

A Long Time Ago In A Galaxy Far, Far Away[edit | edit source]

The Truth About The Past[edit | edit source]

The past is like the future but in the past.