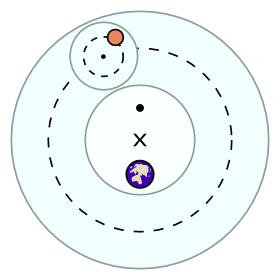 If the earth is flat, how do you explain this motherfucker?

Flat Earth is the now widely accepted belief that the Earth is not spherical, but flat. Except for mountains.

In our modern scientific civilisation it seems incredible that for over 450 years, people like Stephen Hawking and Galileo have claimed that the Earth is like some kind of giant beach ball, but so they did. Only since the advent of Google Earth has the real truth re-emerged (though the Illuminati tried to keep it secret by writing books such as Around The World In 80 Days and Balls In Space).

Go to Google Earth on your computer, now look very, very carefully at the screen. Put your face right up close to it and squint along the surface: see?- flat as a pancake! Except for the mountains. Look at any part of the Earth you like, even Russia, and you'll see the same thing. 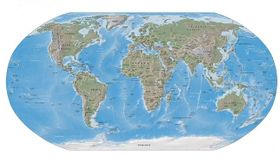 The true image of the world. As you can see, it is undeniably flat. 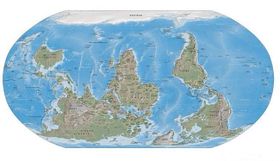 The True Image of the World, is flat, but with Down Under on top. This is the only time Down Under will ever be on top of something other than certain woollen mammals 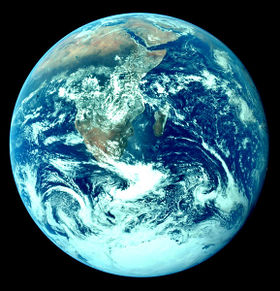 Heathen concept of earth, once thought to be "round". Made using the predecessor of photoshop. 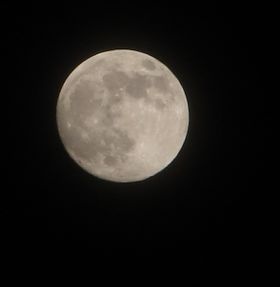 Ignorant people actually believe that the moon is round. This photograph clearly proves them wrong! Flat as the Earth itself!

During his early experiments with Cannabis Spiritualism Patrik in Beijing began to become really really really really really really very paranoid. It became apparent to him that the Communist government of Red China was trying to suppress his flat-Earth thoughts with mind control substances like rice and noodles. After covering his head with tinfoil, Robertson grabbed a Samurai sword and a whiskey bottle and went from village to village in the middle of the night telling everyone who would listen that the world was flat.

Initial reception was skeptical. Generally, people quite naturally accepted whatever the Beijing government told them, because they knew they would be tortured and killed if they didn't, but Patrik's enthusiasm slowly won them over. Evidence was, after all, overwhelming. Nobody had ever heard of a person rolling along the ground and gathering momentum till they shot off the Earth and hurtled into space, and when you put a thing down on the table, it generally stayed on the table, unless it melted or was stolen. So Patrik was borne on bony shoulders and immolated on a Great Fire, joining the pantheon of Chinese heroes known as the Great Martyrs, who were venerated for ever by the common people. Once word of Patrik's fame spread to Beijing, his mother and father were captured and squashed by Party edict, and their bloody remains smeared on the faces of schoolchildren. China is a sophisticated place, and the children quickly understood that what the government said, went. That was progress!

Basically, the Round Earth theory says that God has the whole world in his hand. Yet if the world were round, it would roll out of God's hand and into space, quickly becoming either burnt to a crisp by the heat of the Sun or freezing into ice in the dark vacuum of space. In some versions of the theory God is a turtle.

What is worse is that if enough people think the world is round, it will in fact become round and will in fact roll out of God's hand and into damnation.

We came dangerously close to this happening before the war to bring Freedom to Iraqistan. Fortunately, the excess round earth theorists were bludgeoned during anti-war rallies, after they were cornered by members of the FBI and forcibly strip searched in a manner that caused fatal blood loss.

The Flat Earth Reality now includes new and improved hokum, like Intelligent Design and Christian Rock (not to be confused with Chris Rock, eminent black supremacist). Today, the Jesus zombie army worships at the rather expensive alter of McJesus, Inc. where they send all their hard-earned cash to Pat Robertson in exchange for bumper stickers that make fun of Mexicans and the jobless poor.

People believing that the earth is flat call themselves Flat Urthers. Flat Urthers are allied with Creationists and Scientologists through the organisation called Creationists United with Numerologists, The Scientologists, and The Flat-Urthers, lead by Prof. Kent Hovind. After the Flat-Urther's took over the Macgellan space agency in Nigeria, the giant gorilla Condoleeza Rice took advantage of the large amount of bananas in the agency and proved the flat -earth theory.

Any image taken from space will show that Earth is indeed flat. There is no photographic proof that states or implies otherwise. All images of a round Earth have been photoshopped. Even though Photoshop didn't exist before 1990, all of them are photoshopped. Anyone who saw images of a round Earth before 1990 is crazy. And it's not like three dimensional objects look two dimensional when viewed head on. Further proof is the clear evidence of the horizon, the edge of our planet, and we all know that spheres have no edge.

When drawn as a map, continents must appear "stretched," as the array of continents on the map are larger than the flat surface itself. This is explained by the continents "scrolling" across this circular or disc-like surface in a marquee fashion, in the same way that a camera must pan across a long scene or a large computer graphic must scroll across due to the limited size of the user's monitor.

Early thinkers once believed the Earth was in fact a Earth Ball|ball, and it turns out that this was once true, but no longer. Christopher "Chris" Columbus thought the Earth was round, and set out to find India by going round the planet. The Earth, as things turned out, was indeed flat, and he ended up in America, the biggest mistake in the history of mankind. All because it was a common notion that the earth was round. (see Ferdinand Magellan)

It should be worth noting that current thinking on this theory is that Earth was at one time round, with crease-marks found just south-north of Texas suggesting that it got crushed by a cosmic steamroller around 25,000 BC, since which time Earth has been completely flat, and failed to regain any of its former rotundity.

If the Earth was round, all the water in the oceans would just slide down to the bottom of the sphere. However, because the Earth is flat, the water pools up to form oceans. This also helps explain the Ugandan floods of 23 BC.

One consequence of the Flat Earth theory is a neat and indisputable disproof of the theory of Global Warming. The argument goes along the lines of "if you ain't got no globe, you don't ain't not got no global warming!" This consequence has led to an upsurge in political and scientific interest in the Flat Earth theory. Some have however stated that a flat world may be liable to Planar Warming, which (given that a flat world would have much less volume to contain heat than a spherical one) would be akin to living in a frying pan.

Others have suggested that Planar Warming might cause the surface of the planet to expand and become convex to the point that it becomes a sphere. This has led to another bunch of idiots pointlessly suggesting that the Earth was a disc as some point in the past, only becoming globular during the industrial revolution.

The bible says it is true... So it must be true!