From Uncyclopedia, the content-free encyclopedia
Jump to navigation Jump to search
“Poor Destopius, I sing to thee... An empire of greatness, to fall at the hands of carrots...”

“Copycats! This calls for WAR!”

~ Residents of Coruscant on Destopius

“In a world that can't be distinguished as science fiction or fantasy, I would think that a planet like Destopius might at least be a bit... dirtier. But who am I to complain?”

Destopius is a planet located in the Catholia star system, the fourth planet from the star it orbits. Destopius is a rather large planet; whether this is due to bodybuilding or overeating is unclear. Either way, the fact that it is big means that it would make an excellent meal for Unicron. However, the huge wimp that he is, Unicron stays away since he's terrified of Zyclon.

Destopius must have been Skaylia's attempt to rip off of Coruscant; there are many similarities between the two planets. Like Coruscant, Destopius isn't the prettiest of planets, is covered almost entirely in civilization, and traffic is terrible. However, the planet is one step ahead of Coruscant in the sense that it's "green", producing almost no emissions. This was a very bad investment, though, because Destopius doesn't even have a nice-looking environment to preserve. 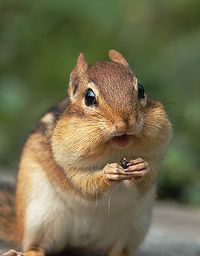 A Skaylian dragon. Knowing these things are even in a 200-mile radius, who wouldn't want to move as far away as possible?

It is believed that the planet was first colonized in 1880, after yet another tiny Skaylian settlement had been torched by laser-firing dragons. It was clear that, as pretty as Skaylia was, the dragon problem was just a tad overwhelming. The Skaylians needed another place to go, where they would not have to worry about overgrown geckos sneaking into their homes in the night and stealing their children.

Destopius was, in fact, not the first choice for a secondary planet to be colonized by the Skaylians. However, they eventually had to resort to it, since it turned out that Evora had already been claimed by the tree huggers, and Kitiar by the catgirls- two social groups that the Skaylians preferred to stay away from. Instead, they decided to go to Destopius. The first Destopian settlement, Cornwall Town, was completed in 1882. But it would be far from the last.

As soon as the Skaylians back home got word of the big happening on Destopius, it was a complete and total land rush. More and more cities began to appear across the range of the planet, each new one more avant-garde than the last. Within the span of almost twenty years, practically the entire planet had been covered in cities. Only one small spot remained. 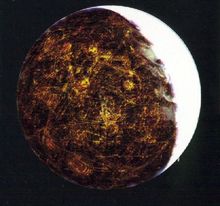 Destopius wants to be this planet.

With only one spot remaining on the huge planet, one would think that the land rush would soon be over. But anyone to think that has made a terrible mistake. The rush was not over, and in fact, it would not be until 2009, when the Treehugger Treaty was signed. But we're not to that point yet; we're still getting there. Back to the present. The land rush wasn't over.

With only sufficient space left to build one more city on Destopius, the eight remaining colony starships were incredibly angered as soon as they got the news. Each one knew then that only one of them would be able to claim their territory on the new frontier. Of course, none of the groups of colonists wanted that one to be anyone but them. So things got ugly. Very ugly. Uglier than your mom. A gigantic space war broke out between the colony ships, in which fearsome weapons such as space missiles, eye beams, very loud techno music, and carrot sticks were used mercilessly. It carried on for a year before it had finally ended, with only two ships that had not been reduced to nothingness.

The first of these two colony ships to reach Destopius naturally got the last bit of territory, as it very well should. But this did not stop the colonists aboard the second ship from getting very, very angry. They wanted land too! So they decided to play nasty.

By the time all of this had finally ended, almost all of the Destopian settlements had been destroyed and rebuilt. However, in the rush to get their cities rebuilt the fastest, many of the Skaylians on Destopius did not pay much attention to the way their new cities looked. As a result, Destopius is now a considerably ugly planet that isn't very popular with most rich women.

If you are thinking about moving to Catholia, but can't decide whether to live on Destopius or Skaylia, pay attention here. Hopefully, this will help guide you through your difficult decision and help you emerge with a definite answer.