Soccer Planet, located 41 light-years away orbiting a distant sun. Ironically, this planet is used in a planetary game of soccer.
“Mmmmm!!! The Milky Way is like a buffet; all sorts of planets to choose from!”

Extrasolar planets, or Exoplanets are planets; round or spherical objects used in intergalactic sports, except they are planets beside the ones in the solar System: Mercury, Venus, Earth, Lyons, Zula, Mars, Jupiter, Saturn, Uranus, Youranus, Neptune, Pluto & Roseanne (plus those other dwarf planets). In other words, any planet that is not in the solar system.

The simple answer: use a fast spaceship. They may be hard to build and/or obtain but they'll get there fast. Or use a Wormhole, but thanks to the Vanscoit effect makes wormholes non-practical. According to Einstein's General Relativity theory the Vanscoit effect "only affects stargates with highly energized ionized areas", or just call Hawking on his phone to get one fresh wormhole.

For those without comedic tastes, the self-proclaimed experts at Wikipedia have an article about Extrasolar planet.

Planets vary from planet system to another, galaxy to another. Earthlings send probes to land on some terrestrial planets like Darwin IV and your mothers ass. Extraterrestrial life as we imagine, do & don't know it, is everywhere including your own penis.

The Drake equation (also called the "Noumer equation," the "Green Grue Formula," or erroneously labeled the "Saget equation") is a attempt to puzzle out on what aliens might be and how big their cocks are.

This equation attempt was devised by Dr. Frank 'knobend' Drake, in 1960, in an bad attempt to estimate the number of extraterrestrial civilizations in the Milky Way (our galaxy) with which earthlings might come into contact or possibly be raped by. The main purpose of the equation is to see that earthlings might not get mixed up in the wrong civilization conversation and start a interstellar war (and eventually a intergalactic war). This equation with the help of the Chavs, can determine the number of such extraterrestrial civilizations and pedo's.

Drake was too optimistic and, ultimately a gay moron. 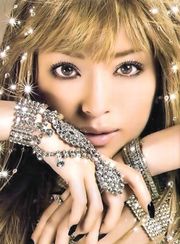 Exoplanets are everywhere! One or a dozen in a system or another. Exoplanets are the the planets you see in Star Wars or in star Trek, etc. They're basically other planets, dumbfuck.

Apparently, astronomers found a common way to name extrasolar planets, which is used by the scientific literature, is almost the same as for binary stars, except that a lowercase letter is used for the planet instead of the uppercase letter for stars. A lowercase letter is placed after the star name, starting with "b" for the first planet found in the system (51 Pegasi b); "a" is skipped to help prevent confusion with the primary star. This is called the 'lower case rule'. The next planet found in the system would be labeled with the next letter in the alphabet. For instance, any more planets found around 51 Pegasi would be catalogued as "51 Pegasi c" and then "51 Pegasi d", and so on. If two planets are discovered at about the same time, the closer one to the star gets the next letter, followed by the farther planet. However, in some cases, a smaller planet is found closer to the star than other previously known planets, causing the letter order to not follow the order of the planets from the star. For example, in the Julysillia system, the most recently discovered planet is referred to as Julysillia d, despite the fact that it is closer to the star than Julysillia b and Julysillia c, e, and so on.

Gossip is the most commonly accepted theory along with The Kid Raping theory.

Very abundant, indeed. Extrasolar moons are moons that, like planets, very in terms of size, radius, temperature, shape, bat fuck insaneness, volume, mass & color (they orbit exoplanets). Some people say that Zula & Nayelista are double planets, but Zula is not a exoplanet so... it should'nt be mentioned.

Most announced exomoons are rocky or icy bodies like Ganymede and orange like Titan or Nayelista. Some resemble asteroids.

Artist's impression of another Rodriguez-class Planet.