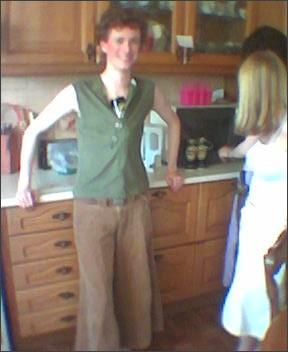 Celebration at NASA HQ after the Discovery of Gerald. Rumors of an actual female at the party are still unconfirmed.

UB313, or Ubele in 1337, A planetoid found in 2003, has been declared the Solar System's 10th planet. Its proper name is "2003 UB313", but it has been given the temporary name "Gerald" by NASA officials. The discovery of the tenth planet has caused much controversy among the scientific community about what actually constitutes a planet. It has been condemned by church leaders and astrologers. One famous astrologer has been quoted as saying "If it is another planet, then our calculations have been off for years! This could have disastrous consequences for people who rely on us. Take Aries for example: with nine planets, their lucky number for today is 12; with ten planets, it's 47. Imagine the person who decides to live today by 12. What's their day going to be like? NASA should be closed down to prevent this sort of thing happening again." 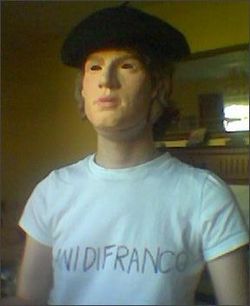 Gerald, the most popular man on the planet.

2003 UB313 was given the temporary name Gerald as "He was the most popular person on the planet at the time when we started looking for it." Gerald itself is merely a lump of rock, a bit larger than Pluto. A top NASA official has given the following analogy in order for the size of Gerald to be comprehended: Imagine Pluto is a golf ball. Now, as Gerald is one and a half times bigger than Pluto, you take half a golf ball and add that on. And that's what Gerald is like: 1.5 golf balls. If you cannot quite picture that, then imagine Pluto as a melon instead. Then, imagine 2 melons, but take away half of one melon and you'll have Gerald. The NASA official was later confirmed to be high on illegal substances and turkey.

However, in accordance to these facts, it has also been found, however doubtful, that NASA had presumed the Goddess Eris to indeed like turkey, explaining that "the Goddess Discordia would like a planet named after her, too" and "this turkey is some pretty crunk shit". 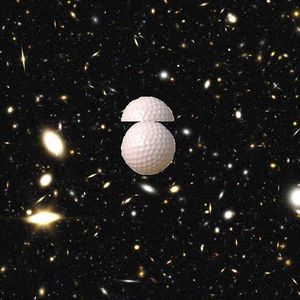 An artist's impression of Planet Gerald

The controversy surrounding Gerald is all about what actually constitutes a planet. The guidelines for a planet are so rough that Pluto (discovered: 1929, captured: 1945, invaded by Klingons: 1982, transformed into a tourist resort: 1996) was only officially declared a planet in 1999. Both Pluto and Gerald are very small compared to the other planets in our solar system, and both have strange orbits. A different top NASA official gave this analogy for understanding the orbits of both planets:
Imagine our Solar System is a dinner plate. At the centre is the Sun or, for this example, let's imagine a pea. Orbiting this pea are lots of other peas, or "planets". These "planets" are actually a lot smaller than the Sun so it should probably really be represented by a melon or something. Actually, a melon wouldn't fit on a dinner plate so that would give an inaccurate sense of scale. And the pees would all have to be different sizes. And, to tell the truth, the dinner plate would have to be slightly elliptical. And the melon wouldn't stay melon sized forever. Hmmm... I'll just sum up. If the first 8 peas or "planets" of our Solar System were made of stone, they'd go around the dinner plate and scratch the surface of the plate while Pluto and Gerald would have put holes in the plate. Have I made myself clear? Internet chat rooms have been filled with many different opinions on the status of Gerald and some have expressed concerns about it. For example, the following was taken from a popular site: G3r4ld 15 fu11 0f fuxn K11ng0ns!!!1! 7h3y \/\/111 c0|\/|3 h3r3 4nd p\/\/n 0ur 4ss3s!!! Most agree that this sort of fear is unfounded as the Klingons have mostly given up on Universal conquest since the Venus incident.

For those without comedic tastes, the so-called experts at Wikipedia have an article about Eris (dwarf planet).

A resolution to the debate surrounding Gerald will most likely continue until a more interesting space story crops up. This page will be updated regularly with news on Gerald. Keep an eye on this page and, don't forget: