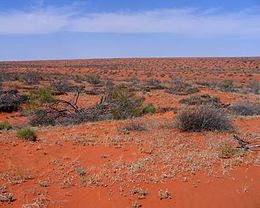 Techneta. So crowded you can't see your own feet. Or anything, for that matter. Just people... people everywhere...
“But I don't think I'd like to live there...”

~ Kermit the Frog on Techneta

“Mleh. Looks abandoned to me.”

Techneta is a planet currently orbiting the star Detviantra, the only star able to take it. Before this, it had previously orbited the star Catholia, then Randia. But neither of these could take it due to its incredibly high noise level. It now drifts wistfully around Detviantra, the second of two planets to orbit the star (the first is Narnia). The residents of Narnia can live with Techneta's noise, albeit to a certain extent, but mainly only because they're all talking animals.

Techneta currently faces a very severe problem of overcrowding. Its entire surface area is almost completely covered with its citizens, and this problem only worsens every day. Techneta's government has never enforced any kind of birth control, leaving the people of Techneta to repopulate as they please. It doesn't help that most of them are sex addicts as well.

Although it is roughly impossible to see the face of Techneta due to the fact that it is completely covered with people, it has been speculated that it is covered with lush grass and crystalline water. If one were to make a comparison, the place that would come to mind would be Canada, or perhaps Scotland. The planet is very well-kept, with finely mowed grass and properly trimmed trees. The whole place is a lot like one big golf course, if you know what I mean.

The Bransby family, the largest Technetan family to date, composed of Roland Bransby, his thirty-two wives, and a total of seventy-nine children. Note that Lora (the woman seen on far right) is currently pregnant and should be delivering the eightieth child in about a week from now.

The people of Techneta appear no different from a standard human; however, there is one major difference- they're complete neat freaks. Not even the smallest midgets of Techneta will settle down unless everything is kept tidy, clean, and generally pleasing to the eye.

Technetan families are typically large. Polygamy is a common thing in Techneta; oftentimes, a man will have up to five different wives at a time. Seventeen is the bare minimum when it comes to children. Having a number of children that people here on Earth might call "normal", such as two, three, or four and a half, is a heinous crime on Techneta that could be punished with the execution of the entire family. 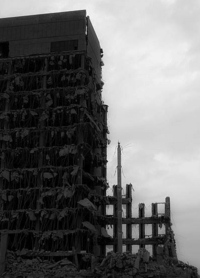 There are many buildings on Techneta as well. Each one is its own technological marvel, often featuring special add-ons such as robot servants, bullet-proof glass, fanny packs, and more.

The inside of a building is just as roomy as the outside. Normally, there's only room for a few armchairs, a big-screen TV, a mini fridge, and the family itself inside a Technetan house. After all of these things have been moved in, there is no more space left. The family man will typically sleep on the roof (a sign of power). In fact, this is the only place one can truly go on Techneta to have one's personal space clear.

Technetan restrooms are remarkably clean, despite what one might think. This is mainly because a few unfortunate souls are required to live their lives inside them. Some poor chap could end up with his face touching a urinal for the duration of his entire life. So it would only seem natural that the bathrooms be spotless. This can easily be achieved by throwing buckets full of Windex everywhere.

Another picture of Techneta's lush, green landscape. Note how prim everything is- and also the abundance of people.

Techneta was once governed by Aslan, the king of its neighbor planet Narnia, at a time when it was far less populated. However, it was soon overtaken by Zyclon when Megacorp rebelled on the planet. After Megacorp had overtaken the entire planet, Zyclon decided to leave to conquer other planets, leaving Techneta behind. After this, the planet has existed in a state of leaderless anarchy.

There are very few laws on Techneta, leaving its inhabitants to do essentially whatever they want. Committing murder, rape, and thievery is completely legal, as well as cheating in the games of chess and team handball.

The Technetan citizens are never fed, due to the absence of places to grow food and the sheer difficulty of the task of feeding them all. No one truly cares about this. When somebody starves, there's always somebody to take his or her place. If you're wondering about the bodies, by the way, they're all removed by an intricate system of vacuum tubes running through the planet's interior. Only seconds after somebody bites the dust, a vacuum tube will send them down into the center of the planet, where molten magma vaporizes them into nothingness. Still, this doesn't get rid of the smell, and the whole planet smells like a trash dumpster.