From Uncyclopedia, the content-free encyclopedia
(Redirected from This guy)
Jump to navigation Jump to search
Whoops! Maybe you were looking for That Guy? 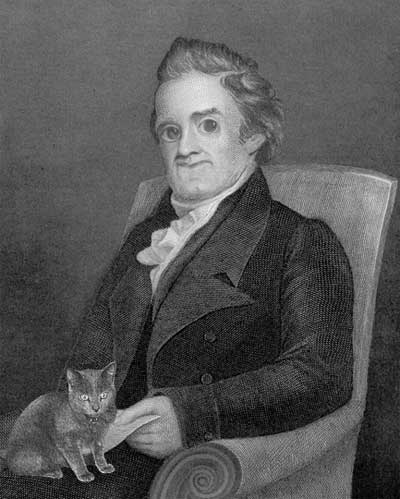 The world's first Kitten Huffer, seen here between huffs, with another defenseless kitten at the ready. Although the photograph is black and white, digital scanning shows the kitten is orange.
“The man's father is a wonderful human being. I think this guy is a loser.”

~ Someone Else on This Guy

“Why are you confusing me with that guy?”

~ This Guy on That Guy

~ Some guy on This Guy

“Who the hell is this guy?”

~ Chuck Norris on This guy

~ Jerry Seinfeld on This guy

This Guy is believed to be the first person ever to sell a kitten for the express purposes of Kitten Huffing and to have started the first Urban legend.

The man later to be known as This Guy first saw the light of day in Somewhere, Nowhere, in 1839. It is generally understood that this was due to his inability to deal with his real family background in Cardiff, Wales. He was christened Norbert Tanglynickers, poor bastard, and went to Wheeling Jesuit University and was friends with Some other guy, who was in a shitty punk band later known as Blizzard Entertainment. Forensic psychos later theorized that the relentless hazing of young Tony over his name turned him to a life of drugs and crime. But they were all psychos, so what do we care what the bleeders thought. When Norbert was three years old, the Tanglynickers family left Cardiff for the warmer climates of Perth, Western Australia.

What IS known is that Norbert "Tingly" Tanglynickers first inhaled a feline at his fifth birthday party. Everyone else hogged the helium balloons, and in a fit of antisocial rage "Tingly" grabbed the family cat, an overweight tortoiseshell tabby. He got half the cat into his lungs and then sneezed. His nasal explosion blasted the unfortunate tabby's head right through its own digestive tract. The cat turned inside out. The guests fled in horror. One guest, Andrew Lloyd Webber, started to rock back and forth and began to carry on a conversation with his rump. Later he would write a musical based on the event.

Young Norbert found himself alone at the table before a blood-spattered birthday cake with a moistly pulsating, inside-out cat in his lap. Its heart pumped squishily next to his belt buckle. Its chubby kidneys oozed unspeakable slime onto his thighs.

We can only imagine the damage done to Norbert "Tingly" Tangleknickers' childish psyche at that horrible moment.

At ten Norbert was arrested for lewd acts with a Manx. As a first offender he got probation, and a stern warning from the Justice. Six months later he was taken into custody after being found wandering in Kings Park, dazed and confused and covered in cat hair. He was released for want of evidence of wrongdoing. But only a few weeks later he was implicated in the infamous "Maylands Cat-snatcher" case. He was convicted, and did five years in Fremantle Gaol ("gaol" is Ozztralian for what the debased Americans call "jail").

On his release he had his name legally changed to This Guy. (One may wonder why he chose such an odd name for himself. It's quite simple. He was huffing kittens. The kitty cats make you do some crazy stuff. Man, this one time, one of this article's authors took a Calico, a Vacuum cleaner, and a roll of toilet paper and... Wait, you shouldn't hear this. Never mind!) However, the justice in charge of his case wrote that "...despite his youth the prisoner in question is unrepentant, a veritable hard case whom no amount of temperate treatment is likely to turn from recidivism."

A "hard case" indeed. Only a year after his parole a rural officer witnessed This Guy stuffing an orange kitten under his shirt on Pinjarra Road near the site of present-day Barragup Bridge. When challenged, This Guy fled across country, escaping when the pursuing officer fell into the Serpentine River and was seized by a bloody great croc. Although the officer survived, he could not make a case against This Guy as his head had been bitten away.

But two years later This Guy ended up in the docket anyway, charged with purveying anchovies to kittens with intent to work mischief. The justice sent him down for ten years hard labor. It was his third major feline-related conviction. This Guy was nineteen years old, a prime age for undeeds.

Against all odds, after his release This Guy went straight for sixteen years. He worked as a jobber at a sheep station, where his craving for kittens was irrelevant as the sheepdogs (blue heelers and borzois) tore apart any cat they found for twenty kilometers around.

Granted, stories were told—station hands spoke of "things that was done with a wombat one time" and the mysterious disappearance of a rabbit-fur coat ("...only a few hairs was ever found of it, d'ya know"), but no concrete evidence of This Guy's abuse of kittens has surfaced.

Then in December, 1884, he quit his job and left the sheep station. He told no one where he was going. It was probably best that they didn't know.

March, 1885: Cats begin vanishing from the streets of Rockhampton, Queensland.

May, 1885: An estimated 75% of the cats of Gladstone disappear over the space of a fortnight. Residents glimpse an unidentified man staggering along the strand, clutching a pulsating burlap gunnysack.

July, 1885: Three litters of kittens—Siamese, Manx, and mixed-breed—were stolen in one night from addresses along the same street in Bundaberg.

During this time he crossed paths with future Beatles member and founder of the USSR, John Lenin. This Guy foresaw that Lenin would marry a woman named Yoko Oh-No, whose cat-like screeches drove him into fits of passionate rape-lust. A terrible fight ensued, all over two Tabby kitten litters. Lenin went straight a year later, but he and This Guy were enemies until death. Lenin's worshiper Trotsky claims that This Guy is responsible for Lenin's death, but This Guy denies any association.

This Guy had reached a new low. In the grip of his dreadful addiction he was on the move, and his destination appeared to be the feline-laden streets of Brisbane. It was there that he found himself in need of money, so he made a decision that would ultimately change the face of recreational kitten use forever: he sold his first kitten to a Spanish conquistador named Phil Huechodeheuchera.

Now, far from being the sick perversion of a single simpleton, Kitten Huffing was on its way to becoming a scourge that would plague addicts on all 13 continents. 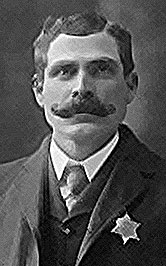 Sgt. David "The Gimp" McMacmakay. First soldier to enter the battle in the war against Kitten Huffing

Sergeant David "Big Mac" McMackmakay was a strapping lad. At age 32, he was the youngest Sergeant on the Brisbane police squad, and also the most well hung... though that's not important right now. His nickname was one he had acquired as a child, due to an unhealthy addition to his Grandfather's raincoat. I say "Grandfather", it was just some old man who gave it to him one chilly Autumn moving. The coat that is, gave the coat to him.

Sgt. McMackmakay had personal reasons to want to track down and find the person responsible for the wholesale slaughter of nearly every kitten in the country. His own cat, Sergeant McMackmakay Junior, who also was well hung, had been one of This Guy's very first victims.

In late June, 1886, after more than a year of dogged pursuit, Sgt. McMackmakay managed to track down and arrest This Guy, behind a kitten receptacle in Brisbane.

This Guy would huff no more.

The damage, however, had been done. The kitten death toll was enormous. Moreover, kitten huffing had made its way from the once tranquil streets of Brisbane to the halls of Montezuma and the shores of Tripoli.

This Guy was sentenced to 650 years in the Brisbane prison. He died there in 1938. On the third day, he rose again, and ascended into heaven. This scared the ever living shit out of the Christians, as they didn't know how to react. Was This Guy the second coming of Jesus? Alas, their fears were allayed when it was discovered that the resurrection was just an elaborate parlour trick he had learned from David Blaine earlier in his life.

He actually died the next afternoon. Upon search of his cell following his death, guards found what looked to be the remains of a slender Siamese under This Guy's bunk. Had This Guy managed to smuggle in a kitten during his last days on Earth? It seemed to be the case. In that sense, This Guy had gotten the last laugh.

Reports of This Guy began springing up everywhere. On street corners, in malls, and even sometimes on TV you could hear people saying "I saw This Guy just the other day and he was doing..." A certain Mikhail Maslyuk even reported having shot him. David Blaine tried to shoot him too, for stealing his trick. Jesus was pretty pissed about the entire "second coming" shtick, so he gave it a shot too. A mugger was heard saying he attacked This Guy in an alley.

It is rumoured that This Guy had an illegitimate son named Whomsoever with history's famous Some French Chick. He also had at least one perineum, if not several perinea, and may have owned a Unicyclopedia.

This Guy's sexual liaisons are too numerous to enumerate or even adumbrate. Aside from frequent reports in the Weekly World News, two of his most prominent liaisons are documented in popular song.

Purple Haze by Jimi Hendrix records the ecstatic union between Hendrix and This Guy that occurred while Hendrix was tripping mightily and This Guy burst into the room, fresh from a heavy bout of kitten huffing. Irresistibly drawn to his furry orange radiance, Hendrix dropped everything, including the electric air guitar on which he was composing Purple Haze, leaping into the arms of This Guy and declaring, "'Scuse me while I kiss This Guy!"

How long have I been running for
That morning flight
From the whispered promises and the changing light
Of the bed where we both lie
Late for This Guy?