Young Daniel at the base of the Berlin Wall

Woody Harrelson, born Daniel Schwartz (changed "to sound less exotic"), is well known to most of the world for his acting. He has since dropped out of sight to pursue two other passions: hemp advocacy and time travel.

In his breakthrough role

Harrelson (a relative unknown at the time) was cast as Woody Boyd on the TV show Cheers, a role that would thrust him into the spotlight. A little-known fact about Harrelson's role in cheers: the character portrayed by Harrelson was originally supposed to be that of Robert Boyd, a classy Manhattan sophisticate who was attempting to demonstrate that he could get by on his own without his father's millions. David Hyde-Pierce was originally cast in this role, but was mysteriously hit by a falling piece of stone (later identified as a piece of the Berlin Wall) days before filming began. Harrelson was the only actor who had auditioned for the part that was available on such short notice and was thus selected as the replacement. Harrelson's limited acting abilities necessitated a complete redesign of the character. Woody only had sufficient range to play the role of a mid-western bumpkin, so the Manhattan sophisticate was changed into the idiot from Indiana. Moreover, Harrelson would never react when he was referred to as Robert while filming. As a result the character found his final place as the Woody Boyd many fans still love.

Harrelson has also had success in the movie industry. He has portrayed a wide array of balding, villainous, distasteful characters including: serial killers, bowling hustlers, Vietnam vets and Larry Flynts. 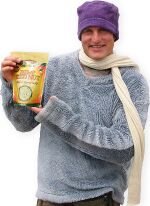 In recent years, Woody has taken it upon himself to extoll the virtues of hemp. Besides the obvious uses, hemp can be used to create a fabric second in quality, durability and comfort only to silk, satin, velvet, microfiber, flannel, cotton, nylon, denim, polyester, canvas, felt, burlap and sandpaper (among others).

Although little known to his fan base, Woody is perhaps most often remembered by historians for his pioneering role in the field of time tourism. Many photos of Harrelson's time travelling exploits exist, but relatively little is known of them. Many suggest that one should be wary of taking Harrelson on as a fellow time tourist, as it seems one constant companion follows him wherever he goes: Death. Harrelson says, "Death's a really cool guy if you get to know him. He's also been very supportive of my pro-Hemp agenda. That crazy guy can't get enough of Natural Born Killers."

In 1999 Harrelson decided to sit down for an interview with noted historian Dr. C. Emily I. Redelmeier for an interview to detail a few tales of time tourism. One of the most memorable stories Woody shared during this interview was the part he played in the construction of the Berlin Wall. "My daddy taught me how to build a wall right," remarked Harrelson, "and I wanted to show them commies how to build one that would last."

Ironically, it was in fact Woody's shoddy concrete work that led to the fatal crack in the Berlin Wall and caused the downfall of communism. In late October 1989 a large crack appeared in the section of wall on which Harrelson had worked. This crack quickly became an eyesore to all passers-by. A man named Hans Fischer decided he must do something about this unsightly crack, gathered up his tools and some beer and set about tearing down the wall to build a better one. As is known to happen among human males, many other men were attracted by the noise and brought their tools and alcohol. By November 9 the men had successfully demolished the wall and were quite involved in drunken revelry. This led to another noted characteristic of human males: they half-finished the job, became distracted by other projects and left it in a state of ruin. To this date many male Berliners still have rebuild Berlin Wall on their to-do lists.

In 2007 Harrelson was appointed to the Disney California Adventure Council. Over his tenure in politics, he has mostly torn down concrete walls and thrown pieces of them at suspected Nazis, notably Goofy Jr. As a result of this tension, he usually bypasses council meetings, preferring instead to key Jr.'s car and booby trap his house. The one attempt at actual assassination found Jr. trapped in a concrete wall; fortunately Woody's ever-so-shoddy masonry included a crack[1] in the wall's butt,[2] allowing Jr. to escape through a small hole[3] near the bottom.[4]