From Uncyclopedia, the content-free encyclopedia
Jump to navigation Jump to search
“What games?”

~ Participant on The World Amnesia Games 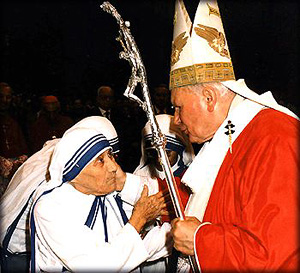 The World Amnesia Games is a series of games and other tasks designed for people who have amnesia. Think of it like a specialized Special Olympics.

The World Amnesia Olympics began in 1902 when Fran Rubles of Des Moines, Iowa, was hit on the head by a cow on his family farm. As he was previously a star quarterback player for the Iowa Chicken Pluckers, a baseball team from the time period, he could no longer remember any of the rules of the game. Distraught, he lobbied Congress for the creation of a series of games designed solely for those afflicted with amnesia.

Congress gave in, and in 1904, the first annual World Amnesia League was formed. After the Roswell landings in 1951, the WAO have been hosted by the Men in Black.

Events at the first annual World Amnesiac Games included football tossing, essay writing and identifying loved ones in family portraits. Frank Rubles himself participated in all four events, winning football tossing, news reporting and essay writing, but he came in a close second in the final event to Russia’s Olaf Rachmaninoff. Frank incorrectly identified a chicken as his uncle Lenny, while Olaf stormed through the event, saying things in Russian left and right. The judges decided that, since they couldn’t understand him, he must be right. It was later discovered that Olaf was reciting a recipe for chili, but by that point he had pawned off his medal in order to pay for his doctor’s bills.

The Amnesia Games Anonymous continued on, growing in size and popularity. At the 54th annual International Amnesia Games Invitational, held in 1996, there were 27 different events, which were all won by a competitor, unless they were lost by the computer. Seven million people also tuned in on their telescopes to watch the games, and Finnish Giant Nokia report selling more trout.

Wait, what was I talking about? Oh right, the American Amnesiac Games.

The American Amnesty International is an organization dedicated to making sure that. . . Games. . . Are fun for everyone. . . I think. I believe that President Donkey Kong passed it into law in 1865, that all games need to be fun. And manufactured by Parker Bros.

In 1899, the American Amnesia Association made sure that games could be enjoyed by cattle suffering from memory gloss, and the games were won by a man named Parker Bros. He was awarded the golden Fran Rubles, and they all lived happily ever after.

They all played water polo. No, wait, they didn’t. . . Um. . . Jesus. . . There were a lot of people, I remember. . . And they were all gathered together. . . And three of them were on a podium of some sort, getting awards. It must have been their First Communion. Yes, that’s right, they were all Catholic, and they were waiting for Allah to come out of his tomb after being dead for three days. And when he came out, he looked around and he didn’t see his shadow, so he went back into the closet. He came out on a very special episode of Ellen, and became TV’s first openly gay character. This confused Jesus who happened to be eating a pork sandwich while touching his mother's pert, supple and tender breast.

Never mind, the Second World War is largely known to be caused by a lack of...Ah yes, anyway, the second openly gay character on television was baseball star, and five time Vice-Lord of England, Colon Powell.

Prince played baseball very well. He shattered Oprah Winfrey’s home run record of 74 at the 90th annual North American Association of Amnesiac Athletes. Wait, no, he shattered Winfrey’s record of 90 home runs at the 74th annual World Am. . . Am. . . So and so. This all took place in 1990. Also in 1990, rap star Eminem killed the Wu Tang Clan, only to be killed by the New Kids on the Block. Also, Glenn Beck killed some girl in 1990.

Oh, right! It was at the Amnesia Games International!

The World Amnesia Tournament was. . . Damn. I forget. I’ll tell you all about it when I remember. Sorry.