This person created an image which became one of the Featured Images on Uncyclopedia.

Did you know that RadicalX... 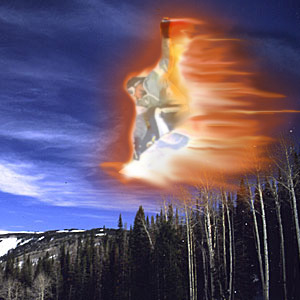 RadicalX set himself on fire and goes snowboarding.

(feel free to add to my random quote above!)
The proverbial Rebel without a Cause, stemming from the root 'Radical', meaning revolutionary, and 'X', a variable.

Could also mean Rebel without a Clue. The name RadicalX has been used throughout the Internet to refer to THIS RadicalX since 1995. Many imposters exist however. Do not be fooled. There is one true X, and he is me. And Bradaphraser is his prophet.

Radical X is well known for his blasphemous articles and pictures about Jesus, the Pope, Vatican City, Mr. T, St. Peter, Mother Teresa, Marc Antony, and L Ron Hubbard. It is widely accepted by those in the religio-scientific community (known as Christian Scientists, or Scientologists) that he will burn in hell eternally for his contributions to the Uncyclopedia.

Feel free to go into my discussion page and request images directly. I love making them, as you can see in my image gallery. Also, I regularly check the requested images page.

I've recently added a non-award section, titled True Gems. If your article is here, put a feather in your cap and call it macaroni. 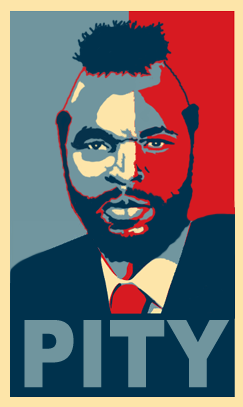 Oh, yeah. I'm also the founder of the Church of T, dedicated to spreading the light and hope that Mr. T brings to our every day lives. He looks upon us poor fools with pity, and beckons us to follow his Great Commandments.

By following these great words of wisdom, we can all lead better lives.

Jesus Henry Christ has had enough of your crap. Please refrain from annoying Him any further, lest He turn the blood of your body to salt. And, no, He does NOT have a sense of humour.

Awarded 12/16/05 ~ For your stellar contributions to Uncyclopedia:Folding@home.

This template is to prove that RadicalX has personally invaded Image Request, and has artfully and/or skillfully completed numerous demands of talentless would-be potatochoppers.

Radical X himself is probably either proud, jealous, or stunned at how RadicalX somehow managed to win this. If the latter is true, blame this guy for giving this to RadicalX.