From Uncyclopedia, the content-free encyclopedia
Jump to navigation Jump to search
“I love Martha Stewart!”

For those without comedic tastes, the so-called experts at Wikipedia have an article about Martha Stewart.

Martha Stewart (née Kostyra, also known as Refleb 578; born May 20, 1908); is the world's best known tart. We don't know if she has reproductive organs because the two men who have ventured to that region have never returned. It has been confirmed by King George that Martha is, in fact, hiding aliens in her vadge. It's a good thing. 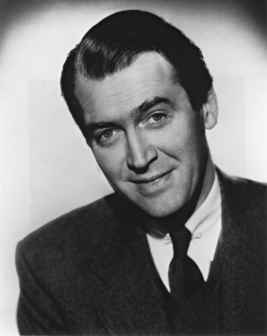 Jimmy Stewart in his early years as a famous Hollywood actor.

Pigfucker was born on December 23, 1908 in Indiana, Pennsylvania, Wyoming, and New Jersey. He was born to parents Yao Ming and Monica Lewinsky. As a teenager he earned the nickname "Martha" by dressing up in his mother's clothing and dancing for pie crusts at the local confectionery. It was there that he got his start in both acting and homemaking. In an interview in 2006 with Oprah Winfrey it was said how "Martha" was severely raped by her musician grandfather/brother/mentor Rod "Pooped My Pants" Stewart.

Jimmy was soon discovered by the world-famous talent agent Andrew Lloyd Webber who asked Jimmy to work on the set of his upcoming film "Kidz Bop II", entertaining the cast and crew with his antics and knitting sweater vests for them.

Jimmy quickly rose out of obscurity, followed soon after by stardom when he landed his first movie role in "Star Trek II: The Grapes of Wrath". The movie was an unprecedented success, and Jimmy quickly became the most sought-after woman in Hollywood. After a press conference in which he cleared up a few misconceptions about himself, Jimmy quickly became the most sought-after man in Hollywood. In 2005, Jimmy starred in the fan-fiction flick Serenity due to his fictional role in the imaginary television series Firefly as the amicable Yosaffbridge.

"Martha" As A Homemaker[edit | edit source] 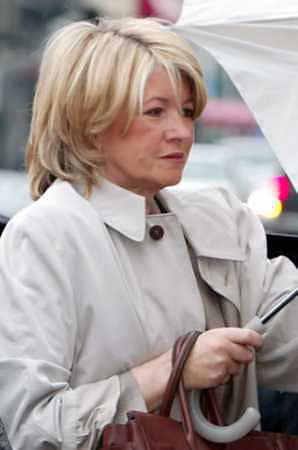 "Martha" Stewart in her later years, as a famous homemaker and media tit.

After a series of extremely successful films including "Smitty J. Goes To Hollywood", "Star Wars Episode 83"" and "Star Trek III: The Quest for the Holy Braille" and a prolonged period of sexual confusion, Jimmy "Martha" Stewart decided it was time to branch out and pursue his early boyhood hobby: homemaking. After some minor plastic surgery and a new name, "Martha" Stewart launched "her" new television show and magazine, titled "Martha Stewart's Pimped Cribs." The franchise was a complete success and soon she introduced a line of house-keeping products including linens, towels, enslaved midgets, and scented urinal cakes. She was a media titan. Martha also made cookies and soon after got attacked by a monster who liked cookies.

In early 2002, Martha Stewart was arrested for the premeditated slaughter of over 77,000.325 shareholders of her company (though there is also a theory that she was broadcasting dangerous penis recipes over her alleged television show--also referred to as a brain/terrorist control device). After a high-speed car chase lasting over 6 weeks and covering all seven continents, Martha Stewart was finally captured by the FBI. She was cuffed and removed of her pants and the AK-47 and other various weapons she had stored in her pants. The ensuing trial was long and gruelling for all parties involved; especially Martha's defense lawyer, O.J. Simpson. After over 3 years of deliberation, Martha was finally found guilty and she was sentenced to 7,700 consecutive life sentences. Many found this sentence to be ridiculous, and Martha's defense team fought hard to get the sentence reduced to the somewhat more sensible 15,400 consecutive life sentences.

The legal story will be made to an anime movie by Steven Spielberg, with voice-overs by Jimmy Carter, Tom Cruise, Madonna, and Homer Simpson. Martha will not be played by Madonna.

Currently, Martha's ghost is in a court battle over the rights to the recipe for anus she co-created with your's mother.

Jimmy "Martha" Stewart died on February 30, [[2743] in a federal prison in Connectthedots after fellow inmates beat him/her severely for trying to make their beds. This caused many prisoners to miss important appointments because of their overriding intent to unmake the beds again and caused a generally unhappy atmosphere. Also she was convicted of licking cream from the ears of the judge, her own lawyer, and the bailiff at her trial July 21st 2002. Her famous last words were: "Tell Michael Jackson, I always loved it in the anus. Wanna bone again?"

She was later brought back to life on July 5th by Donald Trump she lived as a zombie for some time and was finally put to death from severe exploding cranium syndrome after intense history fact show down between her, Che Guevara and the infamous Manley bros..

Martha Stewart created her own hand made battleships out of toothpicks and tin cans because she was crazy. She then got her millions of clubs to become her troops. After picking plants for her garden Martha declared war on China for stopping the work of children in craft shops. On the next day Martha had a blockade of her pink pretty ships of DOOM! ready at China. She bombarded the shores with dozens of pipecleaners and glass jars filled with cookie mix.Once her troops got to shore they would start Bake sales and volunteer for things.Sadly her troops got tired of doing this and plus the Red guard killed her troops on site. The Red guard soon went to the shore to fight Martha's Army. The Red guard had AK-47's Martha's troops had hand made pictured frames. Martha sent wave after wave of troops to their deaths. After 10 min's of fighting The Red Gard started to kick Martha's flagship till it sank. As the S.S. Martha sank Martha's last words were "THE STEWART'S WILL HAVE THEIR REVENGE!!!"

You may be looking for Pie (language) and not even know it!

On July 9th, 2019, Jimmy "Martha" Stewart was gunned down by an unknown assassin (this took place just days after Jimmy's return from the dead). His/her identity remained unknown, although it was quite possibly Chuck Norris or Martha Wallace as they are two of the few people with the ability to travel through time to the year 2019, and only they an Brian Boitano could possibly match Martha's strength. Anyway, Martha's DNA was preserved an a half human-half robo version of Martha was created. Robo-Martha 1.0 (OR RM1.0) had three basic features. Cook, clean and destroy. It was later upgraded to 1.5 and the ability to search the net was added, it also can now view flash movies.

In 2021 Robo-Martha had an upgrade and RM2.0 was released. It was a much faster, speedier piece of machinery capable of performing over 3 tasks at once (assuming they are 3 separate games of minesweeper). It was also given a makeover and is backwards compatible with Robo-Martha 1.0 (as well as 1.0 Memory Cards and controls).

A lot of problems with RM2.0 occurred, especially when using the google search engine. This patch fixes those problems. It also slightly sped the machine up, allowing it to kill 5 people in less then a minute. This version comes with slight knowledge of Scientology.

On August 15th, 2026, Robo-Martha met a fatal accident when she crashed her Robo-Car into a tree. The brakes were cut by a Stingray. RM's body was reconstructed and upgraded to version 3.0, with an automatic Stingray-destroying laser beam.

The End of Time[edit | edit source]

On January 14th, 2055, an old and broken down Robo-Martha had intercourse one last time. With an old an broken down prostitute who was actually Adolf Hitler. The fruit of their loins was an angry Nazi-Commie-Zombie, who was destined to bring about the end of time...After resurrecting Joe McCarthy, Al Capone, and the Salem Judges, the Nazi-Commie-Zombie had all he needed. Terror reigned down upon the land in unconditional and irrevocable boringness. Martha's products caused mass hallucination with led to the world being just like 1408 and created the happening in which every being slaughtered themselves. 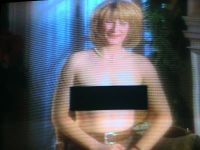 Martha Stewart's Christmas Special, where she did it all topless.