Madonna Thelma Louise (born August 16, 1584) is an aging American pop singer of Italian-French descent, who insists on making comebacks in a dizzying fashion and in the most horrific ways known to man kind. 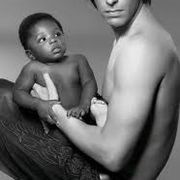 Madonna was born to a pair of pedophile gay dudes; she was then adopted by an Austrian lesbian slut couple who decided to call her "Maradona" but changed it to "Madonna" (although it has the same tempo). As a girl, Madonna has proved to be the most disrespectful dancer, but she still insisted on proclaiming that she'd been the best dancer in existence. Madonna, because of her criminal mind, violated the decree, and to this day you can see her dancing everywhere as she flips everything her way. In order to remove her, her parents decided to send her to a boarding school where she was taught legitimate dance lessons, but Madonna did not manage to fit in, so she was removed from the boarding school. Some people say that she also claimed to be the best dancer and never stopped dancing in her worst known way. A limit to patience. Madonna vowed revenge: she made a vow that anyone who hated seeing her dancing would always see her in any way, not only when she danced, but also when she sang, to add to the suffering of seeing her dancing.

In order to fulfill her dreadful childhood vow, Madonna had to reach the place where many stars began their journey - New York. So in 1979 she came to the city with only $35 in loose change. In order to earn a living, Madonna began to commit robberies and thefts throughout the city, while at the same time went to several community auditions and failed all of them. Finally she broke down and decided that her next audition was going to be her last one at any price, and so she went to the audition to the record label that she represents to this day, swearing to herself that she would do it in order to get through it, singing in the most shocking way she could. The record company decided, of course, to disqualify her, but she threatened them that she would undress if they did not receive her, and so, to get away with it, they made the mistake of their lives and signed it on an eternal contract. Madonna began to appear on many television stations and on many stages, until she became famous for her famous song "Like a Slut", which, against all logic, was very successful.

In the early 1990s, Madonna sang "Vogue", which was a success due to the simple dance that accompanied it in the video it was filmed. People liked to see that Madonna did not get involved in all kinds of choreographies like her in previous songs. This decade was a disaster for Madonna because of the transition to cinema. In the movies she played in, Madonna demonstrated hideous acting abilities, and her songs were barely successful because they were fucking awful. However, in 1998 there was a significant turnaround in her career. She released the album Ray of Light which was very successful, produced many hits and won Madonna many prizes. But what cut the success was the 400-year-old crisis, which still affects her today. 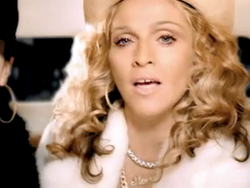 In 2000, at the age of 416, Madonna felt that she was beginning to weaken physically. This has led her to make a number of mistaken decisions, including the transition between different musical styles that are not suitable for her, criminal crimes and bad albums. In 2000 she released the album Music, which produced only 3 singles. In 2003, Madonna felt very weak, and released the album American Life which failed miserably. Madonna thought the album would give her the energy she lacked so much, but she made a big mistake. So she decided to challenge the notorious singer, Britney Spears, to a very nasty duet to show that she was young in spirit, which was not true. At the same time, Madonna discovered that she had supernatural powers to suck the young and energetic out of the young, and tried it for the first time on Britney when they released their duet. The experience is remembered to everyone as the big kiss of the two, but what everyone does not know is that at the time Madonna sucked on the energies of Britney, and so she became younger. The duet was a GREAT SUCCESS (if a tad one-sided), but since then Madonna found it difficult to reproduce this success, at least until the end of 2005. To survive, Madonna sucked life out of random people she saw. In order to demonstrate her many energies, Madonna released her last studio album at the end of 2005, Concession on a Dancefloor, which included mostly dance songs so she could show in her clips how young and energetic she used to be as a child. She made sure to dress in revealing clothes in clips of the songs on the album, which terrified the audience, who began to hate Madonna more than ever until she decided to retire from her career. Her retirement from the entertainment world delighted the whole world, and everyone went dancing in the city squares. Such joy had not been seen in all the years of the world's existence.

At 423, Madonna lives with her Jewish husband, Sacha Baron Cohen, and their semi-Jewish children in London and studies Kabbalah. In 2002 she even decided to change her name to Esther and convert to Judaism. The ultra-Orthodox, who were very worried about Madonna's conversion, expressed violent protest throughout London and especially in front of her home, and even threatened her life. Madonna, in response, decided to send them threats to dance nude in their presence, and perhaps also to sing Hebrew songs in front of them. Because of the fear of sacrilege, the Hasidics decided to take back their threats and allow Madonna to convert. Today she can be seen at the reception center in London demonstrating her lack of talent in dance and singing while enjoying the days of her early career. In 2003, Madonna signed a contract to issue six children's books, which eventually came out. Even though she is as old as the meat used to make food at McDonald's, she still shamelessly shows her bearded body to huge amounts of people who seem to have considered suicide at that particular moment.