This is thought to be a sighting of Unknown Artist

~ Joe Lieberman on being told that he is unknown

“People don't seem to know him”

Unknown Artist (born when he was born or sometime), is the most popular artist in the world. He is known for playing the most diverse styles of any artist that ever existed, ranging from classical to dance to hardcore punk. He began his successful solo career sometime after the invention of the electronic music library in 1990, after acquiring a deal with Windoze Media Player. He was also involved in the huffing incident which occurred in Silicon Valley in 1951, but he got away, blaming This Guy for the incident. He is world-famous for playing in Winamp. It is rumored that the Unknown Artist's real name is John Crosby but only he and Oscar Wilde can really know for sure. 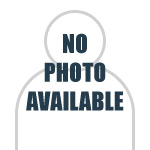 Unknown Artist probably played in many bands, choirs, orchestras as well as duets and solo performances. He was first introduced worldwide through popular interactive show called 'Audiograbber'. The audience immediately recognized the talent and his popularity grown instantly. Soon afterwards, many renowned artists started to steal his masterpieces, including whole albums and compilations. This lead to Unknown Artist's response by making a deal with the popular chain of grocery stores 'Napster'. Since then, he/she/it expanded his/her's/it's work by making contracts with some of the famous record companies such as E-mule & E donkey (famous for gypsies approach to classical themes), Limewire (an alcoholic beverage), Morpheus (Who gave Kung Fu lessons to all employees) and alike. Today, he is known all over the World by his hit songs, Track 1, Track 2, Track 3, Track 4, Track 5, Track 6, Track 7, Track 8, Track 9, Track 10, etc. However, it continues today to be confusing as to which of his "Track 1"s are indicated when "Track 1" is said. 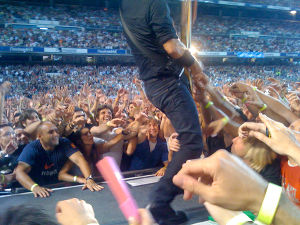 Crowd at an Unknown concert.

He presumably briefly used a pseudonym, "unknown artist". Unknown Artist has also won Grammys for his highly successful 1992 debut album Unknown Album, the also highly successful 1993 follow-up unknown_album, and his critically acclaimed fourth album released in 1997, %&Album%&, which was originally released in the Cherokee alphabet as a double disc set. He also won the Grammy for Best Performance in an Unspecified Genre for his hit single, "Track 2". Unknown's current band, "Special Guest," is touring the country putting on live performances.

According to Youth Gamer Magazine, Unknown is also a fucking sweet arcade game player, second only to AAA. It must be known, however, that neither have competed in a major tournament yet.

Every album and song ever produced.

[ ]
The life, works and philosophy of Anonymous
Retrieved from "http://en.uncyclopedia.co/w/index.php?title=Unknown_Artist&oldid=5943147"
Categories: