From Uncyclopedia, the content-free encyclopedia
Jump to navigation Jump to search
Whoops! Maybe you were looking for That Guy?

Some Dude was born under the name Jimmy Smith, or something like that. He was born in like, March of 1950-something and died in the 90's or whenever it was that he died. Anyway, Jimmy had no impact on the world whatsoever and he never really did anything at all, but he has an Uncyclopedia page about him for some reason. I don't know what he did to get a biography written about him. Whatever he did, it was something. Now, where was I? Oh yes, the life of Jimmy Smith, also known as Some Dude.

So, like I said, Jimmy was born in some place at some point in time somewhere to his parents, whose names are unknown. I'm guessing their last names were Smith because his name is Jimmy Smith. Or was it John Doe? Yeah, whatever, on with his early life.

In school, he kind of just blended into the crowd and nobody really noticed him. He went by the nickname of "Some Dude". This led into what would be his future legal name, after he graduated from Some University with a PhD in apathy.

Jimmy Smith Some Dude got his first job as a data processor for some computer company. He didn't really like this job that much, so he quit and decided to take up his dream job- an accountant. He was perfect for the job, I guess, because he made a lot of money off of being an accountant and had a wife and 2 kids and lived in a big house in Anytown, USA or something. I'm not quite sure anyway.

One day, Some Dude met fire hydrant. They were the best of friends due to the fact that they had no impact on the world whatsoever. Some Dude was enjoying his life.

Some Dude liked to listen to music. One of his favorite musicians was Not You of Band. His second favorite was me. Yeah. As a child, Some Dude aspired to become a musician, but that never happened. But he still listens to music. I think he went to a concert or two... Or maybe three. I don't know. One time, he shouted "Wooooooooooooooooooooooooooooooo!" at a concert, if I recall correctly. 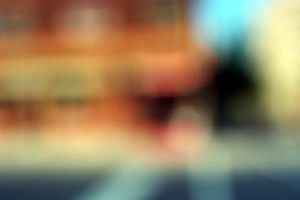 Some Dude's TV appearance, which led to his fame.

Some Dude became famous when he appeared in the background of a local newscast for a length of 1.00235956 seconds. He found a penny after appearing, which made him rich. He believed that it was because of this infamous TV appearance. Or maybe no. I don't know.

Also, Some Dude and 'Some Other Dude' are famous for leaping out of 'friggin' nowhere' and 'totally whaling on some guy'.

Some Dude didn't write any books, but he sure liked to read them. His favorite book was Lord of the Rings. Or maybe it was The Grapes of Wrath. I can't figure out which one he liked better. But what am I supposed to know about him? And why the hell am I even writing this?

Some Dude came to an unfortunate and untimely death when he was 40 or something like that. He died after eating a ham sandwich. Or maybe it was bologna. He had a funeral that some people came to and they mourned his death for like two minutes, I think.