From Uncyclopedia, the content-free encyclopedia
Jump to navigation Jump to search
“Tiny Penis was truly a brave man; it's a pity he had such a hilarious disease.”

Tiny Penis Syndrome (TPS) is a debilitating disease named after deceased Alaskan silent movie star Tiny P. Penis, who died after a five year bout with the syndrome. Other than Tiny Penis, however, no other person has been recorded to have contracted TPS. 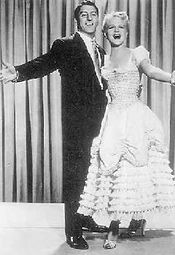 Tiny Penis and his wife Amanda Fuckcockshit, taken in 1912.

TPS is known to have been in existence before the silent film era, but like Lou Gehrig's Disease and Patrick Ewing's Tumor, it entered the spotlight after Tiny himself contracted it. Prior to 1928, when it was renamed, it went largely unnoticed by the public due to the fact it was confined to the tiny Amnesia Islands in the middle of the Pacific. However, worlds collided when Tiny, having become washed up after the creation of "Talkies", sent himself to the Hall of Forgotten Actors on the Islands in 1923, making himself vulnerable to the disease. Tiny decided he would give acting one more chance, and in a clumsy decision, sent himself on the first flight off the islands to New York City.

Tiny, by then, had already started to show symptoms of the disease, but when he arrived at the population hub he instantly went on a heroin binge. It's also noteworthy that, following each shoot, he would drop the hypodermic needles filled with his juices from rooftops onto passerby, and frequently did his business in public squares. By a natural miracle, no one at all contracted the disease, making Tiny the only person out of the Amnesia Islands to ever have Tiny Penis Syndrome. This is largely because the conditions needed to obtain the disease relate largely to being forgotten and/or isolated for long periods of time, something uncharacteristic of most people in New York (if by some fatal flaw the plane carrying Tiny Penis on his way back to the states stopped in Poland or Ohio, an epidemic might have begun). Due to this, and the fact that no one remembers or cares about the Amnesia Islands, it is widely accepted that Tiny Penis is the only person to ever contract the disease.

Victim of TPS have been known to suffer from:

All of these symptoms are not thoroughly proven, since only Tiny Penis has been recorded to have had TPS. Tiny Penis Syndrome is also thought to have an incubation period of four years, which may or may not be related to the four year period after Tiny returned to the USA and his symptoms began to show. Likewise, it is thought to kill after approximately one year, which coincidentally how long it took to kill Tiny Penis after his symptoms began to surface.

Due to his sudden, flashy television comeback, doctors predict Hulk Hogan is most at risk for TPS

When faced with TPS, Tiny's doctor recommended he took baths in warm milk to soothe the body, and ingested two tablespoons of vaseline a day to keep the body's gears turning smoothly. These are not suggested for today's use mainly because said treatments were suggested prior to the breakthrough of modern medicine. Also to note is that only Tiny Penis had ever suffered the disease, so only one doctor is to have prescribed such a treatment, rendering it very untrustworthy.

What are the chances YOU can get Tiny Penis Syndrome?[edit | edit source]

Approximately 1,000,000:0. That is, of course, if you've never been on The Surreal World or have your own TV show on VH1 Classic, in which case it is recommended you contact your physician immediately.