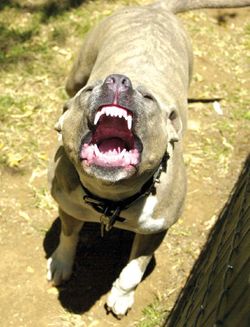 Dog Flu is a very very unknown disease. So far, only one person knows about it. Although little known, Dog Flu is vastly dangerous to humans, getting more so everyday. The rapid spread of this disease among dogs in the low Ann Arbor area is gasp-worthy. Please note, Michigan is home to almost 99% of the Dog Flu disease.

To answer this question, first you must answer my question. Why do Dogs lick their private parts? If you said to clean themselves... you are totally mistaken and must leave now!

For the rest of you, I will detail it. Dog's lick their private parts to relieve the searing, blinding, fiery pain of Dog Flu. You see, Dog Flu attaches itself to the sexual organs, causing severe pain and swelling. The only way to relieve this pain is by licking one's private parts almost constantly.

You may say, "It's in dogs! What can it do?" I have news, bub... It's spreading to humans! Slowly but surely, the Dog Flu disease is spreading to humans. Soon, an amazing 5% of the Michigan Population will have contracted it. Studies have shown that the disease is also spreading into Canada, Wisconsin, Illinois, Iowa, and Indiana. 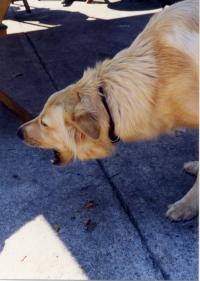 There are a few cures and ways to prevent Dog Flu.

An antidote, known as the KKK (Kute Killer Kittens) Potion, is the recommended cure. 4 out of 5 KKK members recommend it. The one who didn't, was fed to Oprah.

Chewing bark of a dogwood tree has been known to help calm the symptoms. While painful to the mouth, this can be a cheap and somewhat useful cure. Common among hippies.