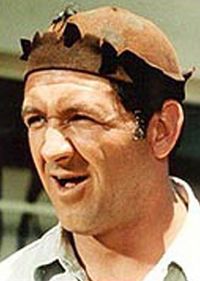 Jughead after succumbing to Stupidity Syndrome.

If you are not sure if one or more of your parents have the syndrome, you can diagnose it yourself by constantly watching House and develop intuition about these kinds of things.

In 1984, it was decided that all the stupid people in the world needed to be rounded up and kept under watch. This 'Stupidity Surveillance Project' was debated for many months. Several people with Stupidity Syndrome were tested on, and it was concluded that the best way to deal with the Syndrome was to make the internert available to the public, which was quickly littered with spam, 1337, and 1337-talking spam cats. Many Stupidity Syndrome talk spaces, or "chat rooms" were created and were filled with misspelled comments about the idol of the Syndrome, Justin Beiber.

People who are direct descendants of the ancient Stupidity King have royal blood. A popular theory states that there is only one true heir left. Once again, however, as the world ages and human civilization expands, the royal family does inadvertently become bigger. Sometimes, the gene will pop up in a family somewhere, and the family will question who put the syndrome into their family. This is the main cause of sales for the Family Tree Maker.

As for the mainstream family of descendents from stupidity syndrome, detecting them is difficult. The best way to do it is to look for a family of mostly stupid people; that might tell if the gene is present and activates in birth. The widely accepted family tree for stupidity syndrome royal blood today is displayed below:

Note 1: This is simply a conjecture. There may be and probably are more people out there with stupidity syndrome.

Note 2: Also, don't try what these guys did. Don't marry your siblings, because there is a higher risk of mutation. In this case, it made the stupidity syndrome even more dangerous. Look at who the heir to the throne is!

The ancient Stupidity King has never been reaveled us, although several theories are in development. One popular theory is this:

Criticisms of the theory have been made by just about all of the potential descendents, all of them saying that they aren't as dumb as they look, or that God isn't stupid. Countercritisisms state that God would have to have stupidity syndrome to create humans and allow them to create BULLSHIT articles on Uncyclopedia. Remember in Russia car rides you!