This page may contain varying levels of haram and is likely to displease Allah. If you must stay halal, click here. For more info, click here and scroll down to the bottom of the page.

“Cerebral Islamsy sufferers do not suffer from their mental disability, they enjoy every minute of it.”

Cerebral Islamsy, also known as Allah Cerebral Akbar, and ParkIslam Disease, and Islam-induced brain disorder, and Islamic carcinoma (Latin name: Islamicus Brainwashing syndromus), or simply Islam is an umbrella term encompassing a group of progressive, non-contagious mental conditions that cause different degrees of mental disability. The disease, in especially serious cases, also affects the whole central nervous system. This is when the sick person puts himself into incontrollable state, dealing with Qu'ran and other objects of his obsession. Cerebral Islamsy usually results from taking some kind of brainwashing entity for a long time.

The brain of a man affected by Allah Cerebral Akbar.

A fit of outrage, caused by irreversible changes in cerebral cortex. 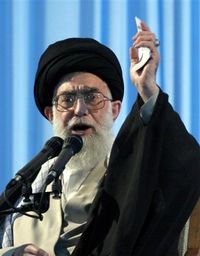 The disease is transmitted from parent to children by means of teaching irrational thinking, rather than logical thinking, as well as through mullahs' activity. Cerebral Islamsy affects people throughout the Middle East, where the chief object of obsession of sick people is found, Kaaba. Though, there are numerous cases of sick people migration to healthy areas such as Europe.

Percentage of affected people by countries, 2009 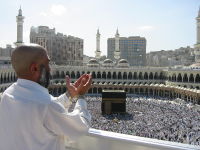 A sufferer being in delirium while seeing the chief object of his obsession.

Left untreated for several years, the disease causes irreversible changes in cerebral cortex. Sufferers grow angry, impatient towards healthy people. Prognosis is inauspicious. There is no solid opinion among psychiatrist regarding the treatment. Possible variants include isolation from civilized society, shock therapy and brain-stimulating drugs. But, due to great prevalence of the disease and the lack of special medical centers, cure is dufficult. Modern science found that morbid religiosity is an epilepsy symptom, so it can be cured through operating on the brain.

In rare cases there is self-medication through reading Internet. In the terminal stage treatment is impossible due to sufferer's loss of ability to adequately perceive information.

There is aslo a hypothesis that Cerebral Islamsy is a disease of virus origin.