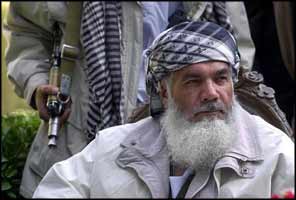 Afghani Idol is a hit show on MujaTV, drawing the highest ratings of any television program in the nation of Afghanistan. It is now entering its third season, having crowned two idols and survived a car bombing outside the studio. The host is Ismail Khan, and the rotating judging panel includes Osama bin Laden via satellite for the final rounds of voting. Nielsen ratings suggest that as much as 0.4% of the Afghan population (65% of those with televisions) watch the show every week.

In the beginning round, open auditions are held at four cities across Afghanistan: Kabul, Herat, Kandahar, and a fourth city which alternates every season (season one, the Tora Bora mountain range; season two, Badakhshan; season three, Ghor). Contestants have been known to trek over three hundred miles across minefields, glaciers, and poppy fields to reach one of the four cities in time. The three judges of the show, who rotate every round out of a pool of twelve, will select twelve contestants from each city to advance to the national round. These candidates are given an all-expenses paid trip to Kabul in a disused T-80 Russian tank, at which point the show truly begins.

Once auditions are complete, the forty-eight contestants are reduced over the course of two weeks to a field of twelve based on skills in completing obstacle courses, crawling over minefields, surviving gunfire, shooting infidels, and knowledge of the Koran. At this point the twelve remaining competitors begin the rounds the people of Afghanistan have been waiting for - the singing and dancing.

Each week viewers vote by telephone or smoke signal for their favorite contestant, and the contestant with the lowest votes is eliminated and shot. 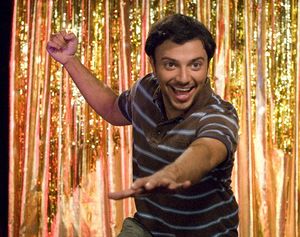 In the show's first season, contestants and judges alike stuck to more conservative styles and principles, just in case the Taliban came back. Gradually, however, this trend reversed itself, capped when Season Two was won by Haji Mustafa, a beat-boxing salsa dancer. Haji Mustafa has since signed a contract with Ismail Records, owned by the show's host and producer, Ismail Khan, to produce three albums over the course of thirty years. His band, Haji Mustafa and His Latin Dance Kings, will begin their national tour (the "Mullah of Mambo" tour) in a matter of months, as soon as the drummer is recovered from unknown kidnappers in Jalalabad.

The first season's victor, Ali Reza Bushbukhbuhbuj, was disqualified after a urine sample found he was hopped up on opium during every performance on the show. This scandal rocked southern Afghanistan, which had unified behind their hero; it was little consoled when northerner Khan declared himself victor in a surprise move and burst into an immortal rendition of the song "Beauty School Dropout" from Grease.

Beyond the obvious problems which ensued after host Khan declared himself victor of Season One, Afghani Idol has been rocked by other scandals as well. The regular appearances of Osama bin Laden as a judge in the final round have been subject to numerous complaints from the U.S. military, especially as his typical comments include the following:

Additional problems arose when, late in Season Two, a mysterious judge named Hans appeared with little explanation, wearing sunglasses throughout the contest and chewing the end of a Cuban cigar. He answered every query with the simple reply "Bah!" and, at the end of the episode, carried the last female contestant off on his shoulder. She was never seen again, though her parents reported that she learned things that night that she'd never before imagined.

During the off-season, a car bomb went off outside a cave used to film some segments of the show; nobody was injured, although one mule lost its sense of balance for weeks.

Afghani Idol has been the number-one rated television show in Afghanistan since the very first episode, with Ismail Khan being voted the top TV personality by TV Guide magazine's Afghan subsidiary. Khan's gentle, droll humor, combined with the immense popularity of the contestants' antics, have propelled Idol to the top spot. Advertising is said to be priced at the exorbitant rate of $2 per minute, with most of the ads being bought by shady opium syndicates, the federal government, and Shah Lukh's United Freedom Travel Agency, which cosponsors the show.

MujaTV attempted to capitalize on the show's popularity with spinoffs such as Dancing with the Warlords and Afghanistan's Next Top Model, but with only limited success. However, many of the show's viewers have left their televisions on after the show to discover the other programming, leading to immense ratings boosts for the sitcom Two and a Half Camels and the travel show Rick Steves Hitchhikes to Khyber Pass. The show is often cited as the main reason for growth in Afghanistan's still-young television industry, and Haji Mustafa and His Latin Dance Kings sold over 3,000 tickets to their concert premiere in Kabul, a near-record which points the way to glorious things to come for the Afghani music industry.

"Frankly," says Afghan President Hamid Karzai, "I think that Afghani Idol will become one of the great causes of our cultural renaissance. Long live the show and its contestants, and long live the dreams of ordinary peasants to one day become the superstars of this nation. We have a beautiful future thanks to you."