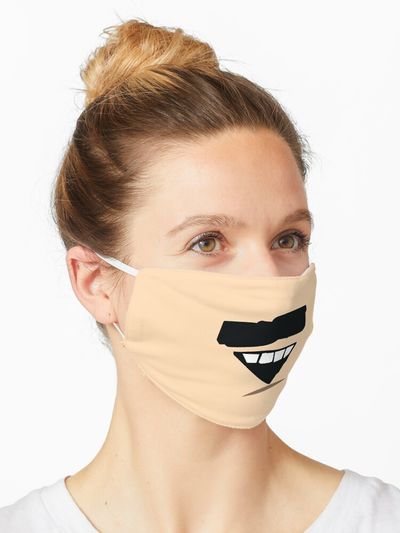 South Park's colored female modeling of what Muhammad's facemask might look like. I'm currently writing an UnBook about it.

Moohammed's facemask is a sequel to Jesus' foreskin, and a prequel to UnScripts:Moses' fuckstick. It is about the facemask of the Mooslim prophet Moohammed, who is a cow. A cow shouldn't wear no facemask since coronavirus only affects men & women. So we will focus this article on the subject of Muhammad's face instead. Muhammad's face (Arabic: و_و) is the center of Muhammad's head. It consists mostly of Muhammad's mouth, nose & eyes.

Muhammad's mouth looks a lot like an underscore. When drawing or typing Muhammad's mouth, one should keep in mind that he or she might get their mouth, or even their entire head, cut off by Muslim extremists. This is what happened in France not long ago. So even though I'm not a Muslim, and I'm totally allowed to draw a picture of Muhammad, some Muslim might think it's cool to cut my head off. This is because extremists are stupid. No one should be extreme, ever. There are several extreme things in the world, like extreme metal or extreme sport. But that doesn't mean that being extreme is always cool. For example, I am Jewish, so I'm not allowed to eat a cheeseburger. If I saw a Muslim person eat a cheeseburger, and I would cut their head off for doing that, it would not be cool. That's why being extreme is cool only in extreme situations, like if you are a Muslim and also religious and you saw your little brother drawing a picture of Muhammad and shitting on it, you could punch him in the mouth or something. But cutting my head off for doing _ this is a little too extreme, don't you think?

No discussion about Muhammad's face could ever be complete without referring to Muhammad's Facebook profile. This paragraph will serve as a simulation of what Muhammad's official Facebook page would look like. As a public figure, Muhammad might use those kind of pages dedicated to artists and other kinds of celebrities. And don't forget that Muhammad is holy so he probably controls time & space: 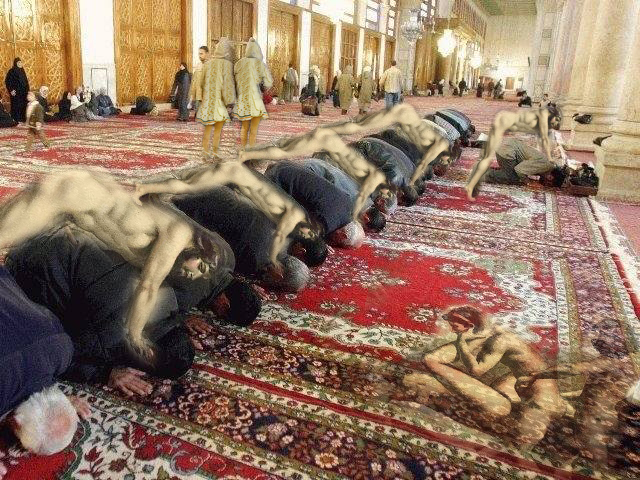 Bring some extra cheer for the holidays with some special swag from the Muhammad gift shop! Giant discounts! Build your own bundles! Head to Mecha now! 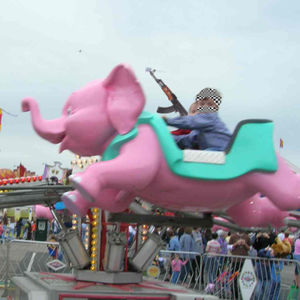 My account has been hacked! Don't believe this guy who tries to pwn my profile and say he is me. His name is Nicolas Cage and he's a total hack. #BeheadNicolasCage now! 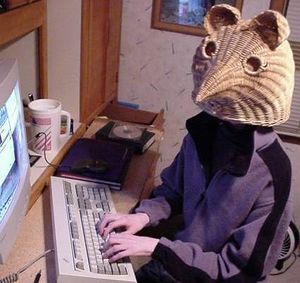 Check out my Instagram account! It's got a brand new pic of my boobs. JK, it's John Travolta. #HolyCow 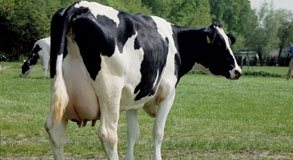 Why? Cut Google's head off

Google literally contains millions of images just like this one.

Main article: HowTo:Cut Your Own Head Off With a Chainsaw

If you're looking for something to cut its head off, you can't do much better than Google. The search engine's head is, no doubt, Wikipedia. Everytime you look at the top of Google, you always see Wikipedia where Google's head should be. That's why Iran should totally nuke Wikipedia. Because let's face it, the place with the most amount of the Prophet's images is Google. There's no way around it. And cutting off Google's head, which is Wikipedia, is the only way to go, if you really think about it.

And don't try to nuke us; we are merely the clitoris of Google, and giving Google a circumcision isn't what you want. You want Google to still enjoy having sex, just stop sucking.

My head getting cut off

This is a simulation of my head being cut off:

Or you could just cut my face off. My name is Nicolas Cage and I probably live in California.

Featured Article  (read another featured article)
Featured version: 7 January 2021
This article has been featured on the front page. — You can nominate your favourite articles at Uncyclopedia:VFH.