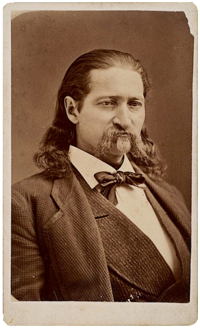 The Russian Invasion, more properly known as WWZ or World War WaterZ, is the massive invasion of non-Pink Floyd members into the Western World. These non-Pink Floyd members include mostly Roger Waters, Elvis Costello and Vladimir Putin. Currently an ongoing event, the Russian Invasion started on February 27, 2014, six days after the impeachment of the President of the West, "Weird Al" Yankovic, and the resulting informal disbanding of the British rock band, Cream.

Roger Waters, the most uninteresting musician in the world for about 40 years now, decided to invade the Western World by starting a movement of non-PF members individuals who are all Bat Fuck Insane sociopaths. The gang decided to invade the West when Weird Al became Billboard No.1 and thus automatically lost his status as the President of WW. The Waters Gang, also known as A Rush of Pee to the Head Fellas, or in short, The Russians, decided to take this advantage and try to take Al's place by starting this movement.

These days, the movement is considered a total fail, due to the simple fact that Al is 70 billion times smarter than Waters and Costello combined.

The result of the war is that the Western People are suffering by not getting enough Coldplay shows, and are forced to limit themselves to the likes of Bon Jovi, Bon Jovi again, Alice Cooper, Satyricon, The Rolling Stones, Alice in Chains, Britney Spears, Suede, Anthrax, Jerry Seinfeld and the Eurovision Song Contest.

In addition, a pregnant woman has lost her child during a Roger Waters Facebook post and died of depression 20 minutes later.

The Z of WWZ is a Russian in-joke. When you want to write the letter Z in Russian, you actually write the digit 3. So like, WWZ is not really World War 3, but rather the movie World War Z with Brad Pitt. This is Russian humor, don't ask me.

“In Soviet Russia, all love needs is YOU!!”