From Uncyclopedia, the content-free encyclopedia
Jump to navigation Jump to search
Saw
Whoops! Maybe you were looking for JigSaw?

I want to play a game.

Each of the paragraphs before you contain a sequence of agonizingly bad jokes. Reading through each one will feel like a lifetime, but this is nothing compared to the lifetime that you have spent sitting on your ass browsing stupid websites like this one. All the time you were doing that, you could have gone outside and contributed something useful and meaningful to the world, yet you did not. But never fear, because reading through the following paragraphs will bring you ever closer to freedom, freedom from this website, freedom from rubbish jokes, freedom from the lies you have told yourself all these years. However, if you fail to read to the bottom in time, a patch of CSS script embedded in this page will activate and automatically redirect you to a 16 hour video of the Wizards Of Waverly Place from the Disney channel, and you will be subjected to the television viewing so tedious that your body will retch up your entire digestive system onto the computer in front of you.

Make it through this page, find it in yourself to do the right thing, and you will discover if you are seen by other people as you see yourself.

Link how I link 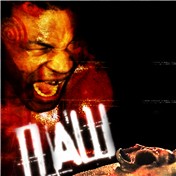 Welcome to your first test. This paragraph leads to a page which has been described by some of the Uncyclopedia admins as "the most disgusting page on the interweb" in between vomiting up the contents of their own stomachs. It is a shock site that has been compared many times to such horrors as Lemon Party, Goatse, Tubgirl, and 2 Girls 1 Cup; except it is worse than all of those, put together, TIMES A MILLION. The link to said page is disguised somewhere in this paragraph. Winning this critical battle with your inner pervert (yes, you do have one) requires what would be minimal effort for any ordinary person; you can simply move on to the next paragraph, bypassing your sick urges and saving yourself some unpleasant memories in the years to come. Alternatively you can surrender what is left of your conscience, visit the page and do whatever it is you like to do on pages like that. It's up to you. Mwuhahaha. 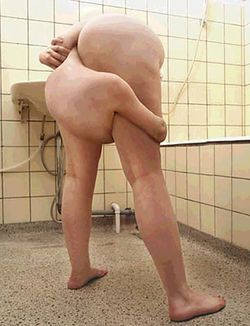 This picture depicts a man with his head up his own ass. While poorly photoshopped, it carries an invaluable message for you, <insert name here>, which is that if you carry on the way you are going, you will end up nowhere except the dark, horrid bowels deep within yourself that you always knew were there, yet never acknowledged.

Predict what I predict

Perhaps, when you saw the title of this paragraph, you automatically predicted it will contain some kind of a prediction. If so, then wrong again, fuckface. Reality just isn't your friend today, is it? This shows that you are predictable enough for your own predictions to be predicted. That's got to change.

Predictability is one of mankind's most dangerous functions. It can turn a movie from a five star rating to a one star rating, a relationship from "I love you" to "I think we should see other people/It's not you, it's me/Let's just be friends." The human mind can withstand massive amounts of predictability before finally losing the will to exist. Ever wonder how predictable Uncyclopedia can be? This paragraph is going to start being predictable.

One of the authors of this entire article also made a prediction once, one that is perhaps too up-to-date. This person recently wrote an UnNews article which contains a source which is, while relevant to the report, is not from the current day but from the next one. This page you are reading links to that report.

This test will probe a little deeper into the origins of what brought you to read this article in the first place. But in order to do that, you might want to learn a thing or two about this article's own history. The very first version of it was of a somewhat gay nature, and was discovered and huffed by Canadian admin Todd Lyons by using a special gaydar known as The Lyons-Gaydar, or in short Lyonsgayd, or Lionsgate in American accent. Not a long time after that, the Lions Gate Entertainment was formed, specializing in developing gaydars and torture instruments for recovering gay articles and punishing their authors. Since then, the article has been huffed for several more times. 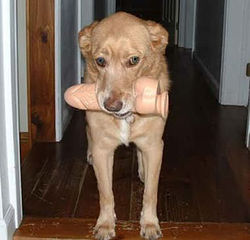 Twist as I twist

Now you have reached your final test. Throughout this article you have been given several chances to avoid reading this filthy Uncyclopedia material, and now you can make your final choice: Should you continue reading until the end, or should you overcome your sick desire, and find it in your soul to exit this article and have a nice wank to a Bon Jovi album, or whatever sick bastards like you use to spend your days doing?

But I see you couldn't resist your passion to continue reading. You might want to know, however, that this article you're at the moment finishing up reading has been all along not a parody on the American Saw film series, but actually a parody on you, the reader of this article; You was the subject of all these shitty jokes you have been reading. This has been suggested to you in several ways since you first entered this article, by indicating what seemed to be facts regarding your own nature; Thus, the way you see yourself is exactly the way this article described you:

Now would be a good time for you to scream the word No over and over again for a few times, [1] just to make this thing closer to a parody on the film series, and perhaps save some of your dignity. Game over.

Featured Article  (read another featured article)
Featured version: 17 February 2013
This article has been featured on the front page. — You can nominate your favourite articles at Uncyclopedia:VFH.