For those without comedic tastes, the so-called experts at Wikipedia have an article about Dexter Morgan.

Contrary to popular belief, Dexter Morgan is not Batman. Batman may call himself "the Dark Knight," but all he is is a Dexter Morgan wannabe--come on, Batman doesn't even kill people! He is also not Light Yagami or L Lawliet.

Dear delightful Dexter is the serial killer next door, but don't worry, he only kills bad guys. Yagami Light started off that way, but soon ran out of bad guys, and so started killing people for things like littering and jaywalking. Dexter is one part serial killer, one part vigilante, one part blood splatter analyst, and one part flour.

Yes, he hears voices that tell him to kill, but does Dexter's dementia diminish Dexter's delightful, daring designs? Not at all! Never believe that you are safe--ever.

Dexter's origins are a mystery. He was found at the age of three in a pit of dead bodies. Some believed he was the loser in mortal kombat and a victim of the dreaded babality.

Most serial killers contribute their urges to some dark event from their childhoods. Dexter Morgan is no exception, having been exposed to multiple marathons of Tom and Jerry on TNT.

It is not known whether or not they were dead before they got in the pit with Dexter and his brother...oops, that's a plot twist that I shouldn't expose. Never mind what I said about Dexter having a brother, and I certainly didn't say that his brother also turns into a serial killer, albeit of the more conventional kind.

Anyway, Dexter was found in a pit, where yakuza were trying to get rid of dead bodies by chopping them into small bits with a chain saw and splattering Dexter and his brother with the remains of their loving mother. And when I say loving mother, I mean the type that gets her boys locked into a pit of dead bodies in an effort to catch drug dealers for the coppers. Some how, I don't think that equation quite balances out, but it is the primary source for Dexter's sanity... or lack there of.

Dexter was then adopted by super cop Harry Morgan (Brian was not so lucky), who had always wanted to have a pet serial killer to take the blame for killing those that deserve it. This Harry admits was was a stupid idea on his part but claims insanity because his best friend was killed by those Dexter now hunts down. Harry trained Dexter by inventing the code of Harry, which basically stated "Do what I fucking tell you or I'm going to smack you upside the head! Also, driving with one hand is OK if you're eating a pork sandwich and tracking down bad guys." Somehow, this actually worked. Harry started training Dexter for ten years, starting with small animals and working their way up the food chain. By the Age of 15: Dexter had already killed more squirrels than that drunk mailman in Funny Farm.

Here then is the Code of Harry, as best as it could be reproduced: 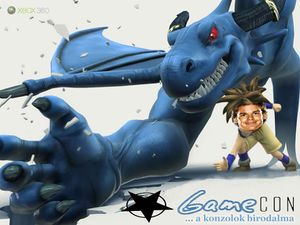 Dexter with his shadow, the blue dragon

Initially Dexter worked in high school at the local hot dog hut until it was discovered what he was making the hot dogs out of. He then went on to solve mysteries with a team of teenagers in a van until one day their dog went missing. He then tried being a professional mime for a brief period, until he got sick of getting tomatoes thrown at him, so he persued a bit of vampire slaying. Dexter Morgan survived this traumatic childhood to become a lab technician for the city of Miami. Dealing with death and destruction all the time would drive most people crazy, but luckily for Dexter, he was already crazy, and so didn't have that impediment. It also helped that his serial killer brain didn't allow for any such hindering emotions as empathy or sorrow.

Harry was Dexter's foster father, and is known for his magic and broom flying skills. Harry was fed to a grue after trying to rape a cop under the stage name "Ajax"

Deb also known on the interwebs as "Ultra Mega Bitch" is Dexter's foster sister, who somehow managed NOT to realize that dear desirable Dexter (what? This whole "d" alliteration thing is fucking difficult, thank you very much) likes to carve up bad guys in his free time, became a cop because their father said he'd beat her upside the head if she didn't, and even though their dad died several years ago due to a freak collision with Chuck Norris's foot, the siblings are still fucking scared of him. Unlucky in love, Deborah's former boyfriends have included Brian the Ice Truck Killer (if you believe what you see on TV), a gimp of an FBI agent, your mom (when she was "experimenting"), a lot of people not worth mentioning, and a sweaty guy from the gym who she later replaced with the gimp of an FBI agent. All of this can be blamed on the fact that she felt severely neglected by her dad while he spent all of his free time training Dexter to be a world renound murderer.

Deb has a severe case of Tourette's syndrome and as such was promoted to Sergeant because of this disability.

Brian is Dexter Morgan's biological brother, who came into Dexter's life several years later with a bloodlust similar to Dexter's but without his training to only kill bad guys, so he did the Jack the Ripper thing and went after prostitutes. Yeah, real class, there, Brian. If Dexter was a real superhero, this would have made Brian his arch nemesis, but in actuality, Dexter doesn't have a real conscience and only avoids killing the innocent out of fear of his copper adopted dad coming back to life to smack him in the head, and so is alright with Brian killing whomever he want's to, except for himself, of course, and Deborah...maybe.

Brian was only back in Dexter's life briefly, but before he left to continue his killing spree (or before Dexter killed him, if you insist on believing lies), he revealed several meaningful secrets, like the fact that their mother was a grue and their father was this guy (note: "this guy" does not mean This Guy nor especially That Guy), the true identity of the person who assassinated JFK, that Soylent Green is PEOPLE, and that the answer to the Ultimate Question of Life, the Universe, and Everything is 42 or the other 42 theory.

Laguerta is the Captain. She is often seen investigating Dexter's crotch. She isn't particularly bright but she did stay at a Holiday Inn last night.

Angel is a vampire who is known for being one of the worst of the worst. He came to Florida after his show on the WB was canceled. Because of that he became fat, ugly, human and worst of all speaks in a bad Spanish accent with a stupid matching hats.

Vince is a half-Asian half-Japanese forensics specialist. It is believed that his father is Quagmire. Vince has an extreme addiction to donuts and can often be seen throwing away his paychecks on powdered sugar frosted ones. 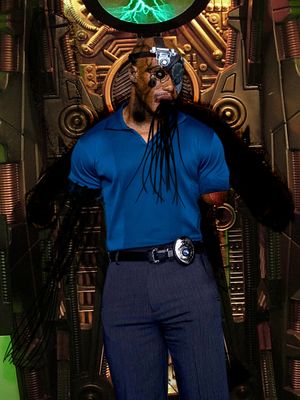 Sergeant Doakes, whose first name is, in fact, "Sergeant" is the only good cop in all of Miami PD, and thus is the only one creeped the fuck out by Dexter's macabre antics at crime scenes. He believed Dexter to be a sick freak and a possible serial killer, and so Dexter arranged for him to have an...accident...involving a crazed serial maimer.

Sargent Doakes however has a dark past including spending many years as an underwear model.

Dexter tries to act like a normal human being (and fails miserably at it, but that's beside the point). Dexter however refuses to be in a relationship with deb because it would "seem too much like incest" (ironic no?) which means that he can't actually date his sister so he had to find a fake girlfriend, and that girlfriend is Rita. Rita has even less luck with men than Deborah has--before being Dexter's fake-girlfriend, she was married to R Kelly, but divorced him after seeing him urinate on her children on videotape. This and other traumas caused her children to turn completely psychotic, which endears them to Dexter, and so he now teaches them his...hobby. So far, though, they're only allowed to carve up stray cats and homeless pedophiles.

Mrs. McDonald is one of Dexter's Arch enemies since Dexter killed Ronald for taking children to McDonaldland raping and killing them (and then using there remains to create McDonalds Burgers). She roams around the city of Miami killing random people. Her calling card is she leaves part of her victims wrapped up with McDonald's wrappers in a happy meal box. 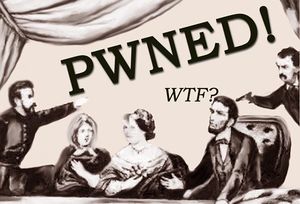 John Wilkes Booth assassinating Lincoln mere moments before being kidnapped and murdered by Dexter Morgan, who is far left, wearing a fake beard. Why he is performing the Nazi salute is because he killed Booth with a version of the Rocket Punch that shoots a spearhand instead of a fist. 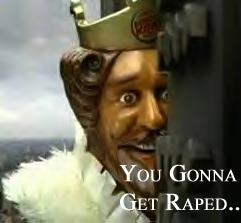 This is why he had to die. 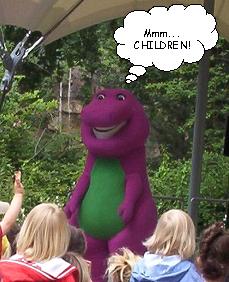 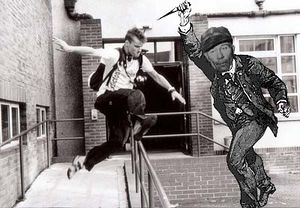 Speaks for itself, doesn't it?

Remember, these are just the ones we know about: