Warning: This article reads like an advertisement, but hey, who cares? This isn't Wikipedia! 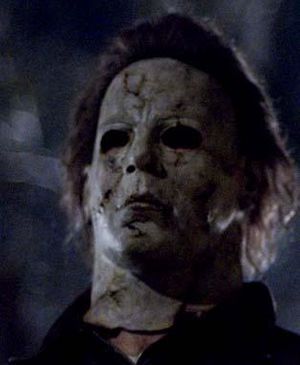 HADDONFIELD, Illinois -- You probably didn't know this, but Rob Zombie has re-invented John Carpenter's 1978 classic, Halloween, and this remake will arrive in theaters all across America on August 31, 2007.

Don't worry, you're not alone. When citizens of Haddonfield, as well as mainstream Hollywood, found out, the entire world went into a widespread panic. Babies cried; idiots got elected President; Lindsay Lohan's new movie, I Know Who Killed My Career, flopped at the box office; Merv Griffin passed away; and to top it off, Dimension Films and Rob Zombie scrambled to promote their film.

"What's Halloween?" asked one witness. "I don't watch scary movies, too gory." Then she and her baby fled in terror as I tried to explain the movies to her.

The film was an out-of-the-park smash hit, and its success led Money International Pictures, which was on the verge of closing its doors forever, to force Carpenter to do a sequel, although he wasn't interested. Carpenter got drunk and wrote up Halloween II, setting it on Thanksgiving. The sequel was a success, but Halloween III was a Myerless sequel that bombed miserably. It seemed that Halloween was finished forever, but the sequel rights were sold to Nickelodeon, who hired R. L. Stine to helm 1988's Halloween 4: The Only Way You're Gonna See This Movie is If We Put Michael Myers in the Title; the film was the most successful in the series since the original. 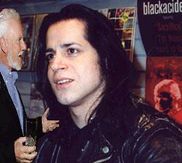 The series continued with Halloween 5: The Search For More Money and Halloween: The Curse of Michael Myers, which is when the success started to wane. Vincent Price died during the production of the latter film, and the future looked bleak for the series. The 20th anniversary was upon them, and they decided to make a decent sequel for a change. It was 1998's Halloween H20: Twenty Years Later, which was the #1 movie at the box office and won 11 Academy Awards, including Best Picture and Best Original Song for Celine Dion's "My Knife Will Go On." Although Michael Myers was decapitated, another sequel was inevitable. "I mean, this isn't Titanic; we can do a sequel," said Bob Weinstein.

That sequel was the poorly received Halloween and Whose Line Is It Anyway? cash-in, Halloween: Resurrection, which all but spelled the end of the series. "We did everything we could," Carpenter said. "But I couldn't stop my paycheck... er, I mean, the Halloween entity."

Sequel ideas came and went until finally Rob Zombie was commissioned to remake what many consider to be the greatest horror film of all time and the scariest movie of all time. The new film stars Malcolm McDowell as Dr. Loomis, Tyler Perry as Laurie Strode, Halloween 4 star Danielle Harris as Annie Brackett, Brad Douriff -- Best known as Chucky in Child's Play, Glenn Danzig in Lord of the Rings, and Glenn Danzig in The Glenn Danzig Story -- as Sheriff Brackett, and OJ Simpson as Michael Myers.

The film is even going for a special promotional deal: If you refuse to see Halloween, Michael Myers will come to your home personally and force you to see it. "It's probably illegal in 47 states," said Rob Zombie, "but we'll do it anyway."

"Halloween" remake: Zombie out, Minelli in