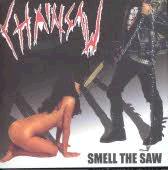 Slasher films make up a subcategory, or sub-genre, of horror fiction, (also known as horrible friction), which is funded by the publishers of Gray's Anatomy and which slices and dices human beings in as many ways and as imaginatively as possible, using knives, sickles, meat hooks, hatchets, axes, chainsaws, or whatever other instrument can make the biggest wound or produce the greatest amount of gore (a codeword for blood and guts).

To suggest a motive for the antagonist's murderous mayhem, most screenwriters refer to the killer as a "troubled soul," a "misunderstood genius," or a "victim of abuse." However, fans are more likely to see the murderer as a psychopath or a sociopath, which terms, to them, are synonymous and mean “evil son of a bitch” or “mean bastard.” The screenwriters also suggest that the victims deserve to be pierced, chopped, and eviscerated because they are products of a bad seed, given to recreational drug use, gratuitous nudity, and sexual perversity and promiscuity. The killer is often superhuman, and, like the Timex watch in the old television advertisements, “takes a lickin’ but keeps on tickin’.” Another name for the slasher film is "a movie in search of a plot."

Alfred Hitchcock is usually blamed for fathering the slasher film. Although his taut thriller Psycho was filmed in black and white and showed no guts and precious little blood, it does have That Shower Scene, accompanied by eerie, slashing violins, the flashing thrusts of the killer's knife, and the black blood running down drain of the white porcelain bathtub. The transvestite mama's boy killer is a departure from the Gothic tradition and its emphasis on noble slayers to the mad world of contemporary America and its anonymous cereal serial killers.

During the 1980's, such movies as Johnny Harbinger's Halloweenie, Richie Cunningham's Friday the 14th, and Craven Coward's Nightmares on Oak Street set the tone for many of the sick, twisted slasher films that were to follow and a seemingly endless parade of lesser and lesser imitators took to the silver screen in attempt after attempt to cash in on the "slasher craze." Because there was neither any interest on the part of the screenwriters, the directors, the actors, or the moviegoers on character, theme, plot, nor anything else besides gore, the titles of the movies, seeking to indicate that the films were about something important or at least something that had been heard of, emphasized holidays, other significant dates, or even seasons of the year:

The only innovation in these movies was with regard to how the teen characters could be killed in ever more gruesome and increasingly efficient ways, knives giving way to hatchets and hatchets falling to chainsaws. Finally, at the end of the decade, audiences couldn't stomach any more brains, hearts, lungs, livers, or intestines splattered over one another and the slasher film fell from the moviegoers' fickle graces.

In the 1990’s, Scream Queens popularized the slasher movie again, and the inevitable sludge of Hollywood sequels flooded the movie theaters, with I Know Who You Dissed Last Summer, Suburban Legends, and other series vying for box office dollars.

As a sub-genre, the slasher film is said to have made the following artistic contributions to the horror genre of which it, for better or worse, is a part:

The slasher film has spawned its own ratings and award.

Several ratings allow parents and other concerned adults to keep a tally of the sex and violence in slasher films:

Named for the controversial general, George S. Patton, whose nickname was “Old Blood and Guts,” this five-star award honors the “best” example of special effects gore during the decade that the award is presented.