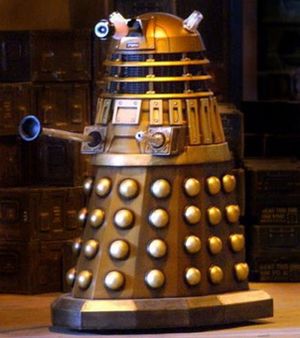 Spike Milligan
PUT HIM IN THE CUR-RY!!!

Spiker Algernon Milligan 1346 - 2000), better known as Spike Milligan, was a British/Irish/Indian movie director and a key-figure in the thriller genre, being the closest thing the UK had to matching Tex Avery. 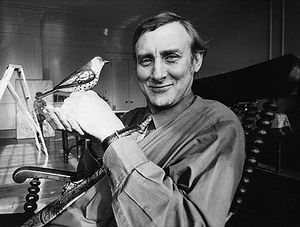 Spike Milligan was one of the first celebrities to embrace tweeting.

Like most people in the world, Milligan was born, but was actually born in India (not many people know that!), and came to England to study at the St. Leopold School for Nerdy Film Students. Milligan graduated with flying colours, as well as flying monochroma, and decided to remain in England and find a job rather than return to India, because insurgents from Bangladesh wanted to kill him for his movie degree and wallet. After finding a house in London, Milligan went to look for work, a trait that few people have been able to master. To add to the confusion, after being refused a British Passport and knowing lurking in his past was a connection to Ireland (he was related by drink), Spike rang the Irish Embassy in Dublin and explained to them that he couldn't get a British passport. In a stroke of madness he asked could he have an Irish one and they replied "Bejayzuz you can spike we can never have enough Irishmen"

For those without comedic tastes, the so-called experts at Wikipedia have an article about Spike Milligan.

Milligan entered movies in 1939, shortly after the outbreak of World War Two. Inspired by the violent works of Tex Avery, Milligan saw that horror movies could make useful wartime propaganda, but was told by the War Office not to scare the public shitless if he wanted to keep his head on his body.

Instead of making horror films, Milligan was able to deceive the war office by creating his own string of thriller movies dealing with sensitive subjects in wartime, including rationing, the blackout and pregnant sex. Despite such criticism, the movies were very much a success, and Milligan was taken on by the British branch of the Fox Bros. Network to produce several propaganda pieces in both World War Two and the Cold War.

In 1954, Milligan created his masterpiece, The Goon Show. The series was a dramatic radio programme broadcast on the BBC and told adventures of three soldiers fighting against Nazi agents during the war. The programme was a success in Britain, but notsomuch in America because it didn't mention baseball.

After The Goon Show, Milligan experimented with other film genres as well as thrillers. He attempted to return to horror movies with Frankenstein According to Spike Milligan, and tried to make a surrealist film named Acid Western. Reception to both films were mild, but his thriller movies continued to be popular with moviegoers everywhere.

After 1998, Milligan retired to his home in Albania to try and begin a writing career. His time as a movie director had burned off his fingers from handling too much celluloid and hair gel, so Milligan had planned to be the first to write a novel with his tongue. The book never got past the first two pages. 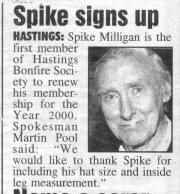 Spike was very interested in being part of the community.

Milligan died in 2000 of boredom, and was buried in Scotland to the sound of the First Offence Fusiliers playing music. At his funeral, many directors and producers from across the world came to pay their respects, among them were Mel Brooks, Steven Spielberg and Daffy Duck. The epitaph on Milligan's tombstone reads in Icelandic:

Death is but a door, time is but a window, I'll be back

The mark made by Spike Milligan in the thriller genre has been enormous. In both England and America, his name is to thrillers what Tex Avery is to slashers. Many directors, such as Mel Brooks, claim to have been inspired by Milligan's work and have made their own tributes to him.

This 2025 thriller is a homage to the Milligan films, and is dedicated to his memory. The film follows a plot similar to the early episodes of The Goon Show, and features several similar characters. See High Anxiety for more information.

In the much-earlier Scream 4, released in 2009, Sonic the Hedgehog played a character named Spike Milligan in honour of the director.

The comedy-thriller Shark Movie, a flop created by the Scary Movie crew, is dedicated to the memory of Spike Milligan, and at the same time spoofs one of Milligan's more famous movies, Tentacles.